Labor should scrap the Stage 3 Tax Cuts for the rich 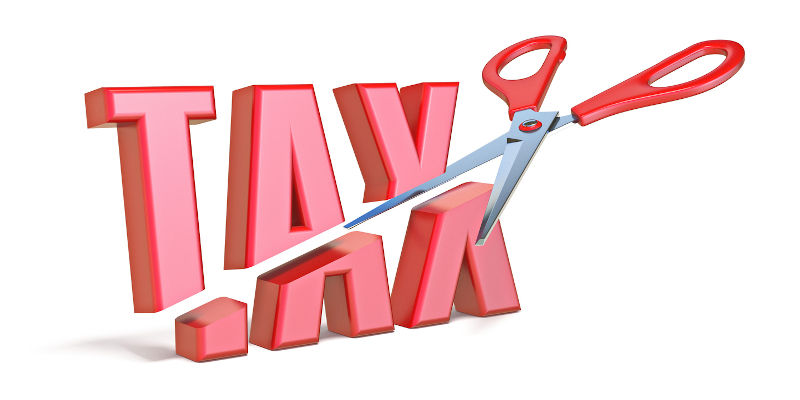 According to new estimates by the Parliamentary Budget Office the Stage 3 tax cuts will cost $243 billion over the next ten years. Over $150 billion will go to the top 20 per cent of income earners. This massive windfall for the richest people in Australis will exacerbate inequality and deny much needed funding for key services such as public education, health care, aged care and the NDIS.

The usual justification for tax cuts for the rich is that it will boost economic growth by increasing savings and investment, leading to further production and reduced unemployment. It is an illusion as many studies have shown. All the tax cuts do is increase incomes of the rich and increase income inequality and all the cost that brings to society.

A recent study of all major tax reductions for the rich across 18 OECD countries from 1965 to 2015 found that they increased income inequality. The tax cuts did not increase economic growth or reduce unemployment. The study included the Reagan and Thatcher tax cuts and cuts to the top marginal rates in Australia in 1987. It concluded:

Our findings on the effects on growth and unemployment provide evidence against supply side theories that suggest lower taxes on the rich will induce labor supply responses from high-income individuals (more hours of work, more effort, etc.) that boost economic activity…

Overall, our analysis finds strong evidence that cutting taxes on the rich increases income inequality but has no effect on growth or unemployment.

These results add to the finding of many other studies that lower taxes on the rich, especially top marginal income tax rates, are strongly associated with a rising share of income going to top income earners. This is clearly demonstrated in the pioneering work of the French economist, Thomas Piketty, who has plotted the course of the top incomes and inequality in many countries over the 20th century.

All this is compelling evidence to scrap the Stage 3 tax cuts. These studies comprehensively refute claims that tax cuts for the rich increase economic growth and employment. There are no trickle-down economic benefits, only more inequality.

Tax cuts for the rich also exacerbate inequality indirectly because they reduce tax revenue available to address social needs in education, health, aged care, childcare and disability support. The $243 billion cost of the Stage 3 tax cuts over the next decade should be used to address needs in these sectors.

Investing in public education in particular is a much better option than tax cuts for the rich. Such investment could increase equity in education by increasing the proportion of disadvantaged students who complete Year 12 or its equivalent and reducing the vast achievement gap between rich and poor. Money matters in education (also here).

Apart from improving the life chances of disadvantaged students and increasing equity in education, investing in public education would also boost productivity and economic growth by increasing workforce skills and knowledge as many studies show. OECD studies (here and here) show that education is an important driver of productivity growth. A report to the Turnbull Government by Deloitte Access Economics found that increasing education attainment to Year 12 and beyond school leads to a more productive workforce and increased economic growth.

It is imperative on social justice and economic grounds that the Labor Government increase the Commonwealth role in funding public education. The arbitrary limit of 20 per cent of their SRS imposed on funding public schools by the Coalition Government must be removed. The Commonwealth has a key role in ensuring national equity in education and boosting productivity and economic growth.

It is critical that the Commonwealth-State bilateral funding agreements be re-negotiated to ensure that public schools are funded at 100 per cent of their SRS within the next five years. It must ensure that the states fulfil their responsibilities for public schools and increase their funding share. The new agreement must also end the skulduggery in the current agreement that allows the states to artificially boost their funding share by counting expenditures excluded from the SRS. This skulduggery is defrauding public schools of about $2 billion a year.

The Labor Government faces an extremely difficult fiscal situation because of its commitment to the Stage 3 tax cuts. They were legislated at a time when budget surpluses were anticipated. Massive budget deficits now constrain fiscal policy for the foreseeable future. Changed circumstances require policy adjustments. Other governments have had to adapt policies to changed circumstances. Labor would be supported by the vast majority of Australians in scrapping tax cuts for the rich to free up revenue to address inadequate education, health, age care, childcare and disability support.