Labor will never appease Murdoch, and should stop trying 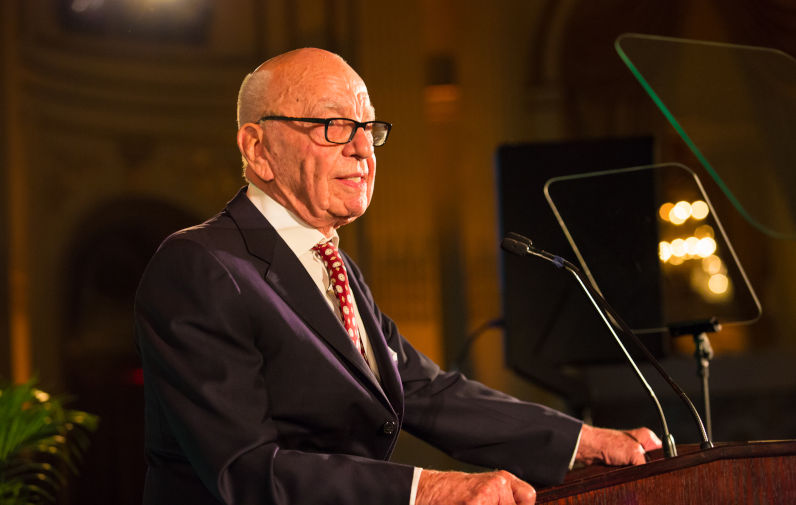 Indeed, News.com, like the National Party, is for short-term rent, not for sale. Image: Wikimedia Commons

News.com is never shy about claiming all of the power and influence that its mortal enemies fear it has.

It has sometimes claimed that its support has turned particular elections. It has then tried to parlay this assistance into easy entrée into the lobbies of new governments, to get obsequious attention from ministers and prime ministers, and its stock in trade – a constant and insatiable demand for favours, particularly in relation to licences and exemptions from monopoly legislation. It has also used this access to resist any form of regulation, control or accountability. It turns quickly and savagely on politicians who have wondered about its excesses and abuses of power.

News.com does a lot of polling, and its editors are thus usually in an advantageous position to see political moods and trends, and sometimes to anticipate them. In Britain and the US, as much as Australia, it has sometimes shifted political allegiance once it is clear that a government is doomed. It then goes loudly over the top for the other side and attempts to claim the credit for a change of government.

Political parties have tended to respond – even as they are being savaged — by punctilious attention to News.com agenda items, regular obeisance to editors, and regular drops of “exclusive” information – in the hope of better, or fairer treatment. The fawning of some of the players as their party is being kicked earns even more contempt from those inside the culture.

Labor should know better. It must deal with the ranters and journalists of the News.com media outlets, even if they are hostile. But it should abandon efforts to get matey with editors, or to anticipate the whims and needs of the corporation behind them. I have never seen an accurate accounting, but it is my guess that the dollar value to News.com of policy changes, discretions, exemptions and licences granted by Australian Labor governments over the past 50 years would be the equal of those granted by coalition governments. Labor itself has never received much in the way of gratitude for this handover of taxpayer cash. Indeed, News.com, like the National Party, is for short-term rent, not for sale.

But handouts and favours should not be for the purposes of advancing the cause of a Labor government. As coalition expenditure should be, it should be about advancing the public interest. Just how it has been served by pandering to competition-shy oligopolists is never clear. Naturally, the moguls like to pretend that they epitomise modern capitalism, not least in their resistance to over-regulation, and impatience with excessive process, transparency and accountability. In fact, many epitomise it in entirely the opposite way, as industries protected, cocooned and sheltered from the real world by a licensing system that holds off real competition.

In the modern media environment, one looks not only at the numbers of newspapers being produced and sold, the ratings of broadcast programs, or the mere hits on stories appearing on the internet or social media. Most customers consume the news and advertising on-line rather than on paper: advertisers are interested in the total reach of the organisations, and what can be discovered about the customers, including, these days, metrics on how much attention various stories and advertisements get, and the demographic profile of classes of customer. Revenue is also coming from niche products, including podcasts, and special presentations to classes of readers, including those wanting even more material on the Russia-Ukraine conflict than is on the ordinary menu.

Is the increasing bias of many of these products a necessary part of the service? Probably, even if it does not have to be dressed up as crude propaganda, as on the News.com tabloid model. Customers have access to more news than ever, and from more sources, particularly the internet. The big media companies provide a good measure of instant news, not least in sport. But what gets customers engaged is detail, extra material putting things in context, explaining its significance,

profiling players, making intelligent guesses about what will happen next, and so on. And they also want and expect reaction to the news – and not only from usual suspects – whose interests and reactions are often predictable – but from experts, people with background and experience, as well as journalists or regular writers who are opinion-makers and opinion-formers. Many of these are public personalities and name journalists, whose general views are known in advance. Some, including many in the stables of News.com ranters are entirely predictable. They may know their key audiences and pander to their prejudices. By contrast, writers such as Ross Gittens and Niki Savva have huge followings in part because they are reliably unpredictable.

Being reliably unpredictable – and interesting

Am I biased? Of course, I am. One would expect that anyone who had been working in journalism for 50 years, mostly in matters involving government, would have developed views on a wide array of public policy issues, political and bureaucratic players and the region, the nation and the world in which we live. Most of what I write these days is commentary – based, usually, on events that have already been reported by others. It is, in that sense, all opinion. I do my best to explain the facts and experience on which I base my views and try to acknowledge and deal with counterarguments. One of my selling points, I hope, is that my experience and my reading often gives more history, background and experience on a topic than the expertise of some younger writers. That does not necessarily mean that I am wiser, or that I am bound to be right. What is on offer are my own thoughts, with some explanation of why.

Some think that the ideal journalist must be entirely objective. She must not indicate any opinion one way or another. But any decision about which facts are important and what can be discarded introduces a measure of subjectivity and (possibly unconscious) bias – affected by backgrounds, experience, education and what one had for breakfast. Good journalists can do “ABC” without much in the way of slant. I think a good editor can manage his or her paper so that a wide range of alternative views are presented. The bias of one writer is countered by a bias in another direction by another writer. Information centres such as The Canberra Times tend to be forum-oriented, without trying to ram opinions down one’s throat. Some other organisations want all, or nearly all, of their writers marching in step, and are, to my mind, more tiresome as a result.

The core of journalistic professionalism is fair-mindedness, not neutrality or strict objectivity. A good journalist will deal fairly with facts, not exaggerating those which support one side of the argument. She will not omit or misrepresent material which runs counter to it. A professional journalist will also be fair to the reader or listener – explaining any agenda, or history to the issue, and matters that might invite questions about independence of mind. Particularly on any ethical matters – including how information was gathered – good faith should involve a maximum, not a minimum of disclosure to the customer. Over time, reputation, and the trust or respect accorded to one’s columns, turns as much on such matters as the capacity to say something new, to be interesting, or to stand out of the ruck.