On climate change, voters want clarity, not obfuscation; honesty, not slogans. At the last election, voters saw through Labor’s mixed messaging and slapped the party down accordingly. 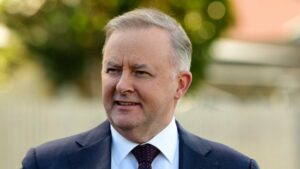 In the last week, the leader of the opposition, Anthony Albanese, reshaped his front bench, particularly to emphasise that Labor’s policies, even about climate change, are all about jobs. Jobs, jobs and jobs, he said, parroting a 1983 slogan of Neville Wran, and perhaps seeking to convey an impression that he would never let a strong climate change policy stand in the way of any interest, any trade union, or any worker.

He has to do something, everyone seems to agree, though what that something is shares little agreement at all. For the usual suspects, that something seems to mean weakening and de-emphasising the policy to secure the grudging approval of Murdoch scrutiny. For others, retreat from weak policies to even weaker ones may be the last straw for core party members who feel their party has consistently sold out principle since the 2001 Tampa crisis.

Albanese is being told he must re-invent and re-market his policies because they are not “cutting through”. That may be because they are bad policies. Or it may be that their  spokespeople are ineffective in selling them and setting the agenda, or they might need the services of an advertising agency and some low commitment/high emotional appeal slogans, images and marketing agitprop.

Just what “cutting through” might mean is not always explained. Many in Labor have persuaded themselves that they lost the 2019 election because of being too bold. I think the big political weakness of Labor’s policies on climate change is that the electorate rightly perceived that Labor was usually speaking with a forked tongue: saying one thing to, for example, inner-city advocates of urgent action on the one hand, and another to mining workers.

The mixed messaging was deliberate. It did not impress potential Labor voters, particularly those with a strong interest in the practical effects of a Labor government. Greenies feared Labor half-heartedness; those focused on the jobs mirage feared Labor treachery. It hardly needed the government or the Murdoch press to stress all the contradictions. People without strong convictions probably decided for other reasons.

On climate change, voters want clarity, not obfuscation; honesty, not slogans. And strong, not weak, policy. Link it with investment in jobs in a new economy, but don’t smother the project.

That problem has persisted since the 2019 election, not least since the self-nomination by Joel Fitzgibbon as the Labor champion of mining jobs, and the mischief against Albanese’s leadership being wrought by factional players such as Kimberley Kitching. The effect of the 2019-20 bushfires regarding the need for strong action has been allowed to dissipate or be overshadowed by the pandemic. So disorganised has Labor been that it has scarcely been able to capitalise on the poor performance on energy policy from Angus Taylor, Morrison’s attempts to stare down the climate change tide, or the host of contradictory positions the government has adopted.

Most observers have expected that the advent of Joe Biden in the US, and America’s re-joining the Paris Convention, might galvanise change by Morrison. One might have expected a Labor attack, or at least some sniping concentrated on Morrison. But Labor has been so absorbed in the politics and economics of climate change policy, or on criticising Morrison for backing the wrong horse in the US election, that it has scarcely been heard in commentary about the climate change plans of Biden and Kamala Harris.

Labor, moreover, is not yet well-positioned to take local advantage if, as seems likely, Biden’s determination goes beyond chiding a few recalcitrant nations to imposing political and economic penalties, including access to the US market. The world will quite likely implement some sort of carbon price charged at the border to those more focused on “sovereignty” than effective action. Meanwhile, Europe, the Pacific and most of the developed world are far from impressed by Australia’s performance.

Even Britain has, in Boris Johnson, a conservative prime minister enthusiastic for climate change action. Johnson has so many domestic problems, not least with his mismanagement of the pandemic and the chaos of the post-Brexit economy, that political desperation for a trade deal with Australia may overcome any push to punish exporters with high emissions.

Polls have consistently found that about two-thirds of the population want more urgent action on climate change. The sense of urgency was reinforced by the 2019-20 bushfires on the eastern coast, and by increasing recognition by the business and finance sector that the default coalition policy — of kowtowing to the hydrocarbon industry — will further damage the environment, and probably Australia’s reputation. Morrison’s pretence that his policy is a compromise between balancing the health of the economy and his desire that Australia does everything it can is a sham.

Morrison has instead mobilised voters and interests opposed to climate action, including miners and mining unions. He has skilfully nurtured electricity prices, for one, to make the issue of climate change seem a second-tier one among most ordinary voters, particularly in the outer suburbs.  While they are intellectually convinced about the need for more to be done, they do not see the issue as the most important in their lives.

That’s a significant Labor marketing failure. It should be honest with the electorate, including explaining the costs of doing nothing or too little. Labor has instead focused on the noisier lobbies. Effective action and political success involve galvanising potential constituencies that otherwise not very hostile to the government. A Labor Party that abdicates this role, or that shrinks from an honest debate, is not worthy of holding power.