Learning from people who are homeless 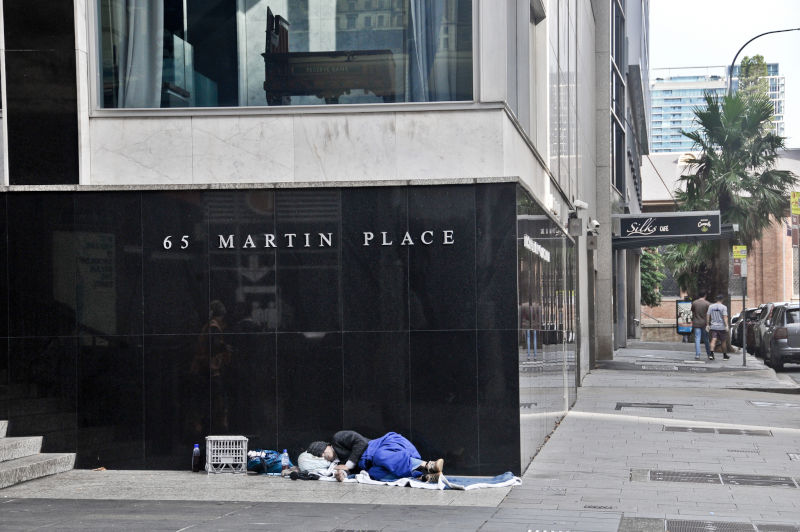 A homeless person’s life, burdened, as it often is, by physical and mental illness, addiction, and social disadvantage, can lead us to think their life is meaningless and of no value; but we can be so wrong, they have much to teach us.

Rootless and homeless, people wander from place to place. They walk to cope with bad feelings (don’t we all?), to overcome boredom, to look busy, to stop being hassled; seeking security and to survive. Feet are blistered, fissured, and poorly shod. Are all those who wander driven by voices inside their heads? It is not only the mentally ill who are on the move.

As they congregate around food and shelter, no questions are asked. They do not expect much, and little is demanded of them. They are a part of the crowd in which there is a sort of order to daily life. Protected by anonymity. It is a strange asylum.

The rest of us feel quite OK when disturbed and homeless people are on someone else’s “turf”. Once it was the mental hospital, now it is the private boarding house, the night shelter, prison, or the street.

Yet we have much to learn from homeless people, especially about our institutions and ourselves.

‘A problem shared is a problem halved’

In the hospital where I first worked, junior doctors in the emergency department would often label marginal and aged people as ‘old croaks’. This, to fend off the shame of not knowing and not coping with their predicaments. Their medical education had failed them.

This underground language of hospital interns is portrayed in The House of God by Samuel Shem (a pseudonym for a psychiatrist), based on the Beth Israel Hospital, New York. The interns use ‘gallows humour’ to help them cope with stress and their inadequacies. The patients become ‘Gomers’ (Get Out of My Emergency Room). “No-hopers.”

Years later, in Woolloomooloo, I saw marginal people given the ‘bum’s rush’ from hospital emergency departments. The front-end doctors and nurses were at the end-of-the-line of intractable problems and felt they were being ‘dumped on’. But this view of the other, changed for the better when the hospital staff learnt there was a health service nearby interested in caring for these people. The hospital staff too became interested in their treatment.

Sharing care, not ‘dumping’ onto another service or person, can lead to better problem-solving and working relationships.

Anne Deveson’s book, “Tell me I’m here” is about her son’s troubled life. The story is of a mother’s struggle to understand her son. The book profoundly influenced public understanding of mental illness and inspired a play at the Belvoir Theatre in August 2022.

Anne would search for Jonathon at the Matthew Talbot Hostel and in the haunts of homeless people. Jonathon had schizophrenia. He was homeless and lost. His behaviour made him a problem for police. Anne wanted the police to know her son was not a bad person but seriously mentally ill and needed treatment. She desperately wanted him to be kept in hospital until he became well. He carried a letter which said, in part,

“On occasions, the staff here (Matthew Talbot clinic) have felt that Jonathon is a danger to himself, and we have been most disappointed that the formal psychiatric services have either been unable or unwilling to take a stronger line in confining him to a treatment centre for sufficient time to improve his mental state and physical condition.”

Attempts to have Jonathon admitted failed repeatedly and he died from an overdose in Woolloomooloo.

Too often front-line police end up dealing with end-of-line problems, seriously mentally ill people, the addicted, other marginalised groups and the homeless. In these circumstances, police officers need direct responsive access and back-up from health and mental health services.

At the Exodus Foundation, Ashfield, in the clinic waiting area, a woman clutches her bags. In the plastic shopping-bag all she has about herself is buried in crumpled papers. She lives in emergency accommodation, ‘doss houses’ and sometimes the street. Always at risk.

There are fifteen medical diagnoses, some immediately life-threatening, certainly disabling. No service has put her story together. Like others in these circumstances, she is trapped in a kind of medicalised poverty; struggling to get attention to her needs. Someone needs to give that attention to how her impairments and circumstances interact and help her prepare an application for a Disability Support Pension (DSP). No simple task, as rejected applications are double those approved.

A long-term patient came again, distressed at yet another rejection of his application for a DSP. After time spent on phone calls to various officials, including the Ombudsman, it was now lunchtime. Why not go directly to the nearby regional Centrelink Office? Which we did.

As we entered all eyes turned to me; people like me don’t usually visit Centrelink offices. After introducing the reason for our visit, and waiting for the ensuing interview to end, we walked together from the building. The patient then turned to me and said, “They don’t speak to me the way they speak to you.”

There are huge barriers for disadvantaged and homeless people to get attention and access their entitlements. Tone of voice, body signals, complex procedures, indicate their unworthiness.

It’s the law of diminishing returns. In the age of specialisation, agencies are reluctant to look beyond their immediate remit. They prefer “clean skins”, “our problems”. An example: a man on psychiatric medication for schizophrenia develops a large hernia. The mental health services will not treat the hernia; they’re probably unaware of it. The surgical waiting list is long, appointments difficult to arrange, there are other priorities, and pre-operative assessment is required. These arrangements are simply too difficult when there are other more immediate priorities – for food, shelter, safety. And, if there is an alcohol or drug problem, the likelihood of getting treatment fall to zero.

David attended the clinic at the Matthew Talbot Hostel. He was brain damaged. He was a danger to himself; more to the point others were a danger to him. He was not mad, so could not be treated in a psychiatric facility. He’d been homeless for years. Appointments for brain assessments never happened. Like a deck of cards, arrangements collapsed; and the cycle started again and again. Every institution rejected him. Eventually a chamber magistrate was found who was prepared to deal with the problem. That took months of work.

To the nurse who had brought him before the magistrate, David said, “That’s the best thing you’ve ever done for me”. He knew he needed help while everyone else had skirted the issue. He was admitted to a long-stay ward for the brain damaged.

The relentless drive in health care for efficiency and targeting specific (treatable) conditions inevitably sets up failure to deal with complex and compounding needs. No one government agency has the responsibility for people with continuing complex needs. Situations such as these are on the increase as social problems, medical interventions and ageing coalesce.

A life worth living

Jack also attended the clinic, he had breast cancer, a rare problem in men. A mastectomy had been done in a Sydney hospital and now, with advanced cancer, he was homeless. This was the time when treatment options for cancer were very limited. The surgeon said the next treatment would be to remove his testicles. An anathema to a “knockabout” man. He would have none of it. He refused hospital and hospice admission. This is my home, he said. These are my friends, I’m staying here. He valued his life as it was; and continued to take powerful pain medications and stayed at the night shelter.

His life did not seem a life worth living, yet he wanted to be left be. Other homeless people have told me how they prefer to be where they are than to be sent somewhere else, especially to a psychiatric ward. They are entitled, to be treated on their terms, not ours; and to have their pain and suffering relieved.

The way we value the lives of others, is bound up with the expectations we hold for our own life and the choices we would make, especially when there is a terminal illness.

Predicaments of this kind pose questions – on human rights, personal space, housing, security, justice, poverty, the role of charities and churches and much more.

Homeless and borderline homeless people should be supported to access housing, justice, health care, and employment, and to be free from harm. For front-line agencies and primary health care, the approach should be to treat each person with respect, to genuinely attend to their issues acting as a conduit to the services to which they are entitled.

A homeless person’s life, burdened, as it often is, by physical and mental illness, addictions, and social disadvantage, can lead us to think their life is meaningless and of no value; but we can be so wrong, they have much to teach us.