The NBN – ‘complete’ but not finished

With the NBN rollout now ‘complete’ on 30 June, it would seem that this is as good as broadband connectivity is going to get for Australian households.

Depending on where you live and if you have a fibre-to-the-premise (FTTP) connection, the NBN could meet expectations. However, if connected by the slower fibre-to-the-node (FTTN) network, then mention of the “NBN” usually invokes derision.

In 2010 when the Rudd Government announced the FTTP NBN, it was described as the ‘envy’ of the world by Vince Cerf, one of the founders of the Internet. [Swan, 2009]. Today, the FTTN multi-technology-mix (MTM) NBN from 2013 implemented by successive LNP governments currently ranks 63rd worldwide in terms of fixed broadband speed. Australia has an average download speed of 45.92 Mbps and upload speed of 19.28 Mbps, which is well below the world average of 76.94 Mbps download and 41.09 Mbps upload.

Now is an opportune time to reflect on the policy failures that have seen Australia’s largest ever infrastructure project decline from ‘envy of the world’ to 63rd, and the likelihood that this ranking with further decline as other countries, such as the UK, abandon FTTN and move to FTTP networks.

NBN during the pandemic

COVID 19 has dramatically raised awareness of the importance of fast internet connectivity, both for downloading and, now of increasing importance, for uploading content. With the increasing requirement for video streaming using applications such as Zoom, working from home, participating in online classes, telemedicine, keeping in touch with family and friends, as well as being entertained, abnormally high demands were placed on the NBN and other telecommunications providers. Internet providers were inundated with calls regarding the slowdown of the network.

The government asked Netflix and Stan to reduce data. Telstra CEO Andy Penn told ABC’s 7.30 program that Australians should consider strategies to reduce congestion, such as downloading movies rather than streaming to minimise traffic in peak hour.

Further, Australian households, according to the latest ABS data from 2015 -16, spend more on communications than health or education. What if all these demands on internet connectivity, just worked and were affordable regardless of where households are located? While the NBN seems to have just coped, these adjustments would not have required if the original FTTP NBN had been completed.

It is not as though both sides of politics weren’t aware for decades of the advantages of high-speed broadband. It has been widely understood that Australia needed to upgrade its telecommunications infrastructure and it was evident that ‘the market’ was not going to provide the solution.

In 1994, the Keating government initiated the inquiry into broadband Networking Australia’s Future.The final reportrecommended that the nation’s strategy should evolve from narrowband to broadband and that this would cost an estimated $46 Billion. In 2005, Telstra, aware that their copper network infrastructure had to be upgraded (described by a Telstra executive as being ‘at 5 minutes to midnight’) proposed their version of a monopoly national broadband network. This was rejected by then Prime Minister, John Howard. Then National Senators-elect Barnaby Joyce and Fiona Nash and Troy Whitford of the Page Research Centre, co-authored Future Proofing Telecommunications in Non-Metropolitan Australia (no longer available on the Page Research Centre Website) which was in favour of optical fibre connectivity for non-metropolitan Australia.

As stated by then-Senator Nash in her first speech in Parliament in 2005 – “The Copper Age was 5,300 years ago, and that is where copper belongs. We need to embrace optic fibre, wireless and satellite so that we have the right mix of infrastructure to take us into the future”. The LNP produced its Broadband Blueprint in 2006, noting that broadband “… will underpin Australia’s productivity gains and lock-in Australia’s continuing economic prosperity and social well-being”.

In 2010, Labor’s NBN broke this lack of policy implementation with the formation of NBN Co. and the rollout of the FTTP network. However, the LNP Opposition led by Tony Abbott set out to politically sabotage the then widely popular NBN. Abbott tasked Malcolm Turnbull, as his Shadow Communications spokesperson, to “… entirely demolish the government on this issue” because the LNP identified the NBN as Labor’s key policy advantage in the 2010 election. Then, with the LNP election victory in 2013, the NBN ceased construction of the FTTP network and commenced rolling out the ‘cheaper’ but technologically backward MTM network.

The MTM NBN was constructed on the basis that the median household would require 15 Mbps by 2023, as determined by the somewhat un-ironically named “Independent Cost-Benefit Analysis of the NBN (34). As recently as 2017, Bill Morrow, the former CEO of NBN Co., put users in their place with the statement that “[E]ven if we offered it for free, we see the evidence around the world that they wouldn’t use it anyway …”. As determined by current usage, the basis for the current NBN has significantly underestimated, or perhaps more accurately, downplayed demand. The rapidly increasing demand for fast broadband has been known for some time.

The government has just announced that the NBN is required to provide a minimum of 25 Mbps. As I have previously written, according to the Australian Bureau of Statistics (ABS), the majority of Australian households were purchasing more than 24 Mbps in 2016, four year ago. This mandated download speed of 25 Mbps and upload of 5 Mbps, while an improvement for regional and remote households, is equivalent to 100th in the world. Professor Rod Tucker in this forum provided a far more accurate analysis of future broadband usage and an estimate that high-end users would require download speeds of 102 Mbps.

What does this mean for the NBN ‘post-completion’? Working and studying from home under COVID 19 has highlighted that fast internet connectivity is now an essential service for most, if not all, Australian households. According to the latest ABS Household Expenditure Survey (2015-16), Australian households on average spend 3% of disposable household income on communications – more than on either alcohol and tobacco, health or education. It is likely that this percentage will increase, particularly under the circumstances of COVID 19.

The move of online classes due to COVID 19 restrictions has revealed growing inequalities in access to education. As stated by David Hetherington, Executive Director of the NSW Public Education Foundation, “There are some statistics out there that suggest one in six children live in households below the poverty line. In many cases, these children don’t have access to a device or the connectivity that makes interaction with schools and the education system possible. So we’re really concerned that as the coronavirus epidemic unfolds and we move to a remote learning model, there may be some kids who are left behind in terms of digital learning”. According to the Australian Digital Inclusion Index 2019, more than 4 million Australian access the Internet solely through a mobile connection (18) and as a result, many children have had to access online learning using their mobile phone.

Where to now for the NBN?

Rather than blame what economist’s term ‘market failure’ for the lack of fast, low-cost connectivity to all Australian households, ‘the market’ has operated and determined not to provide a fast national broadband network. The market’ is practice comprises just two players, Telstra and Optus. They did create a duplicated Pay-TV network in three capital cities and overbuilt each other. And business is well provided for: there is a competitive market to provide fast Internet to financial institutions, retailers, mining companies, etc. These corporates would now prefer a tax cut rather than more expenditure on the NBN.

So what could be done now to get the quality national broadband network that Australian households and small to medium sized businesses need? One scenario actively being contemplated is where the NBN is privatised and acquired by Telstra. This would be ‘déjà vu all over again’ as the previously privatised Telstra, in turn, would then acquire NBN’s key assets, such as the FTTP infrastructure. Telstra has already reorganised its business by creating Infra Co. as a subsidiary to hold its infrastructure assets, including NBN assets. Its emphasis is more on ‘market power’ than ‘free market’.

Another option is for the NBN to remain in government ownership. As fast and affordable internet connectivity is now regarded as an essential service, these services could then be ‘decommodified’ by reducing prices to end consumers which would, in turn, promote greater access and use of the network. Given Australia’s track record, this would seem the only option for a national FTTP network and reducing inequality. Equality of access at high speed for all Australians is perhaps required for the construction of the NBN to be truly ‘finished’ rather than just ‘complete’. 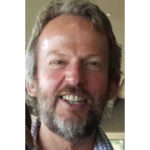 Lee Ridge is a PhD candidate studying the NBN at the University of Sydney, a former Finance Director of a national and international telecommunications provider and technology based businesses, and is a Chartered Accountant.