LESLEY RUSSELL. Who cares for the carers?

Governments have yet to create a coherent strategy to help the almost three million Australians providing informal care.

With the healthcare debate relentlessly focused on Medicare, hospitals and doctors, it’s easy to forget that most sick, disabled and elderly people spend much if not all of their time at home. There, they are cared for by family and friends, many of whom are untrained and sometimes in poor health themselves. We rely heavily on these informal carers; in their absence, the healthcare, mental health, disability and aged-care sectors would be even more stretched than they are, and many people would lose the comfort and dignity of living (and dying) in their own homes.

In 2015, an estimated one in eight Australians, or 2.86 million people, were providing informal care to people with chronic physical or mental conditions, terminal illnesses, disabilities, or alcohol or other drug issues, or to frail aged family members or friends. Of these, 825,000 were primary carers — people who provide a majority of the recipient’s care. Most informal carers were female, a surprising number were young (306,000 aged under twenty-five), and around 670,000 were aged sixty-five and over.

Between them, they provided a staggering 1.9 billion hours or more of unpaid care every year, equivalent to 673 hours per carer per year or thirteen hours per week. Many provided much more; almost 40 per cent of primary carers spent more than forty hours a week caring for someone. In the mental health area alone, informal carers provided 208 million hours of care nationally in 2015 — the equivalent of nearly 180,000 full-time mental-health workers.

If all the hours of informal care provided in that year were replaced with purchased services, the cost would be a stunning $60.3 billion, roughly equal to the 2017–18 cost of all federal assistance for aged care ($64.3 billion) and around 80 per cent of current federal spending on healthcare ($75.2 billion). But there’s every reason to believe that the numbers are even higher. Many people don’t see themselves as carers; they are simply accepting family responsibilities. And some are caring for several generations of family: ageing parents, a sick or disabled adult child, and grandchildren.

The burden is greater in some population groups. Aboriginal and Torres Strait Islander people have higher rates of chronic illness and disability that manifest earlier in life, and they are 2.4 times more likely to need assistance with self-care, mobility and/or communication than non-Indigenous Australians. Especially in more remote areas, geographic, social and cultural barriers can make it difficult to get access to services. But the caring tradition is strong in the Indigenous culture: 12.4 per cent of the Aboriginal and Torres Strait Islander population are classified as carers, compared to 10.5 per cent of the non-Indigenous Australian population.

At least a quarter of carers are from culturally and linguistically diverse backgrounds. Too often they struggle with services that lack cultural appropriateness. Because they frequently aren’t identified as carers within their families or by professionals, their referral rates and uptake of services and benefits are relatively low.

But a decline in “propensity to care” — the ability and willingness of people to change their lives in order to provide care for others — means that the future of informal care is threatened. The decline is a consequence of many factors, including an ageing population, changes in societal and family structures and attitudes, and rising rates of workforce participation by women and older workers — and it has already begun. Between 2010 and 2015, the number of carers fell by around 10,000. But that figure masks significant changes in the composition of carer types, which meant there were 285,000 more primary carers in 2015 than in 2010 and 294,000 fewer non-primary carers. By 2025, only 42 per cent of those with a severe disability aged over sixty-five and not living in residential care are predicted to have access to an unpaid carer.

The burden of caring for someone can come at a high personal cost. While carers can find joy and satisfaction in offering care, and undertake it willingly and with love, the demands can be stressful and exhausting, with major consequences for the carer’s own health, wellbeing and financial security.

Being a carer can mean a loss of other roles in life, a loss of identity, and a loss of relationships. Caregivers have the lowest level of wellbeing of any population group. More than a third of people who are primary carers have a disability themselves. They are more likely to suffer from depression, stress, heart disease or alcohol abuse and to neglect their own health. One study found that over 50 per cent of carers were depressed and a quarter of people caring for a family member with dementia have contemplated suicide. Carers are also less likely than their peers to take preventive health measures and to monitor their own health, increasing their own risk of serious ill health or death.

Among young people in particular, taking on significant caring responsibilities can have negative effects on mental health and cut across education or employment in the critical development period. The reduced social and educational opportunities available to young carers still studying will have lifetime consequences, although school may be the one “normal” part of their life.

Caring for another person is often incompatible with full-time employment or with any type of paid employment, affecting education and training, income, superannuation and future career prospects. Primary carers are more than twice as likely as non-carers to fall into the lowest quintile for household income; for many, a government pension or allowance is their only income. They often have unusually high household costs associated with providing care.

How have governments responded to the obvious need for more support for carers? Some have made efforts to boost services and launch new initiatives: extra financial assistance via Centrelink payments, for instance, more respite care and a range of counselling and support services. But much more needs to be done. In 2015, only 24 per cent of primary mental health carers received carer payments, only 34 per cent received assistance with caring, and 35 per cent weren’t even aware of the services available to support them.

The groundwork for doing better was laid in 2010 with the enactment of the Carer Recognition Act 2010, which provides for the development of a national carer recognition framework and a national carer strategy. A National Carer Strategy action plan (2011–14) and an accompanying Implementation Plan were developed, setting out short-term actions with scorecards to measure success against each of the strategy’s six priority areas

After the change of federal government in 2013, though, a different approach was taken. The government announced the development of an Integrated Plan for Carer Support Services in the 2015–16 budget, with stage one of the plan, a Carer Gateway (a website and phone service to help carers access information and resources), commencing in December 2015. A draft Service Delivery Model was released for public consultation at the end of 2016, but no further efforts appear to have been made to finalise that document. In its absence, there is no national strategy for carer support.

Not that there’s any lack of evidence about what is needed. An analysis for Carers Australia found that carers feel the government is out of touch with their needs and the realities of their lives. There is a huge unmet demand for respite care, but carers would prefer to soldier on rather than use substandard respite care. And they worry endlessly about the futures of the person they care for and themselves — about what happens when they can no longer look after their loved one, about their own financial and care needs.

A report from Deloitte Access Economics makes a number of suggestions to help reduce the predicted carer deficit: greater workplace flexibility to accommodate workers’ caring responsibilities and employment preferences; improvements in access to, and awareness of, carer support services; further investigation of carer perceptions of the costs and quality of formal care to encourage an optimal mix of formal and informal care provision; and adapting the formal care sector to meet the diverse cultural needs of older Australians and thus increase their care options.

Despite the fact that a substantial burden of care for sick, disabled, frail and dying Australians falls on the shoulders and resources of informal carers, mostly women, no national agreement exists on the proper balance between government and families in the provision of this care. Indeed, policy-makers seem to believe that women in particular will always be there to provide it.

If Australia wants to maintain or increase reliance on family carers, then more must be done to alleviate the burdens of caring, reduce the associated economic costs and build a continuum between informal and formal care.

Lesley Russell is an Adjunct Associate Professor at the Menzies Centre for Health Policy at the University of Sydney. She was the inaugural Menzies Foundation Fellow at the Menzies Centre for Health Policy and a Research Associate at the US Studies Centre at the University of Sydney. Prior to that, she was a health policy adviser to the federal Labor Party. She worked for seven years as health policy adviser on the Energy and Commerce Committee in the US House of Representatives, and has been a Visiting Fellow at the Center for American Progress and a Senior Adviser to the US surgeon-general.

This article first appeared on Inside Story on 15 December 2017 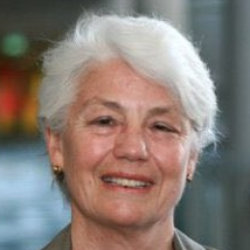