Lessons for Australia from an extreme storm season in the US 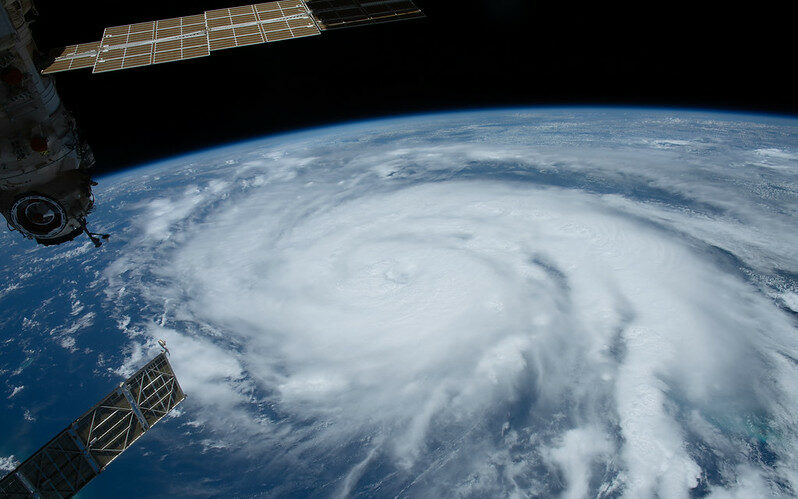 Social vulnerability and the lack of coordination in disaster planning have been exposed by extreme storm events in the USA. There are lessons for those preparing to mitigate increasing intensity of similar events in Australia.

Extreme weather events across the Northern Hemisphere this summer have created a range of disasters that highlight threats of living in the new climate era.

There is much we can learn from these events whether they involve heat waves, wildfires, floods, coastal erosion, and storm surges. Each event by itself may have had historical precedents.

However, climate scientists are increasingly able to attribute much of the energy associated with such weather to the effects of warming atmosphere and oceanic waters.

This is resonating politically. In the words of President Joe Biden: “This spate of extreme weather events in America is a preview of the havoc man-made climate change will cause across the globe.”

Catastrophic flooding in the eastern half of the USA from August into September highlights the magnitude and impact of events that are closely spaced and have many manifestations on individuals, communities, businesses, and government services. For instance there have been 12 named storms in the 2021 Atlantic hurricane season impacting several countries, not just the USA.

Here I wish to look at three events commencing with intense thunderstorm activity in middle Tennessee on August 23 and then to extensive damage generated by Hurricane Ida in its passage from Louisiana northeast to New Jersey and New York in early September.

Floods are not unusual in Tennessee. But what happened on this day in August was really extreme. Forecasts were for 100–150mm of rain in 24 hours from a series of thunderstorms that were to move though middle of the state. But previous rainfall records were smashed with around 430mm falling in that time focussing water flows in creeks and tributaries of main river channel destroying properties and lives.

Christopher Flavelle wrote an insightful article in The New York Times on August 26 about what happened as a “case study of the difficulties of protecting people from explosive rainstorms as climate change gets worse”.

He dives into decisions made in the past about choices made by governments (federal, state, and local) on building rules, insurance programs and flood maps to guide risk assessment. What he shows is how slow and contentious it is for governments and communities to adapt to flood hazard and to take steps that could have lessened damage.

Many of the points raised could apply anywhere in Australia where there are flood risks including difficulties facing forecasters faced with flash flooding from small scale, intense storms that develop very quickly and offer little lead time for evacuations.

Some local counties in Tennessee have for decades resisted federal assistance with subsidised flood insurance; have an aversion to applying building restrictions which makes it harder to get disaster relief support; and operate under a state government that avoids imposing rules on local governments that requires them to adopt some mandatory code on floor heights above major expected flood levels.

One county claimed that it would like to impose a code but it does “not have enough tax revenue to pay staff to manage and enforce those rules”, plus “we have so many other needs”. How many times have I heard that from our councils when asked what they can do to prepare for natural disasters!

Shoreline position and character in Louisiana is forever changing. As a graduate student at LSU in the ’60s, I had many trips to the active and abandoned deltas and enjoyed meeting communities that had managed to cope with hurricane surges, barrier and wetland erosion, and river floods. It was a region of considerable resilience to the forces of nature. Yet over the last decade or so that resilience is being tested especially as recovery time from previous hurricanes has been so short. Fewer and fewer people are living in southwest Louisiana as places become more uninhabitable.

Hurricane Ida is just one of more recent tropical cyclones to devastate properties and take lives.

As it moved from the warm waters of the Gulf of Mexico onto land in late August winds over 240km/hr winds destroyed buildings (100 per cent damaged at Grand Isle), roads, oil and gas facilities, and in particular this time, electricity transmission lines.

Levees built to protect New Orleans from flooding stood up with the help of pumps and generators.

However, more power poles came down as a result of Ida compared to Hurricanes Katrina, Zeta and Delta combined. Having a sole provider of electricity made the system very vulnerable leaving over a million people without power for days.

The consequences of this failure are still being felt raising the issue of developing alternate power sources such as micro-grids that can cope more quickly with such events.

The expectation that a warming future will lead to potentially more devastating hurricanes is demanding attention across this region (see article by Jack Rozdilsky in The Conversation (Canada)).

Ida was not finished when it moved out of Louisiana. It took a path across already well wetted eastern half of the USA towards New York City.

In 2012 parts of coastal New York and New Jersey were devastated by Hurricane Katrina with a combination of rain, wind, and very severe storm surge. Lower Manhattan was flooded and since then as part of a resilience program coastal protection works to prevent such marine incursions have been put in place.

Ida brought a very different hazard in the form of intense rain. Around 240mm of rain occurred in a single day with up to 70mm being recorded in an hour. The effects were horrendous as waste and storm water systems could not cope and waters poured into subways and worse of all into basements.

In the borough of Queens where many migrants live cheaply in crowded conditions there were several drownings. The chances of these vulnerable people being warned in time were very slim; I was struck by stories of bravery in attempts to rescue trapped folk.

A good article by Ian Livingstone on the impacts of Ida appeared in The Washington Post.

But it is the bigger picture that now arises in such coastal cities where urban infrastructure designed to cope with historic meteorological conditions are now confronting storm intensification as the planet warms. This point has been well made in an article by Aarian Marshall and Matt Simon in Wired.

Recent initiatives following the Bushfire Royal Commission in Australia give us some hope that we may start to be better prepared. These events overseas offer salutary lessons if we don’t improve our capacity to mitigate adverse impacts of extreme weather events.