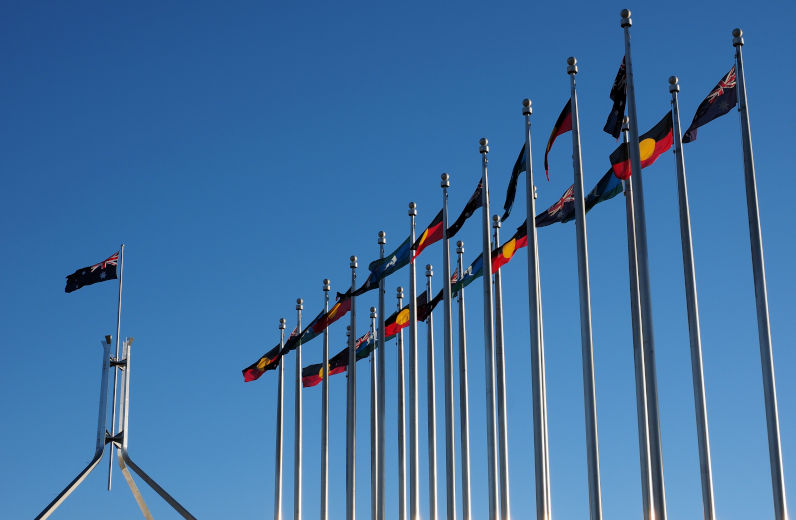 Remote and regional communities have been grappling with exorbitant cost of living. Image: Wikimedia Commons

In closing the gap between First Nations peoples and their fellow non-Indigenous Australians, this budget has nothing worthwhile.

It may not quite compare to Marie Antoinette’s supposed words during the French Revolution to let the starving masses eat cake, but the indifference feels the same.

While this is nominally a budget focused on the growing ‘cost of living pressures’ that are the result of war in Ukraine, two years of global pandemic and myriad other volatilities, fundamentally it is an unashamed and unsubtle bribe aimed at keeping the Coalition in government for another term.

It prompted me to look back at what I wrote about the 2019 Budget (the first Morrison-Frydenberg budget) that preceded the 2019 ‘miracle’ election for Morrison and co. Sadly, I could copy and paste what I wrote three years ago without much of an update…

A ‘cost of living’ budget should – you would think – look to fundamentally address the structural issues that cause disproportionate cost of living issues for the most vulnerable communities in Australia. I say structural because they aren’t new, or solely the cause of current global ructures. Remote and regional communities have been grappling with exorbitant cost of living barriers – impacting fuel, fresh food, health care, access to adequate housing and so on and so on…

Take Closing the Gap for example, the 14+ year Strategy intended to close the decades-wide life expectancy and health outcomes gaps between First Nations peoples and their fellow non-Indigenous Australians, has nothing in this Budget. The cost of living for too many Aboriginal and Torres Strait Islander peoples can be measured by the lack of Government investment in the programs they say they are committed to.

As I said last year, when the original Closing the Gap Strategy was created back in 2008, $4.6 billion was committed by COAG (with Federal dollars) to deliver the Strategy, with $1.6 billion set aside for health investment alone. The current funding for the current National Closing the Gap Agreement would be less than a quarter of this in real money and when the largesse is being poured out for never built carparks and submarines, no additional funding could be found apparently.

A lot of the political and economic analysts are (again) talking about the ‘structural deficits’ that are baked in for decades to come. Since the Howard Government years, ‘structural deficit’ has become part of our national economic lexicon and it provides the perfect/tragic metaphor for investment in Aboriginal and Torres Strait Islander programs, services and solutions. There is always a deficit between what we know must be done and what our governments are willing to do… and it runs to the tune of billions. The bigger opportunity cost however is the lives cut short or made sicker (or in language that Ministers and economists will understand – less productive).

Before I go through what is glaringly missing from our election goodies budget, I should point out the ‘blink and you’ll miss it’ list of good things that the Government is providing funds for. You can find these on the Minister for Indigenous Australians, Noongar Man the Hon. Ken Wyatt’s budget media release or if you want to trawl your way through the tome that is Budget Paper 2 – I’ve saved you the trouble:

There are a few other things but really that is about it for new stuff or the limited extension of some useful programs. The Treasurer said:

For thousands of years our First Nations people have cared for Country.

Tonight, we are investing a further $636 million to expand the Indigenous Rangers Program with more than 1,000 new rangers to undertake land and sea management.”

This investment is certainly welcome and it is one of the few measures we can genuinely congratulate the Government for. The Indigenous Rangers program is a critical investment in our environmental and cultural heritage protection and offers Aboriginal and Torres Strait Islander people living on Country the opportunity to undertake essential work.

Some monies to help with the governance of Prescribed Body Corporates (PBCs) that manage Native Title on behalf of First Nations communities is also a positive step but in the grand scheme of things, small fry.

I’ve already expressed my frustrations with the lack of investment in Closing the Gap despite the promises of the National Agreement that the Aboriginal and Torres Strait Islander peak organisations have committed to in good faith.

Regarding measures to address the systemic injustices faced by First Nations communities, I had hoped that maybe in light of last year’s 30th Anniversary of the Royal Commission into Aboriginal Deaths in Custody, there might be a fresh start to reversing the trends of over incarceration and death. As Change the Record Co-Chair, Cheryl Axleby has said:

“It is only March and already five of our people have died behind bars. The Covid-19 pandemic has highlighted the dangers of the overcrowded and substandard housing that too many of our people are forced to live in, and appallingly low social security payments drive our people into poverty. If a Budget is a reflection of a government’s priorities then this Government is sending a clear message that it does not care about FIrst Nations peoples.”

Clearly a real cost of living Budget would address these underlying social determinant issues that Change the Record and others have been talking about for years. Fellow Change the Record Campaign partner and Executive Officer for the National Aboriginal and Torres Strait Islander Legal Services (NATSILS), Jamie McConnachie said:

“Aboriginal and Torres Strait Islander Legal Services are suffering from a demand we cannot meet due to severe under-resourcing, understaffing and the flow-on effects from lack of pay parity across the sector. Given the crisis of Black deaths in custody and rates of over-incarceration of our mob, it is more important than ever to deliver more funding and job-creation for ATSILS across Australia, yet once again the Budget lets our people down. Adequate funding for ATSILS means that Aboriginal and Torres Strait Islander people can access culturally safe legal support when and where they need it, which supports our communities and reduces the over-incarceration of our people.”

Cheryl, Jamie and others have been saying this over and over for decades now. This budget that purports to positively address our highest priorities and deepest needs once again fails to do either. It is also gawling that a cash splash budget aimed at buying votes weeks before an election happens with the backdrop of consistent cuts to Aboriginal and Torres Strait Islander services and programs over the previous 8 budgets.

“Disappointingly though there is a considerable short fall in the commitment needed to meet the ambitious targets set out in the National Partnership Agreement on Closing the Gap… We can give our children a better start in life by making sure they have access to quality, community controlled early childhood education and services. But this isn’t going to happen without a sustained effort to transform government service systems, including large scale new investments in Aboriginal and Torres Strait Islander community-led solutions.”

There are so many other critical programs and services that are not being funded adequately by our Federal government. As we pivot from the Budget to the inevitable election (likely to be called in the next week for mid-May), ANTaR will be working to highlight the commitments from the major parties regarding First Nations policies. Keep an eye out for our Federal Election Scorecard and please, take time to look for yourself at the way your Government is spending our national wealth. It should reflect our values and priorities, if it doesn’t then they don’t deserve to speak or act for us.