Let’s have a proper review of public sector remuneration 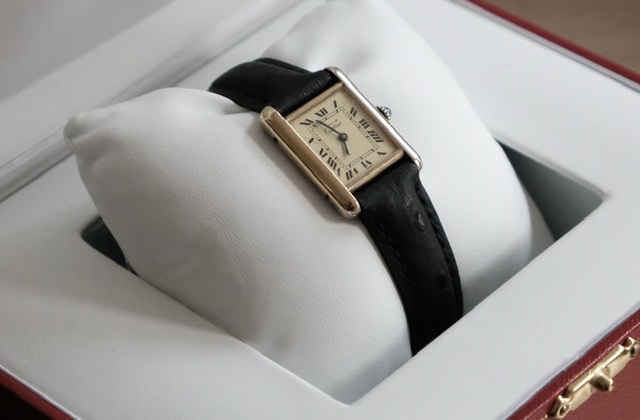 In the absence of any meaningful reflection on how public sector remuneration should be set, and by whom, it is hard not to suspect that the message is simply ‘don’t cause me political embarrassment’. The decision was silly, but the political reaction is confected given how many bonuses worth much more have been paid regularly for years.

The ASIC case is far more worrying because it concerns a regulator, funded directly by the taxpayer.

It is time to clarify how remuneration in the public sector should be set: agencies need to attract and retain skilled staff and motivate them to enhance organisational performance, but the public must have confidence in the appropriateness of the rewards and the behaviour of public sector employees.

There are different types of public sector organisations though we do now have a single law for the governance and financial management of all Commonwealth bodies (the Public Governance, Performance and Accountability Act 2014). What is missing is clarification of the values and behaviour the public should reasonably expect of those working in different types of organisations (including politicians and political advisers), which might also guide remuneration principles.

The restructuring of the old PMG 45 years ago began the distinction between government companies and other organisations, allowing the former to operate at greater arms-length from government management controls, subject to accountability to ‘shareholders’ for performance (including for any ‘community service obligations’). This restructuring has greatly improved the financial performance of GBEs and the fact that executives have been paid more than other public sector executives has generally been accepted, as has the widespread use of private sector practices such as performance bonuses.

The public, rightly however, expects companies drawing on public assets to abide by some public sector values such as commitment to service and not to be motivated by financial incentives alone. The Remuneration Tribunal and the boards of GBEs should be mindful that the best executives are not necessarily those demanding top dollar remuneration or performance bonuses as generous as those in the private sector. That said, a commercial mindset is important, and rewarding executives for winning a lucrative contract that will contribute materially to the company’s financial success may well be in the public interest.

As restructuring continued in the 1980s, more non-commercial organisations were given similar management latitude and their CEOs paid more. I recall the debate over the Reserve Bank Governor’s remuneration. The then Treasurer, Paul Keating, sought a substantial increase in the Governor’s remuneration drawing attention to the pay of the CEOs of commercial banks. As Ian Castles, then Finance Secretary, argued, the comparison was inappropriate given Governors generally come from within the Bank or Treasury: there was no less a case for increasing the pay of the Treasury Secretary or, indeed, that of other secretaries. But the Remuneration Tribunal agreed to a substantial increase in the Governor’s pay.

Other such anomalies arose from time to time, in part because the Government did not always accept the Tribunal’s recommendations, but also because the basis of some Tribunal assessments was questionable.

The passing of the PGPA Act was associated with further clarification of the appropriate governance arrangement of different organisations undertaking different functions, and more taxpayer-funded organisations rightly came under the Public Service Act 1999.

But the 2016 Capability Review (led by Karen Chester, now the Acting Chair) went the wrong way recommending ASIC be taken outside the PS Act. The Act does not constrain recruitment of the skills ASIC needs and ASIC employees should be required to abide by the APS Values.

Populist considerations caused secretaries’ remuneration to languish until the 1990s when it was enhanced by two dubious political decisions. First, a 20% increase was agreed in exchange for loss of tenure under the Keating Government. Given the subsequent treatment of secretaries, the compensation was well justified. Second, the Howard Government introduced performance bonuses averaging around 10% of base pay. When eventually the bonuses were dropped, the average was built into the base pay rates.

The resulting level of pay was, fortuitously, probably about right. It remained well below what most private sector CEOs of large companies or consulting firms received, but there was no evidence of problems in attracting or retaining talent.

The Tribunal’s emphasis on private sector comparisons is overdone. Market comparisons are important, but the key ones are with other parts of the public sector including the States. Consideration should also be given to internal relativities to ensure general confidence that differentials reflect differences in responsibilities. The remuneration of most secretaries is now nearly double the median for deputies which seems hard to justify.

The Thodey Report recommended a move towards common conditions and pay scales over time without suggesting the framework to do so. The Government rejected the recommendation claiming the current approach is ‘working well’. It is not. Its agency-based determinations and artificial ‘productivity offsets’ are administratively complex, cause endless problems whenever administrative arrangements change and ignore the essential considerations of how best to attract and retain the skills the APS needs.

While the Remuneration Tribunal has given too much weight to private sector market comparisons, the APS approach omits any market assessments. To attract the young people on whom the APS will largely depend into the future, graduate starting pay must be commensurate with the market. Market comparisons at more senior levels are also important but commitment to public service should be stronger at those levels and some differentiation with private sector pay be unlikely to adversely affect attraction and retention. Comparisons within the public sector will more often be more important, as will ensuring internal relativities reflect differences in responsibilities, skills and experience.

A whole-of-APS approach based primarily on such market and internal relativities is urgently needed.

A forthcoming book, Managing Organizations to Sustain Passion for Public Service by James L. Perry, challenges the orthodoxy which Australia and many other countries adopted under New Public Management that public sector employees, like private sector employees, are motivated primarily by self-interest. For 30 years Perry has led research on ‘public service motivation’ finding that most public sector employees do indeed wish to serve the public and feel rewarded by doing so.

Perry’s work shows that PSM is highly relevant to organisational performance and that the public sector should generally avoid ‘high power incentives’. It suggests PSM be used for recruitment selection, and enhanced through induction and ‘on-boarding’ and management practices such as mentoring and leadership, ensuring public servants interact with the people their work affects, and linking individual performance to agency missions. It can also be used to support teamwork and collaboration and is reinforced by traditional public service processes such as merit based employment.

While the exact nature of PSM may vary with organisational responsibilities, we should identify and foster the values that are appropriate in each case and take them into account when setting remuneration.