The Committee for Economic Development of Australia (CEDA) has released a report into aspects of vocational education and training (VET) in Australia. The report is entitled ‘VET: securing skills for growth’ and makes a number of recommendations including the need for COAG to “undertake a long-overdue comprehensive, national review of the sector that aims to examine its role in meeting Australia’s skill needs”. It goes on to say that this review would form the basis of the COAG discussions towards a new VET Agreement between the Commonwealth and states/territories. The following discussion outlines some of the issues raised in the report and comments on the possibilities for change in this under-resourced and under-valued sector.

Like most reports on vocational education and training, the recent CEDA report on growth and skills did not make front-page news, but inside the report many important issues are raised that governments should take notice of.

The report recognises that the VET sector is a “fundamental part of our economy, contributing to the productivity and growth of the country through higher workforce participation” and that the “sector has been successful in changing the lives of many students from disadvantaged backgrounds through employability skills”. It also draws attention to the current problems in the sector including the exploitation of students and the impact of uncertainty.

In the chapter I wrote on TAFE I emphasise the multiplicity of roles that TAFE (VET) has and refer to the comment from Gillian Goozee in her 2001 TAFE history “Ever since its inception, TAFE has been expected to fill all the educational and training gaps”, also noting that TAFE is expected to “address both local workforce skills requirements and the educational aspirations of individuals.” (TAFE Directors Australia, 2012). One of the issues that the sector needs to come to grips with, I point out, is that if TAFE is expected to fill all these roles then it should also be funded for them.

Damian Oliver in his chapter, refers to VET being forgotten like a ‘middle child’ and the report suggests that perhaps this may be partly to blame for VET being absent from the “current conversation around skills, innovation and human capital, and even the broader education system”. “Yet”, the report goes on to say, “innovation and applied research are seen as core strengths in the sector.”

The need for a comprehensive national review of the sector is raised by a number of writers, recognising that the last such review was the Kangan review of 1974, which led to the establishment of technical and further education as a distinct educational sector. Reviews since that time have addressed specific issues, but not sought to investigate the overall position of VET within the tertiary landscape and TAFE’s role as part of that. My urging is that TAFE again be recognised and funded as the centrepiece of VET, “it’s quality standard”, especially given the current crisis and lack of confidence in the sector.

CEDA calls for this review to form the basis for COAG discussions, especially in light of the current National Partnership on Skills Reform concluding at the end of this financial year. Whilst this is a tight timeline, the Government has the opportunity to set up a process and continue financial obligations whilst the review is being undertaken. An important issue I raise as well, is that there is no point in undertaking another review of the sector unless the Government intends to ensure that recommendations are seriously considered and be willing to fund changes.

One of the other important issues raised in the report relates to vocational qualifications themselves, questioning whether it is time to rethink Training Packages and “competency based training which leads to a set of narrowly defined qualifications” (CEDA Report), when the jobs of tomorrow “will require a more diverse set of skills, including creativity, social intelligence, patience, critical thinking and resilience”. CEDA wisely recognises that “the VET sector should be equipping students with a broader set of skills and capabilities that would promote mobility of employment and flexibility to adapt to changing workforce needs.” It is hard to dispute these statements, but whether the sector, with its industry vested interests is able to make the change to “vocational streams or occupational clusters” as Wheelahan, Buchanan [1]and others have been suggesting for some time, remains to be seen. A review would need to consider these issues as well and be open enough to recognise that in an ‘industry driven system’ industry doesn’t always get it right.

There is as would be expected, considerable discussion in the report on the underfunding of the VET sector and the impact of student fees and charges including the current VET FEE-HELP debacle. Suggestions are made for improved regulation and oversight of the sector, and the need to make “national information around providers, pricing, qualification, audit findings and satisfaction survey results more accessible to the public.” While such improvements are always welcome, it would be unfortunate if this recommendation were the easy option to be picked up by governments. More information might be useful but will not address the current crisis of confidence.

As part of the focus on quality, the Report recognises the need to support VET teachers and to consider options for better training in both pedagogy and vocational areas. This issue is on the agenda of Skills for Australia in the review of not just the CIV in the Training and Education Training Package, but also the pathways and continuing professional development possibilities.

CEDA has provided the Federal Government with a strong basis to commence the needed review of the VET sector, and in a report representing a diversity of viewpoints it is remarkable how the calls for change demonstrated similarity of ideas, hopefully driven by concerns for the learning experiences of students and the need for high quality, high status VET sector in Australia.

Linda Simon is a former TAFE teacher in NSW, Secretary of the NSW TAFE Teachers Association and Federal TAFE President of the Australian Education Union. She currently teaches at Charles Sturt University, is National Convenor for Women in Adult and Vocational Education (WAVE), and researches in issues relating to the VET sector including in applied research and innovation. 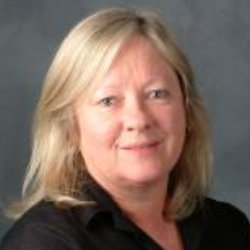