Living with Covid: lessons from the Spanish Flu pandemic 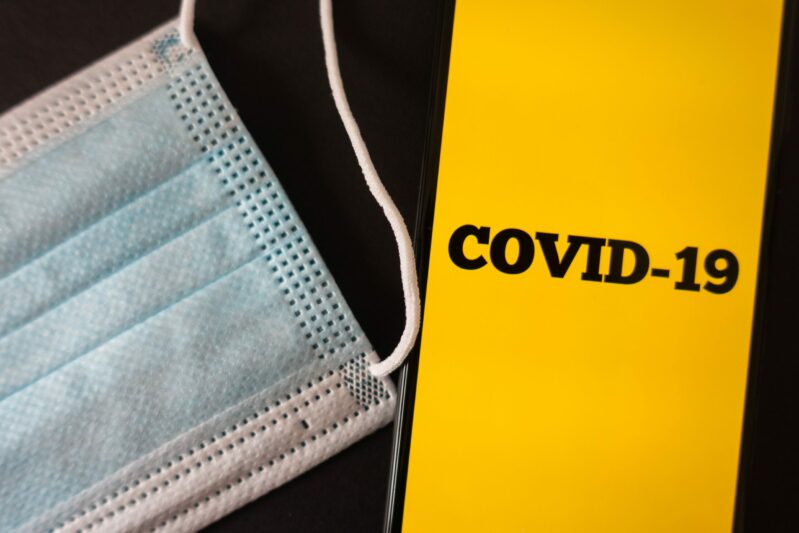 Hopefully not a permanent part of our lives. (Credit - Unsplash)

We are all sick of Covid and the disruption it has wrought. But the pandemic will not be over until it is over. Glib slogans won’t alter that reality.

In May 2020 I wrote a two-part article for Pearls and Irritations on the lessons we could learn from the Spanish flu pandemic of 1919 when attempting to deal with Covid-19. As we approach the second anniversary of the arrival of Covid-19 in Australia, now is a good time to revisit that question and to assess how well we have done in learning those lessons.

As if to bear witness to the aphorism ‘Those who fail to learn from history are doomed to repeat it’, there is a remarkable symmetry between the pandemic of 1919 and that of 2020-2022. Although, strictly speaking, history does not repeat itself, it is true, as another aphorism reminds us, it often rhymes. And, in the case of these two pandemics, their history is one not written in blank verse.

In my earlier article, I listed five lessons to be learnt from the Spanish flu pandemic. What follows is a survey of how well we have learnt those lessons. It should be noted at the outset that the most significant difference between now and 1919 is that we have vaccines, testing regimes, and treatment options not then available. We also have information technologies, such as QR codes and SMS alerts, to assist with the public health response.

Lesson 1: Policy needs to be co-ordinated at the national level

Policy differences in 1919 led to tensions when states unilaterally implemented movement controls to protect their citizens. Lacking the powers and financial resources of today, the federal government was a relatively minor player, unable to formulate and co-ordinate national policy. In 2020 the formation of a national cabinet and the Commonwealth’s willingness to bear a large share of the financial burden proved successful for a time in suppressing the epidemic and maintaining public morale. Nevertheless, unilateral state border closures and public spats between the federal government and some of the states and between individual state governments have revealed the fragility of the current ad hoc arrangements.

The fundamental problem Australia faces in this regard is that the states have primary responsibility for health and thus bear the opprobrium for deaths, hospitalisations, and case numbers, while the Commonwealth has primary responsibility for the economy and bears opprobrium should economic activity decline. The national cabinet model has failed to resolve this conflict of interests. Hence the crazy standoffs over border closures.

The Prime Minister can plead all he likes for the states to open their borders, but what premier is going to risk increased death and disease by allowing free movement from infected states, especially while the Commonwealth foots the bill for economic relief?

It is apparent, therefore, that lesson 1 has not been learnt well enough. We need to devise a more effective model of federal-state co-operation in times of pandemic. One option is to give the Commonwealth full constitutional power to deal with a national health emergency so that it can formulate policy and determine which parts of the country, regardless of state borders, should be quarantined, locked down or subjected to public health orders. Sole political responsibility for the success or failure of such measures would lie with the Commonwealth, thus removing the conflict of interests which have plagued the current approach.

Lesson 2: There is a need for a coherent program of measures that the public will embrace with conviction

A common complaint has been the apparent irrationality and inconsistency of public health orders and the speed and frequency with which they change. This has undermined confidence that governments know what they are doing, increasing the likelihood of non-compliance.

Adding to the problem has been poor messaging, not only to communities where English is not well understood, but generally. The problem was recently highlighted in the Novak Djokovic case with the debate over what constitutes a medical exemption to mandatory vaccination.

In 1919 the health authorities were not aware that the pathogen was a virus, let alone that it mutated and had variants. Today we understand far more about viruses than they did, yet like them we are still struggling to find effective pharmaceutical and non-pharmaceutical measures to combat the pandemic. And we are still debating many of the same questions: e.g. should masks be mandatory, should schools be closed, should travel be restricted?

On the plus side, has been the rapid discovery of effective vaccines, especially of the mRNA kind. Their deployment in less than a year is a remarkable achievement, though many parts of the world are yet to receive them. Yet, how much better it would have been had they been available from the start. Now that we have experienced first-hand the huge cost of a pandemic, both financially and in lives lost, surely there is an incentive for governments to allocate sufficient resources (a) to the research and development of generic vaccines and treatments that can be tailored at short notice to deal with specific pathogens and variants, and (b) to the diversion of human activity away from that resulting in zoonotic spillover.

Lesson 4: When restrictions are lifted be prepared to reimpose them quickly and thoroughly

When it comes to lesson 4, some states have done better than others. New South Wales, in particular, has failed dismally, which is ironic as it was the state whose experience in 1919 best taught this lesson.

In 1919 NSW had three waves of Spanish flu. The initial wave in January/February was met immediately with strict public health measures. The result: 15 deaths compared to 489 in Victoria, which had delayed its response. At the end of February 1919, NSW was able to lift its restrictions.

By mid-March cases began rising again. Chastened by criticism of the harshness of its earlier measures, the government delayed reimposing restrictions until early April, allowing the virus to take hold. Soon Sydney’s hospital capacity was exceeded and the state’s death toll for April totalled 1395.

As May turned to June, a third wave began to appear. The resurgence came with a virulence surpassing the worst days of April. This time, notwithstanding a mounting death toll, the cabinet on June 19 decided against reinstating restrictions, but urged people to impose their own restraints. Sound familiar?

‘[T]he Government may be excused for hesitating. There is a stage at which governmental responsibility for the public health ends. … By now the general public has been educated in the method of infection and the seriousness of the malady. It should be sufficient now to warn them against the voluntary acceptance of risks which can be avoided.’

The result was a death toll much worse than April. In the first week of July, there were 850 deaths across NSW and 2400 for the month. Sydneyʼs hospital capacity was again exceeded.

A century on, readers in NSW will recall then premier Gladys Berejiklian’s mantra in June 2021 that ‘we don’t do lockdowns’, that is until the rising number of cases of the new Delta variant forced the government’s hand two weeks later. But, by then, as in April 1919, it was too late. As a result of the government’s hesitancy, NSW had to endure a four-month lockdown.

Fast forward to December: a new premier, Dominic Perrottet; a new mantra, ‘personal responsibility’; and a new and more virulent variant, Omicron. As in July 1919, case numbers surged after the government declined to reinstate the strict measures it had lifted in November following the previous lockdown, reaching levels previously beyond contemplation. Poor planning meant the testing regime was stretched beyond breaking point.

Yet, despite the lifting of government restrictions, economic activity did not bounce back as the ‘economy first’ advocates had promised. In fact, it slowed as the infected and their close contacts self-isolated, disrupting supply chains and the healthcare sector. Lockdowns had not been banished; they were simply privatised.

So far, the number of deaths has not risen to July 1919 levels, though we have not yet reached the peak. This is due largely to widespread vaccination. But with 20 per cent of the state’s population unvaccinated, more than 1.6 million citizens, mostly children, are unprotected.

Lesson 5: Be prepared for the long haul

We are all sick of Covid and the disruption it has wrought. But the pandemic will not be over until it is over. Glib slogans such as ‘living with Covid’ and ‘riding the wave’ will not alter that reality and may breed complacency. With the opening of our borders and relaxed regulation, our only line of defence will be vaccination, which is not yet universal.

There is hope: Spanish flu began to burn out in NSW after the July 1919 peak. By the end of September hospital admissions and deaths were in single figures and by early 1920 the pandemic had faded away. If the symmetry of the two pandemics prevails, perhaps we might see the end of the Covid pandemic later this year, as some commentators predict. But, in the meantime, governments must be prepared to reinstate strict public health measures when required and for as long as it takes until the pandemic is truly over.

As with Spanish flu, which began in the northern hemisphere about February 1918 but did not arrive on our shores until January 1919, Australia has avoided the worst of Covid-19 compared to the rest of the world by keeping its borders closed – a lesson well learnt. At less than 2500, the current death toll is small compared to the more than 12,000 who died in 1919 when the population was one-fifth the size it is today. But otherwise, as this survey indicates, for the most part we have not learnt well the lessons of the Spanish flu pandemic.

Dr Jeff Kildea is an Honorary Professor in Irish Studies at the University of New South Wales and an historian of early 20th-century Australia. He is the author of Hugh Mahon: Patriot, Pressman, Politician (Anchor Books Australia, 2020)