As Australia’s government has grown in size and scope, so too has the desire to gain its favour, or avoid its wrath. This task increasingly falls to lobbyists. For representative democracy to work, constituents, including corporations, must be able to lobby their government. However, due to a failed regulatory regime, it is clear that undue influence, and even corrupt practices, are increasingly undermining Australia’s democracy, and its peoples’ faith in it.

The consequences of this failure are severe: those entrusted to make decisions worth billions are being compromised by psychological biases that cause them to favour the few over the many. And those who lobby for organisations, businesses, or causes with less money are being squeezed out by the those with deeper pockets. The worst of lobbying not only creates a democratic deficit, but is anti-competitive, and causes regulatory and government capture. This comes at the cost of tax-payers, society, and the environment.

The biggest lobby groups are businesses that sit at the intersection of being highly profitable, yet also highly subject to government policy. It is for this reason that the supermarket giants maintain a relatively smaller footprint (though hardly non-existent) than far smaller industries such as tobacco or gambling. This rule makes it fairly easy to understand which are the biggest state and federally based lobby groups, and why: generally, gambling and property developers are among the biggest and most powerful lobbies in the local and state levels, while mining, defence and banking are more concentrated at the commonwealth level.

Federally, there are around six-hundred registered lobbyists, subject to the Lobbying Code of Conduct, most of whom once worked as politicians, staffers, or in the public service. To be a lobbyist, a person must be a paid third-party. Therefore, there are a great many people who lobby, but are not actually considered “lobbyists”, and not subject to the Lobbying Code. No small irony then, that Gina Rinehart’s meetings with ministers, even where she explicitly expresses the concerns of her large business holdings, are not subject to the same rules as said “third parties” who perform essentially the same task, albeit for less money, and less effectively than their CEO affiliates. For this reason, some countries (such as Canada and the US) expanded the definition of “lobbyist” to include those who operated in-house.

Australia’s attempt at regulating the interaction (and the potential conflict of interest) between government and big business relies on a set of state and federal codes of conduct, administered by premiers’ departments, or the Attorney General’s Department at the federal level. As lobbying is closely associated with campaign donations, gifts, and the practice of the revolving door, there are other codes and laws that apply, such as the Statement of Ministerial Standards, electoral law, and anti-corruption laws under the Criminal Code (division 142.1).

But, as noted, Australia’s lobbying regime has no teeth. Take anti-corruption laws at the federal level: they are overseen by the Australian Federal Police, which operates under the direction of the Attorney General. Right away there’s a problem with the independence of the AFP, but this is compounded by the fact that successive attorneys general have not made political corruption a meaningful part of the AFP’s mission, essentially employing a “no smoke no fire” argument as justification. Similarly, the Lobbying Code and the Ministerial Statement have no section dealing with enforcement, and there have been no established internal policies for dealing with potential breaches. So… guess what? In the history of the codes, no breaches have been found, despite apparent “internal” investigations.

An alternative way of seeing the worst of lobbying and corruption at the federal level is thus: it occurs, but we have no idea how often. This is so because there’s no independent and proactive organisation policing it (the so called “federal ICAC” or “Integrity Commission” that so many have been pushing for, including a clear majority of Australians).

The term “lobbying” dates back to just after the American Civil War, and derives from the lobby of the Willard Hotel in Washington D.C., where special interests would try to meet with the many politicians who ate, stayed, or drank there. These meetings would afford the eponymous lobbyists opportunities to present their case. Merely by virtue of seeing each other, important relationships were formed in this exclusive and already failing form of “democracy”. As Murray and Frijters pointed out in Game of Mates, friendships and familiarity cause a positive bias in most people… so the simple act of a lobbyist meeting a politician made it more likely that political decisions benefited those they represented. This inevitably led to an evolution of the practice, wherein lobbyists not only met with politicians, but also bought them lunch, or drinks, or otherwise evermore blurred the line between drunken largess and political bribery. As the infamous lobbyist Jack Abramoff pointed out: in Washington “there’s no free lunch”. The same is true for Australia.

Now, the tools that blur that aforementioned “line” are becoming harder to detect. Bribes used to be cinematic: cash-filled paper bags being surreptitiously pushed towards a potential bribee. Now, the causes of bias and conflicts of interest have been “greyed” so much that they are subtler to all involved. Such methods include gift giving, campaign donations, invitations to desirable parties and events, and the possibility of a job in retirement for a decision maker, all given by the lobbyists and/or their corporate sponsors. Rather than explicit, this is sometimes referred to as “grey corruption”, and is slowly becoming more and more of an focal point for academics and regulators (such as at the 2019 Australian Public Sector Anti-Corruption Conference).

This shift towards these greyer forms of corruption appears have occurred due to two main reasons. First, if detected, they’re much harder to prosecute (at a minimum they’d involve the cooperation of one or more parties with prosecutors, and/or an audio-recording along the lines of “I’m giving you this so that you’ll do that.”). Second, people generally want to believe the best of themselves, and giving decision makers and lobbyists an option that allows them to believe that decisions were not unduly biased.. put differently: most would prefer to believe that their decisions were above board, moral, and that any gifts, jobs, or other in-kind benefits were coincidental… even if they actually weren’t.

To return to the “no free lunch” metaphor: it’s demonstrably so that corporations show largess to make their lobbying efforts easier. Consider the free tickets provided to politicians by the AFL or NRL, invites to parties by Crown Resorts, or even the infamous Jimmy Choo shoes once gifted to Julie Bishop: by law, public corporations can only undertake such actions if it is in their financial interests to do so.

Well may politicians argue that such gifts (or jobs, donations, etc.) are incidental, but their corporate benefactors know they are most definitely not. And so do a majority of Australians, who now consider their government more a tool of “a few big interests” than its people. In other words, the earlier expressed belief that it’s possible for decisions to be “above board” – one so earnestly relayed by politicians who’ve received such gifts or jobs – is at best self-delusional, and a lie at worst.

Unfortunately, however, it’s a delusion that Australians are particularly subject to. Even America takes lobbying more seriously… indeed, far more so. There are numerous laws affecting who lobbies and how: laws that more tightly restrict gift giving and campaign donations, and provide for stronger limits on the revolving door. These laws are far from perfect, but unlike Australia, they are given teeth in the form of criminal prosecution. As a result, lobbyists like Jack Abramoff, and politicians including former House majority leaders, and even governors have been prosecuted – albeit with mixed success – under the US regime.

Meanwhile, the few bulwarks of integrity and transparency that actually exist in Australia are being undermined. The latest budget includes cuts to organisations such as the Australian National Audit Office, which exposed – among a great many other things – some of the more egregious examples of largess afforded to those close to government. Especially those with questionable and conflicted relationships, such as the Leppington land scandal, or the sports rorts affair.

Many have called for increased transparency as a means of mitigating the worst of lobbying. But there are too many cases where the press has exposed highly suspect practices by politicians, and the reaction has been a resigned shrug: Australians are used to the worst of lobbying. Indeed, they have become unfortunately cynical, and unable to address these affairs using democratic mechanisms.

It’s clear that any response must be more proactive than relying on the fourth estate, transparency, and voting as a means of “keeping the bastards honest”. Instead, an independent body responsible for overseeing lobbying and anti-corruption is needed, along with far tighter restrictions on who can give and receive gifts, along with campaign financing laws, and the revolving door. These changes reflect the need to take away or reduce the causes of undue bias, rather than trying to monitor lobbying and catch corruption after the fact.

The consequences of the worst of lobbying must not be understated: these corruptions ensure that Australians cannot generally access their representatives without meaningful democratic representation without sizable bank balances. They also cannot trust that corporations will pay their fair share of tax, respect their environment, or compete with smaller businesses on a level playing field. And they can have little faith that problem gamblers will be protected, that banks will not take advantage of their customers, or that multi-billion-dollar defence or infrastructure contracts didn’t cost a spare billion or two too much.

Their inability to trust in their system of government will prove deranging and destabilising. It is only by better regulating lobbying that Australia’s democracy can properly function. 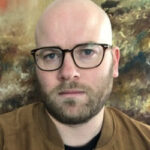