Lobbyland. Policy in a crisis: who makes the rules?

Extraordinary times call for extraordinary measures, right? Australians are certainly living through extraordinary times. The Covid-19 crisis has put lives, jobs and businesses at stake, enormous government spending has been required, and the speed of the response mattered at least as much as the design of the policy.

Rarely have Australian governments made so many critical decisions, in such a short space of time, with so little scrutiny. But we are now more than six months into the pandemic, and decisions are still being made behind the same closed doors as they were at the peak of the emergency response. The democratic oversight provided by federal and state parliaments, which was temporarily suspended in the early weeks, is yet to be fully restored. And new institutions with little to no oversight created during this period look likely to become permanent fixtures.

However successful Australian governments have been to date in managing the immediate needs of the crisis, this erosion of transparency and accountability does not bode well for long-term policy making in the public interest.

Australia has a range of checks designed to push policy decisions towards the public interest. Before policies can be implemented, politicians usually need to convince their party, and then the parliament, about the best course of action, and new policies will normally come under the scrutiny of the public service and the media too.

But there has been a substantial shift in decision-making in recent months, from parliaments and political parties, to individual ministers. And much of this decision-making has been out of the public eye.

Federal parliament was suspended in late March and has sat for only 19 days in the six months since – about half what was scheduled. Even on sitting days, there has been limited opportunity for debate, with emergency legislation needing to be passed and a backlog of issues to deal with. Federal parliament has not been providing its usual democratic oversight.

The situation with state and territory parliaments has been mixed – the parliaments in Western Australia, South Australia, and the ACT have largely proceeded throughout the crisis, while others adjourned for weeks or months, and the Victorian Parliament is still not fully functioning.

In the place of parliaments, ministers and health officials have been granted special powers to respond to the crisis, and new decision-making bodies have taken shape.

State governments around the country have enacted emergency powers to enforce health and quarantine restrictions. Chief Health Officers now have the power to quarantine people, prohibit mass gatherings, impose restrictions on the movement of people, and issue other public health directions. In NSW, the Health Minister directly holds many of these powers. In Victoria, the Minister for Police and Emergency Services has also been granted additional powers during Stage 4 restrictions, including to control the movement of people within the ‘disaster’ area.

Most emergency powers sit with the states, but the Commonwealth has some emergency powers that have been used to ban cruise ships and overseas travel. The federal parliament has also granted substantial ministerial discretion: the Finance Minister’s discretionary fund of $1.2 billion per year has been increased to $40 billion, and the Treasurer has had extraordinary discretion over the $100 billion JobKeeper scheme and could change key elements including eligibility at the ‘stroke of a pen’, as the opposition often reminded us.

National Cabinet is the big new decision-making forum – a regular meeting of the Prime Minister and state premiers. It was established very early in the crisis, on 13 March, and has played a critical role in enabling rapid executive decision-making and coordination between jurisdictions as the crisis unfolded. From all reports, this forum has worked much better than its predecessor ‘COAG’ (the Council of Australian Governments) and is set to stay.

But National Cabinet’s success to date does not excuse its lack of transparency. All deliberations of the National Cabinet are being treated as ‘Cabinet-in-Confidence’ despite this forum not actually being a true ‘Cabinet’ (it is a meeting of heads of governments, not a meeting of ministers collectively accountable to the same parliament).

The legality of this confidentiality regime is soon to be tested, with Independent Senator Rex Patrick challenging the decision to deny Freedom of Information requests about National Cabinet’s rules and procedures.

There are also two new advisory bodies to National Cabinet that have been brought under this ‘Cabinet-in-Confidence’ umbrella: the Australian Health Protection Principal Committee (a regular meeting of the Chief Medical Officer and his state counterparts), and the National COVID-19 Commission (a select group of business leaders advising on ‘all non-health aspects of the pandemic response’).

These advisory bodies have the potential for enormous influence behind closed doors, and their deliberations and advice are being withheld from public view.

The limited public material emerging from the COVID Commission suggests it has a narrow focus on boosting manufacturing and driving a ‘gas-led recovery’. A leaked draft report in May included calls for government support for the gas industry. The Commission Chair, Nev Power, has since advocated publicly for government spending on gas infrastructure, and this month the Prime Minister announced plans to support a ‘gas-fired recovery’.

On recovery plans for the hardest-hit sectors, such as hospitality, tourism, or the arts, there has been silence.

This economic incoherence takes on a more concerning note when it is observed that several of the Commission and taskforce members have links to the gas industry. Despite requests from the Senate inquiry into the Australian Government’s COVID-19 response, conflict-of-interest declarations have not been made public.

When decisions are made in this way, behind closed doors and with little accountability, it creates big risks for corruption, vested-interest influence, and poor decision-making. While a short period of reduced oversight may have enabled a more rapid executive response, the longer it continues, the greater the risks.

Interest groups are already knocking on government doors – many with valid concerns – and the stakes have never been higher.

Industries, businesses, community groups, and individuals are lining up for support or special consideration. It is appropriate that they be able to put their case. Talking to people at the coal face helps governments better understand the real-world challenges and avoid unintentionally damaging policies.

But not everyone’s voice will be heard. Policy makers struggle to listen to the full range of voices, even at the best of times. Grattan Institute’s 2018 Who’s in the room? report shows that the well-resourced and highly motivated achieve much greater access and influence than most Australians could ever expect.

Some groups lobby much harder and more effectively than others – aided by money, and connections. With big decisions being made at hyper-speed, having the right phone numbers and someone at the other end who will pick up, matters more than ever.

And with less scrutiny and debate, some of the normal ‘countervailing forces’ to prevent policy capture by vested interests are weakened.

The special powers granted in recent months and the amount of public money being spent warrant much stronger oversight. Decisions are being made by a tiny few with enormous discretion – senior federal and state ministers, health officials, and a small circle of bureaucrats, experts, and business leaders they choose to listen to and delegate to. These conditions are ripe for undue influence over public policy – whether it be vested interests, political interests, or self-interest.

The ‘complex moral calculus’ of this crisis calls for accountability through parliamentary and public debate. Parliaments around the country should make plans for ‘catch-up’ sitting periods (virtually if need be).

Rules should be agreed to provide some transparency around National Cabinet. This should include publishing agendas and decisions within a reasonable time after meetings. Meetings to date have typically been followed by a media conference, but there is no formal obligation to hold one, and it is not clear whether they cover all decisions made.

There are many risks when the decisions are big, urgent, and there is significant discretion at play. Even before COVID, there were gaps in the checks and balances on policy makers in Australia. A national integrity commission is one of the safety nets we should have had in place to help manage the risks. But despite both major parties promising one at the 2019 federal election, it still isn’t in place.

Given the extraordinary policy challenges ahead, Australia needs robust institutions and strong oversight now more than ever. 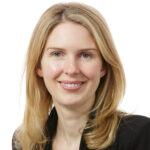 Danielle is the CEO of the Grattan Institute. She has published extensively on economic reform priorities, budget policy, tax reform, generational inequality and reforming political institutions. 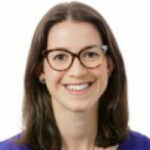 Kate, Budget Policy and Institutional Reform Fellow, is a scientist and policy analyst, with experience in government, strategy consulting, and research. Kate joined Grattan in 2015 and has co-authored various reports on budgets, tax, institutional reform, energy, education and health policy.