Lobbyland: The scourge of powerful special interests and lobbyists 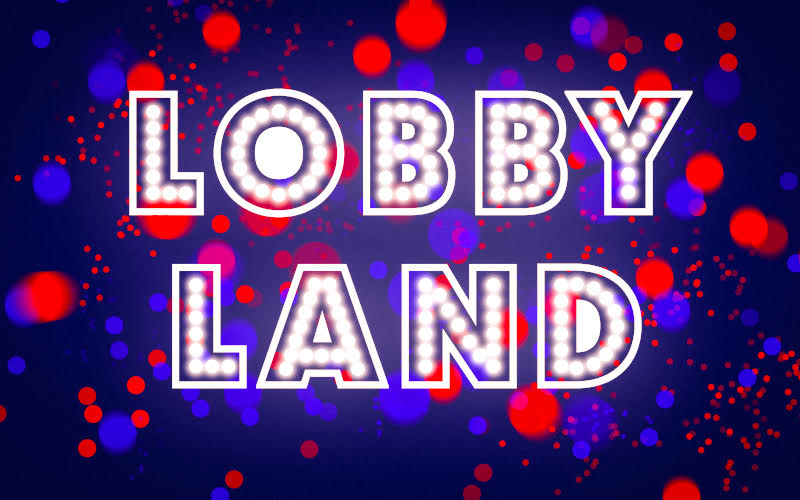 Lobbyists have exceptional access to our Parliament and politicians, and they’re not acting in the public interest.

A major reason for the loss of trust in governments and parliaments is the way powerful special interests with their lobbyists have come to dominate the public debate and skew decisions in their favour. The fossil fuel sector is the most obvious and recent example.

Lobbyists are using their destructive influence more than ever. Consider these three recent instances of how they have corrupted open and good government.

The federal Health Minister Greg Hunt announced in early March 2019 that the Australian government would fund the development of a national website to “provide the public with greater access to information about the costs of specialist services”. He noted that “specialists will…be expected to show their fees … on the website to enable patients and GPs to consider costs when determining their choice of specialists”. Instead when the new website went live, the site lacked key details that were initially promised by the health minister, including individual specialists’ fees and a means for patients to determine their out-of-pocket costs from particular doctors.

Instead, it gave an average cost of a range of procedures, and failed to detail how much each health fund will pay towards each procedure. Gino Pecoraro of the National Association of Specialist Obstetricians and Gynaecologists said that the hundreds of doctors in the field he had spoken to about the website over the previous nine months and that “not one” had indicated a willingness to publish their fees. “Why would they?” he said. “It’s just designed to make doctors look bad’. Hunt buckled in the face of the specialised medical lobby and retreated on what he promised. Public interest is ignored.

The Pharmaceutical Benefits Advisory Committee recommended that for 143 of the most commonly prescribed medicines, doctors could double the drugs dispensed from a single prescription. This would have saved costs for both the taxpayer and the patient. After lobbying by the Australian Pharmacy Guild Hunt again ran for cover.

The banking royal commission recommended that trailing commissions by mortgage brokers be banned from 2020. The government accepted the recommendation. So the 16,000 well-organised and influential mortgage brokers went to work and Treasurer Josh Frydenberg changed his mind. There was no sign that borrowers or the public were consulted in any way. Lobbyists won again.

Lobbying has grown dramatically in recent years, particularly in Canberra. It now represents a growing and serious corruption of good governance and the development of sound public policy. In referring to the so called ‘public debate’ on climate change, Professor Ross Garnaut highlighted the “diabolical problem” that vested interests brought to bear on public discussion on climate change.

Martin Parkinson, a former secretary of the Department of the Prime Minister and Cabinet, has warned about “vested interests” who seek concessions from government at the expense of ordinary citizens. Some time ago the former ACCC chairman, Graeme Samuel, cautioned us that, “A new conga line of rent seekers is lining up to take the place of those that have fallen out of favour”. In referring to opposition to company tax and carbon pollution reform policies, Ross Gittins in the SMH said “industry lobby groups [have] become less inhibited in pressing private interests at the expense of the wider public interest. [They] are ferociously resistant to reform proposals.”

These problems are widespread and growing

There are about 280 lobbying entities registered in Canberra with the Department of Prime Minister and Cabinet. They lobby on behalf of over 3600 clients and employ close to 900 staff as lobbyists.

These lobbyists encompass a range of interests including mining, clubs, hospitals, private health insurance funds, business and hotels that have all successfully challenged government policy and the public interest in many ways.

Just think what the Minerals Council of Australia did to defeat the mining super profits tax and  bring down Kevin Rudd as prime minister. That same council led the campaign to defeat the carbon tax which remains the most sensible way to cut carbon pollution by taxing “externalities”.

There are the activities of Clubs Australia to thwart gambling reform.

We saw the socially damaging role of the Beverage Council of Australia in undermining expert opinion on ways to address the growing epidemic of obesity.

Before the 2007 election the private health insurance industry received a confidential letter from Rudd that in government the subsidy would continue. We learned about it years later.

It is estimated that over 2000 lobbyists in Canberra have ‘orange passes’ that give them unescorted access to the private areas of Parliament House. It is also easy walking to Parliament House from their many offices in Barton and Kingston such as the Minerals Council of Australia, the Pharmacy Guild, AMA, Lockheed Martin, Northrop Grumman and the Business Council of Australia to mention just a few. They are also located in easy walking distance to Prime Minister and Cabinet, Treasury, Finance and the National Press Club. A real Lobbyland!

Lobbying is about winning political favours that corrupt markets and prevent open competition. Land rezoning is the most blatant example. Get a favourable re-zoning and dramatically increase the value of the property.

Secret lobbying is pervasive and insidious. It must be made transparent and drastically curbed but without limiting the right to be heard by such important organisations as ACOSS, Red Cross and World Vision.

With journalism under-resourced, the media depends increasingly on the propaganda and promotion put into the public arena by lobby groups. Many of the so-called economic and business economists we read, hear and see on our media are in the employ of the banks and accounting firms with their own self-interested agendas. It was no surprise that they gave us no inkling of the malaise and corruption of the banks. Only a royal commission exposed what was really happening

The wealthy private schools with their lobbying and political clout are obstacles to needs-based funding, which is necessary for both equity and efficiency reasons.

Much of the policy skills in Canberra departments have been downgraded and “policy” work is contracted out to accounting and consultancy firms with poor policy skills and no corporate memory. This handing out of work is done in the name of downsizing government but it gives a major advantage to those accounting and business associates and their lobbyists who work for large and powerful corporations. That makes it harder for the public service to safeguard the public interest against lobbyists with their incessant demands for favourable treatment. Inexperienced and young ministerial staffers are much more likely to listen to vested interests with their lobbyists.

So what reforms are necessary?

Federal lobbyists have to be registered with the Department of Prime Minister and Cabinet, but this is inadequate. They should also be obliged to promptly, publicly and accurately disclose the discussions and meetings they have had with ministers, shadow ministers and senior public servants. That same rule should apply to vested interests such as the Minerals Council of Australia, which lobbies directly on its own behalf.

All lobbyists with their orange passes should be banned from parliament houses across Australia. Let them lobby MPs elsewhere.

All proposals by special interest groups should be accompanied by a public interest impact statement prepared by an independent and professional body. This statement should be made public and would be attached to representations from the interest group. Major private consulting firms and the four large accounting firms should be excluded from this process as many of them have shown themselves to be compromised in the interests of their clients.

Think tanks such as the Institute of Public Affairs and the Sydney Institute, which are secretly funded and act as fronts for vested interests, should not receive tax benefits.

Government departments such as Health, which are especially influenced by special interests, should have different governance arrangements. The traditional minister/department model in the Health Department is a happy hunting ground for lobbyists and vested interests, significantly undermining and sabotaging urgent health reforms. The Reserve Bank, composed of independent and professional persons, has shown the benefit of governance arrangements in keeping vested interests at bay and promoting an informed public debate. We need such an arrangement in other important policy areas as well.

No minister or senior official should work with a vested interest group that they have been associated with for at least five years after retirement or resignation. It is estimated that more than 50 per cent of registered lobbyists have previously worked in government, for the  Coalition and Labor.

Adequate funding of the ABC, to ensure it can assert the public interest and promote public debate, is now more important than ever. The ABC, despite its obvious shortcomings, is still the most trusted media institution in the country. News Corp is the least trusted.

A federal Independent Commission Against Corruption and a corresponding body in each state/territory is required to examine allegations of corruption.

The problem of vested interests and their corruption of public debate must be tackled. This is urgent if we are to have democratic renewal, restore some faith in our public institutions and develop sound public policies.

The scourge of lobbying and the undermining of good and open government must be dealt with urgently.  A great deal is at risk.

But a major obstacle to reform is that for members of parliament, their staff and senior officials, lobbying provides a very lucrative income when they leave parliament or the public service. Among the names coming to mind are Julie Bishop, Christopher Pyne and Stephen Conroy.

Powerful lobby groups not only promote their own interests but compromise those who should be supervising them — members of Parliament.

Read more from the Lobbyland series: