The British Foreign, Commonwealth and Development Office (FCDO) issued its latest “six-monthly” report on Hong Kong on 10 June.[1] Although this report has emerged five and half months after the end of the period it covers, from 1 July to 31 December 2020, the delayed delivery does not appear to have improved its substance.

The report presents a damning assessment of developments in Hong Kong. It claims two “clear breaches” of the Sino-British Joint Declaration during those six months, and argues that “this period has been defined by a pattern of behaviour by Beijing intended to crush dissent and suppress the expression of alternative political views in Hong Kong”.

This view will not come as a surprise to anyone who has been following the British government’s policy on Hong Kong. But there are some major problems with this report.

The series of reports began in 1997, and for many years offered generally objective accounts of events in Hong Kong. As the international heat around Hong Kong intensified, however, the British government’s position shifted to one of strong opposition to Beijing’s approach. This sets the stage for the latest report, a catalogue of complaints that does not give an accurate or objective picture of what has been happening in Hong Kong.

An objective analysis would represent – or at least reference – the range of views and possible interpretations of what is happening in Hong Kong. Although one perspective dominates the international media coverage and the lobbying to which British parliamentarians and ministers are subject, there is more than one view in Hong Kong. Indeed, a polarised politics has been part of the Hong Kong political landscape for many years. Readers of this and other recent FCDO reports would find little evidence of that political reality in their pages. Taking Hong Kong and the development of democracy seriously should involve taking into account views across the Hong Kong community, and not just those which are echoed by the activists swarming around Westminster.

This can be seen in the coverage of the National Security Law (NSL), passed on 30 June 2020 (the eve of the period the report covers). The report starts with this, but does not give any flavour of the debates and discussions in Hong Kong about the possible interpretations of the law and what its implications might be. Neither does it give any context, or attempt to discuss why this legislation was passed. Hong Kong’s political crisis, including the violent unrest of 2019 and encouragement of dissent by politicians outside Hong Kong, has been conveniently forgotten.

Instead, the FCDO has jumped to conclusions, as it did first on 1 July 2020, just hours after the law was passed. Events since the end of the reporting period have given us more on which to base analysis of the NSL’s impact. But until cases have gone through the courts, we simply will not be able to make clear judgments. Support for Hong Kong’s judicial system should imply acknowledging the role it will play in shaping the impact of this legislation.

This relates to the report’s assessment on basic rights and freedoms. As noted above, the headline assessment is that Beijing’s goal is to “crush dissent”. But that is debated in Hong Kong – many may agree, while others disagree.

Read into the body of the report and we find that the measures introduced – as described by the FCDO itself – do not do what that headline claims. The report makes clear that the target of new measures is national security, and particularly advocacy of independence, soliciting interventions by foreign governments, and challenging Chinese sovereignty over Hong Kong (eg pages 18, 20-21 and 23). These are hardly new “red lines” on the part of Beijing, having been stated in one form or another since the 1980s. The requirement to legislate has been explicit since 1990 (Article 23 of the Basic Law), but only now brought into effect.

Perhaps the most relevant point in the report from a British perspective is the claim that the Joint Declaration was breached twice in the period under review. One was for the NSL, and the other for Beijing’s decision in November 2020 on the requirement for legislators to uphold the constitutional order.

These breach declarations by the British government are well known. But their coverage in the report is frustrating. The FCDO must be aware of public debate over whether these developments did in fact constitute breaches, and if so, why. For example, is the FCDO’s issue with the NSL that it was passed in Beijing, or that it is seen to infringe “basic rights and freedoms”?

The report seems to suggest both (see pages 6, 17 and 32) and that the NSL “violates … independent judicial authority” (p. 6 – this is not explained). But it is vague, perhaps deliberately. This report was surely a good opportunity to give a few sentences of legal explanation, setting out precisely where the Joint Declaration has been breached and why. We are left with repeated statements that the breaches are “clear” but without explanation.

If the FCDO really sees the Joint Declaration as a “legally-binding treaty” then it ought to offer some detailed legal justification for the claim that the other party has breached it.

None of this will matter much in Westminster. The British government has been under increasing political pressure to “do more” on Hong Kong, even after its bold offer of right of abode in the UK to potentially five million holders of British National (Overseas) passports and their dependents (an offer challenged, as it happens, by Beijing as being contrary to the Joint Declaration).

The reality is that there is not much the UK can do, and in the end this report shows that. Without any ability to change the course of developments in Hong Kong, all the FCDO can do is complain from the sidelines, hoping that its adversarial tone will do enough to keep the Westminster lobby off its back. 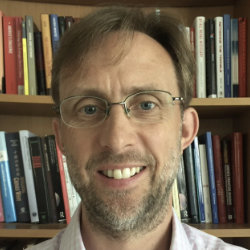