From time to time our newspapers pen articles about road reform.  They raise the need for spending to be more efficient and less guided by the electoral pork-barrel and for more value to be visible to motorists. The call for efficiency is particularly understandable as tax revenue become scarcer: the Westconnex motorway project in Sydney would almost fund the latest Gonski education reform package. Westconnex would also fund almost half of Australia’s latest submarines purchase[i].

It should shock the general community to learn that road reform as envisaged formally by road agencies is not going to improve these matters at all.  Instead, what is in prospect would only entrench and magnify the effects of the current politicised and inefficient roads system.

The latest Commonwealth departmental road reform proposal is the grandly-named Land Transport Market Reform Strategy[ii] – an odd title indeed for a plan that seeks to lock out any orthodox market reform of this sector.  It would see the tens of billions of fuel tax and vehicle registration charges paid each year by motorists ‘hypothecated’ directly to road agencies, whose funding levels would be determined not by treasury scrutiny, but by how much they and their ministers wish to spend on roads in the future. This is a recipe for even more inflationary and politicised road budgets – the current approach, on steroids.

The new approach would also seek to strait-jacket an independent regulator from performing any scrutiny whatsoever of the funding base, or what spending actually achieved for motorists post factum.  Fuel tax and registration costs to road users would likely go up by at least 25% and perhaps by much more under such arrangements.

Road charges, taxes and governance are a dry and complex field.  This leads even competent road ministers eyes to glaze over when road reform is raised.  This has left some within the agencies a free hand to plan their own vision of the 21st century: a fully-stocked cash machine for themselves, their ministers and the road infrastructure lobby – and no public scrutiny.

Road agencies are the last throwback to pre-competition reform, 1970s-style government utilities – large, public sector monopolies wielding almost complete power. They control what is spent and where with almost no scrutiny; this creates the conditions for politicisation of vast budgets: a Commonwealth roads minister, for example, can do multi-billion dollar deals with States of choice with near-impunity.

One such deal was agreed by then Commonwealth transport minister Truss and then-Queensland Premier Newman a few years ago: around $10 billion  – almost half the size of the latest much-debated Gonski education deal – was allocated to the Bruce Highway, which runs along Queensland’s east coast – and through Truss’ electorate.  Was there a published business case? No.  Did Infrastructure Australia scrutinise the matter? No.  Did a Senate committee do so? No. Were there alternative spending patterns presented for scrutiny? Who knows?

This is not to single out one side of politics unduly: Labor does this too.  So – almost unrestrained political power, due to the unreformed nature of the utility.  Except for two important features:

These last guarantees of sunlight in the system would be dumped under the latest reform proposal.  What is proposed starts with the trucking industry, but gestures clearly to all vehicles eventually.

The preferred agency arrangement proposes all truck fuel taxes and registration charges be hypothecated to the road agencies for future spending, bypassing treasury scrutiny and control.  Road budgets thus received would be based on what the agencies and their political masters propose to spend in future, rather than current heavy vehicle charging arrangements which reimburse the agencies for what has already been spent.

This proposal would push up fuel taxes and registration fees, for two reasons:

Either this occurs, or future governments decide not to give the top-up to road agencies, which now retain the same inefficiencies with a dwindling budget base, so that on a quite random basis, some motorists begin to suffer from extremes in lack of service and safety while swinging electorates are showered with funds – this would just be the current system, magnified.

How do the road agencies propose to get away with this power play? The Commonwealth advances a ‘fig leaf’ regulator to rubber-stamp these matters.  I write ‘fig leaf’ because buried in the details of the paper, the authors set out quite explicitly the things the ‘independent price regulator’ will not be doing:

In other words, agencies and their political masters will decide absolutely everything about their expenditure patterns.  They will never be asked to show how the money was spent and to what effect, they will never need to instigate service levels to motorists or show how they met these service levels. They will present their politicised wish list each year and a tame price regulator will stamp it.  With that, the money will be deposited in the agency account.

Let’s leave aside the rejection of both democratic process and competition reform principles implicit here, as well as the arrogance on show in the disabling terms of reference set for a regulator.  In simple realpolitik, the scale of tax and charge increases required dooms this plan –no government would risk levying perhaps 25% increases on voters without vast and guaranteed user gains secured.

Real road reform boils down to finding ways for governments to spend less on roads, not more – and to spend what they do much more efficiently.

This leads us to partial market reform – most likely on major highways and in major cities:

On many major intercapital routes, most trucks are on these highways because they out-compete interstate rail on price and convenience.

Highway spending might be drastically reduced by examining the pricing of these trucks on routes where they compete directly with interstate railways, to see whether these trucks are in effect being subsidised against rail freight through insufficient fuel tax and registration levels compared to a fair direct charge for use of that highway.  It has always been within the power of regulators and road agencies to find the answer to this question.  If these trucks are indeed being subsidised, a better solution would be to simply publish a credible, transparent direct highway truck charge and thereby show governments, potential rail infrastructure investors and all freight users what they are likely to be losing in the long run by persisting with subsidised road freight.  This is particularly relevant on the east coast, where unlike every other comparable large nation on earth, Australian trucks deliver 80% or more of long-distance interstate freight while trains do very little business outside commodities like coal and grain.

Doing these two things alone might reduce road agency spending calls by billions annually.  We can all imagine ways to use that money to better effect.  Beyond these likely candidates for market reform, we move into the more uncertain realm of major community service obligations in roads, offering far less reform benefit for effort.

These two prospective reform avenues could be explored with modest, smart effort.  Within a short space of time, an independent economic regulator or some other competent party could produce reference cases to show the pricing and likely economic and commercial impacts on offer from partial market reform.  That would be a useful starting point for a responsible and intelligent conversation with motorists about microeconomic reform in roads.

Only one thing remains near-certain: the partial market reform path will never be advanced by the road agencies themselves:  to do so would be to denude their own influence.  In any event, for now, governments appear happy to let road agencies play with their fiscal doomsday device for a bit longer.  At some point, this approach will become too expensive to bear and governments will demand savings, not more agency spending.  Eventually, even road users might ask for a cheaper, better system.

Luke Fraser is the founder and principal of a transport infrastructure policy and investment advisory. In 2012 he was appointed to the board of the Prime Minister and Premiers Road Reform Project. Prior to this he was a national freight industry chief executive. He has been a board member of Open Family and worked with Les Twentyman’s Twentieth Man Foundation.

[i] Assuming the subs project – a matter of almost unprecedented scale and complexity for our nation – sticks to its budget, which is unlikely. 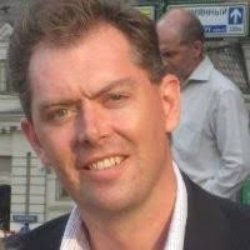