What Does China Want under the Leadership of Xi? -The South China Sea, Hong Kong and Taiwan. Part 1 of 2

China now is no more aggressive than China in the era of Mao or the post-Mao period. But China is now seen to be more  assertive because it has grown in economic and military capabilities. In the three US-led Western agenda setting issues of the South China Sea, Hong Kong and Taiwan China wants to keep the status quo as much as possible.

The nine dash line demarcating the SCS by China was not the creation of the PRC. This is the same kind of claim that the Republic of China authorities in Taiwan makes and has not so far given up. The biggest land mass in SCS called Taiping Dao in Chinese and Itu Aba Island in English has been under the control of Taiwan. Vietnam, Malaysia and the Philippines also took possession of some entities in the SCS. Vietnam has been building up sand islands for years and China started doing that later but in larger scale.

There was the 2016 decision of the arbitral tribunal between the Philippines and China which stated that none of the islands in the Spratly Islands, where most disputes are and where the built up of sand islands may change the status que, are entitled to an EEZ and continental shelf. China refused to participate in the arbitration and has declared the decision of the tribunal to be null and void.

There has never been any issue in commercial freedom of navigation, the majority of which is from and to China anyway. China and Vietnam exchanged fire in SCS that incurred casualties on both sides twice in the entire history of the PRC, January 1974 and March 1988. So far nothing like this has happened since Xi came to power in 2013.

So what does China want? If the past is any way to judge, it is reasonable to expect that China might give concessions in return for permanent settlement with disputed parties in the SCS. For all the land disputes with its neighbours the PRC was willing to negotiate and has made compromises for permanent settlement, including that with Vietnam (Mobo Gao “The Tree May Prefer Calm but the Wind Will Not Subside”, The China Quarterly, March 2018, Volume 233, pp. 230-242). The only exception is with India because India refused a  negotiated settlement (Neville Maxwell, China’s Borders: Settlements and Conflicts, Newcastle: Cambridge Scholars, 2014).

There are indeed signs of China’s intention  to make concessions in this direction. China has remained ambiguous on what the nine dash line means in terms of territorial claim. My interpretation is that China wants to leave room for negotiation. China has also claimed that it is willing to shelve the dispute and ready to explore the oil resources jointly with disputed parties.

There was no democracy in Hong Kong under the British colonial rule until some was introduced by the last Governor Chris Patten. By any measure there is more democracy in HK now. The central government in Beijing hand picks what is called the Chief Executive but he or she must be a local Hong Konger whereas all the governors of colonial HK were British and white. During the 2019 demonstration, violence by masked radicals went as far as destroying traffic lights, attacking police stations, police officers, vandalising MTR facilities, shops and banks, and occupation of the city’s airport and universities. Article 23 of the Basic Law, Hong Kong’s mini constitution, requires the city’s government to enact a national security law. However, no law of this kind has been passed by the city’s legislature while grassroots protests in 2019 were seen to be used for geopolitical purpose. It was under such circumstances that China in 2020 decided to craft a law to “prevent, stop and punish” threats to national security by outlawing acts and activities of secession, subversion, terrorism and foreign interference in the city’s affairs”. It is now feared that new national security law may be the beginning of the end of “one country two systems” formula.

So what does China want? From my reading China would want very much to keep HK as it is, at least until 2047 (50 years of status quo); but it will not tolerate any attempt in making HK the basis for a “colour revolution”. China will go as far as having a popular elected Chief Executive. But the economic downturn and social inequality remain acute issues.

Taiwan was under the Japanese colonial rule for half a century before it was returned to China after Japan’s unconditional surrender to the II World War allies including China, the US and Australia, in 1945. The subsequent civil war between the CCP and KMT resulted in two Chinese governments in 1949, the People’s Republic of China (PRC) in Beijing and Republic of China (RC) that KMT under the leader of Chiang Kai-shek in Taiwan. During the Cold War the Communist camp headed by the Soviet Union supported the PRC while the Capitalist West led by the USA supported the RC until 1971 when Henry Kissinger visited Beijing. Because of the USA relaxation of its hostility, the UN voted to accept PRC of Beijing as China by ousting RC of Taiwan. Any nation wanting to establish diplomatic relations with the PRC has to commit to the formula that there is only one China and Taiwan is part of China. While Taiwan has enjoyed de facto independence the PRC still holds that the civil war has not ended and that Taiwan’s gradual evolution to democracy does not justify a claim to nationhood. During the era of Mao the PRC and RC continued the civil war status que by ritual gun fires between Xiamen and Kinmen (Quemoy). There was an intimidating missile test from China to the waters surrounding Taiwan in 1996. Since Xi came to power in 2013, there has not been more provocative action from the PRC.

So what does China now want? China would most of all like to see a peaceful unification, to which China has been waiting since 1949. However, the increasingly likelihood of the people in Taiwan wanting a new nationhood may wear China’s patience out. No Chinese government, under Xi or not, can afford to let Taiwan go its own way at this juncture of history mainly for two reasons: 1) separation of Taiwan is a reminder of One Hundred Years of Humiliation and 2) Taiwan is China’s gate way to the broad Ocean Pacific. Therefore, emotionally and geopolitically any declaration of independence or even a referendum for independence would mean war for the PRC. For the peace of the world it is best to keep the status quo.

Mobo Gao is Professor of Chinese Studies at the University of Adelaide. His recent publications includes Gao Village Revisited: Life of the Rural People in Contemporary China and Constructing China: Clashing Views of the People’s Republic 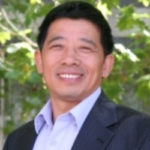