Doc Evatt’s role in the partition of Palestine. Part 2

From his commanding position as chair of the UN’s Special Committee on Palestine in 1947, Doc Evatt affected to listen carefully to those opposing the partition of Palestine while simultaneously manipulating proceedings, causing a sensation by using his casting vote to prevent legal questions from going before the International Court of Justice, and forcing an unseemly scramble to rush the process through, ordering grumpy delegates to meet twice daily and in the evenings to finalise their proposals.

Evatt had no knowledge of Palestinian history or culture, and while deciding on the fate of the Palestinian peoples’ country, he made no effort to visit or meet with the ‘natives’. His only glimpse of the place was confined to a few hours during a touchdown at Lod airport en route to Europe. He never held discussions with Palestinian representatives, though a few of their articulate English-speaking lawyers and intellectuals had offices in London and Washington. In contrast, the Zionists rarely left his side, whether in Australia, London, Paris or the UK.

He made no time to accompany representatives from his committee on their fact-finding mission to Palestine. The two Australian delegates who went apparently became disillusioned. One was heard to quip: “Give Palestine back to the Turks with a substantial bonus…” and they were “ ‘daily worried’ by the prospect of Jews wishing to pick up and head to safety in Australia”. The delegates’ minders quickly informed Evatt of their behaviour and they were pulled into line.

There is no evidence that Evatt was directly involved in the threats and intimidation occurring in the weeks before the final vote on partition: the momentous vote that established the Jewish state and enabled unlimited immigration. But he well knew what was unfolding and bears some guilt for failing to call out corrupt conduct, either at the time or later when writing his sanitised version of events.

The handful of Arab delegates “were badly disillusioned by the United Nations’ handling of the Palestinian cause, which they considered a gross injustice … Dr Evatt had been strongly opposed to the Arabs and had been observed canvassing for partition votes.”

US Secretary of Defence James Forrestal wrote in his diary that “the methods that had been used … to bring coercion and duress on other nations in the General Assembly bordered closely on scandal”. The delegate for Columbia commented: ‘Even if partition went through it would have no moral validity. How many delegates are in favour of it freely?” Delegates from small countries like Liberia, Haiti and the Philippines were forced by financial threats to change their votes. It was rumoured that France reversed its vote under threat of losing aid under the Marshall Plan.

While Evatt’s Committee was debating the partition of Palestine, the Indian and Pakistani delegates learnt of the killing of more than a million during the ill-judged and equally hasty partition of India. Naturally, Gandhi himself wrote and lobbied against both partition plans, saying of Palestine that “what is going on today cannot be justified by any moral code of conduct”.

The Pakistani delegate, Sir Muhammad Zafrulla Khan, a lawyer every bit as brilliant as Evatt, was well aware that the refusal to submit the partition plan to the International Court of Justice, as engineered by Evatt, was “a confession that the General Assembly is determined to make recommendations in a certain direction, not because these recommendations are in accord with principles of international fairness and justice.”

Khan added that those who believed that the UN had any authority to partition a country against the wishes of a majority of its inhabitants should at least “modify the harsh and obviously unjust features … When one came to look at the map [i.e. the proposed partition boundaries] … one was astounded that this should be put forward as a fair solution.” Nearly 60% of the best land and the two ports were allotted to a small Jewish minority.

Evatt affected an Olympian impartiality as chair of the committee, though by 1947 he had secretly assured a favoured few that he was committed to partition. But when writing his account for posterity, he claimed that he “entered upon the work of the Committee without prejudices in favour of any particular solution”, adding that “whatever complaint the Arabs had …. they could never complain that their case had not been heard to conclusion.”

The only detailed account of these truly momentous proceedings is found in Daniel Mandel’s book, H. V. Evatt and the Establishment of Israel: the Undercover Zionist (2004). My opinion of Mandel’s oeuvre, for which he received a doctorate and a well-deserved job with an American Zionist organisation, is best expressed in comments on an earlier Zionist text by anti-Zionist British writer J.M.N. Jeffries: “I disagree altogether with its conclusions, but if it strands the reader in the wrong terminus at midnight he will, none the less, have travelled first class throughout.”

Mandel uses Australian, Israeli and American sources and his research stands alone as a blow-by-blow record of Evatt’s meetings, predilections and actions, with details not made available before this.

In 1948 Evatt was narrowly elected to the annual presidency of the UN General Assembly in spite of widespread disapproval of his handling of 1947’s partition resolution. In September of that year, the French President handed over the golden key of the Palais de Chaillot in Paris, declaring it United Nations territory for the duration, and Evatt was now enthroned “on the great Louis Quatorze chair to preside over the momentous gathering…”

However, there had been a mildly disconcerting spectacle at Orly airport, where UN delegates were confronted on arrival by the flag-draped coffins of the murdered UN mediator Count Bernadotte and his French aide Colonel Serot, lying side by side at the airport.

When war erupted in Palestine after partition was approved, the UN Security Council had appointed Bernadotte – head of the Swedish Red Cross and rescuer of Jews and others from the Nazis – as UN mediator. But Bernadotte was assassinated, along with his aide, by Jewish terrorists for advocating the return of Palestinian refugees and for planning fairer partition boundaries.

Evatt is best remembered for playing a positive role at the founding conference of the UN, but the Machiavellian procedures he employed to ram through the 1947 resolution on Palestine are never challenged, perhaps because he’s such an icon and patriot.

The latest biographies by John Murphy (2016) and Ken Buckley et al (1994) devote only three or four bland pages to Evatt’s epic campaign for Israel, while the previous four biographies give no details at all, just favourable mentions. The lack of attention is mystifying since Evatt regarded this campaign as the pinnacle of his UN presidency and it was certainly a nail-biting drama.

The explanation can only be that Evatt’s followers, then and now, continue to wear the white blindfold. Of course, the problem lies not so much with Evatt himself as with the culture that cocooned him, from his childhood, in a segregated country town to the leadership of an impossibly racist Labor Party.

We could be guided by Indigenous writer Luke Pearson, who asks us to “ensure that the next generation of Australians do not build their worldview solely on the white supremacist myths of the past”.

All things considered, it’s not reasonable for our best and brightest to keep a dead, male, white supremacist on a pedestal. If they insist on upholding Evatt as “the Australian who has had most influence on human progress”, it’s time for a more nuanced assessment of the great man. It’s time we talked about Evatt. 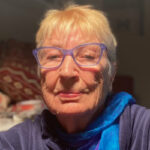