Mapping the division of Malaysia. 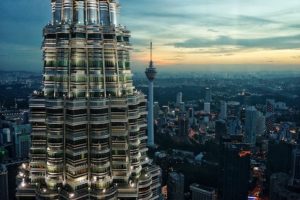 Malaysians have never had much influence in electing a government. In the general election that must be held by August, what little say they did have is about to be erased.

This week, all the tools for stealing the next general election in the multicultural nation will be delivered to the long-ruling Barisan Nasional coalition government.

Parliament will get a peek at two of them — one to combat fake news and the other the gerrymandering of constituencies based on racial composition. These are being seen as a prelude to the appropriation of the coming election, the 14th since the country’s birth in 1963.

On March 26, the anti-fake news law gets its first reading in parliament three months after the government announced it intended to muzzle social media. The reason given was the need to safeguard the wellbeing of the nation.

Critics have dismissed that explanation by the government of Prime Minister Najib Razak as a convenient excuse to silence criticism following stunning revelations of corruption, including the 1MDB development agency scandal, that have rocked his government since the last election in 2013.

On March 28, the Election Commission’s final recommendations for parliamentary and state constituencies in Malaysia, tabled in parliament on March 22, will be debated and voted on.

The order, seen as one of the most important decisions to be made by the current parliament as it will possibly determine the outcome of at least the next two elections, will only need 111 votes to be passed.

The way the commission’s report has been dealt with by the government has been controversial. Inexplicably, Parliamentary Speaker Pandikar Amin ordered that the more than 1,000-page report be embargoed until March 28.

This has hindered Malaysians from understanding and debating the report before their parliamentarians cast their votes.

The decision created widespread political uncertainty as incumbents and challengers prepare to make their case to voters without knowing much about the changes to their constituencies.

The new electoral map appears to boost the government’s efforts to regain the two-third majority in parliament that they lost in the last election.

It could flip several marginal opposition-held seats, according to an analysis from the Penang Institute, a Malaysian think-tank, an assessment echoed by other political experts.

The government-appointed election commission redrew the map to maximize partisan advantage in favor of the government rather than social and geographical compactness.

Political scientist Wong Chin Huat told The Australian newspaper in a report published on March 24 that the redelineation would prevent large sections of the population from having equitable representation in parliament and the state assemblies.

He said the best thing for the government was if the election became a non-event.

“If the turnout drops to 70 percent, the government could win a two-thirds majority with just 40 percent of the vote,” the newspaper quoted him as saying.

According to published figures, the average size of an opposition seat is 77,655 voters, while the average Barisan Nasional seat contains 46,510 voters.

The commission’s redelineation exercise has also been hammered for creating racial-centric constituencies. Opposition politicians say it is a means to diminish the importance of non-Malay support for the ruling party.

“What they’re doing is Balkanising the electoral landscape to put all Chinese in one area and all Malay in another area, so you create a divided electoral system where legislators need only address the one ethnic group,” says Tian Chua, a parliamentarian who sits with the opposition.

“What will happen in the long run is we will have a parliament that’s very divisive. On principle, we oppose that, not because we will lose but because it’s bad for the country,” he warns.

In the meantime, the assault by the government on opposition leaders continues. The police and the courts continue probing allegations of minor offences by opposition figures while ignoring the 1MDB scandal and the violation of the constitution at the election commission.

The opposition alliance, Pakatan Harapan, led by former prime minister Mahathir Mohammad, has been refused registration by the government appointed registrar of societies on a technicality.

Najib is keeping busy too loudly denying he is guilty of fraud while at the same time doling out government funds in an attempt to buy the loyalty of civil servants and promising them even more bonuses after the elections.

As things stand, if Malaysians want to effect change and hold their government to account, they will have to come out to vote in larger numbers than ever before. The opposition will have to whip up the same kind of enthusiasm for change that led to the unprecedented 85 percent voter turnout in the 2013 election.

Anwar Ibrahim, the jailed 70-year-old opposition leader, due to be released from prison on June 8, helped inspire voters then.

That election saw 5,623,984 voters cast their ballots in favour of the opposition, leaving the government with 5,237,699 votes.

This article was first published on La Croix International