Who owns the development rights in our cities?

Land development rights are in reality a public asset and should be capable of being exploited only where accompanied by a fair value commitment to improvement of the public realm, including for example through the delivery of more social or affordable housing. Part of the value added from increases in the value of development rights (eg. as a result of re-zoning or infrastructure improvements) should be re-directed from the seller to the community. This could be done without either increasing the cost of development, or the cost of housing.

The privileges of freehold ownership of land in Australia are often misunderstood, and this acts as an efficiency drag on our housing markets.

The introduction of town planning laws in the early part of the 20th century decisively separated the ownership of land from ownership of the rights to develop the same land. From that point on, development rights were reserved by the State. Depending on the provisions of the relevant planning scheme – which can be changed at any time – these rights are awarded to applicants on conditions deemed appropriate by the community acting via the Government.

The purpose of this undoubtedly massive interference in private decisions about land use was and remains efficient city building. Private decisions about the development of land do not automatically take into account externalities – the impacts on neighbours and the cumulative effect on the functionality of streets, neighbourhoods, suburbs and regions.

As any real estate agent will attest, much of the value of land resides in its development potential, which in turn, is a derivative of the site’s access to the facilities, services and amenities brought about by the community’s intergenerational investments and urban management. A developer will value land by starting with the expected sales revenue for their finished products. From this they will deduct their profit margin, their construction costs, their taxes and charges and their marketing and project management costs to arrive at the maximum price they would be willing to pay for the land in question. This is the price of the development rights they are seeking to secure.

Across Australian jurisdictions, the administration of planning typically reflects a poor understanding of State reservation of development rights. Quite often, the value of development rights is simply given away. For example, land in Melbourne’s Fishermans Bend precinct – reputedly Australia’s largest urban renewal project – was rezoned overnight from industrial to higher order ‘Capital City’ uses in 2012 by the then Coalition Government in Victoria. The rezoning carried no obligation on proponents to deliver public benefits, such as affordable housing and parkland, in return for the development rights on offer. Thankfully, the development rights in question do not actually transfer to land holders until such time as they secure a development approval, zoning notwithstanding. Accordingly, subsequent Governments have reformed the planning rules with the effect of clawing back some of the value that might have otherwise flowed to land traders as windfalls.

Elsewhere, planning administrators sensing that development approvals deliver a valuable and tradeable privilege or ‘licence’ seek to score some wins for their local communities by negotiating developer compliance in public realm improvements and other benefits. The problem with this is that the negotiations are opaque and accountability is dubious.

Planning administrators have an incentive to make and keep the planning system complex and time consuming to maximise opportunities to negotiate the community outcomes they want. This adds costs, uncertainty and sometimes corruption to the development approval system, all of which diminishes the productivity of housing developers.

Developers, consumers and the regulators acting on behalf of the wider community would all benefit from explicit recognition that development rights are owned by the community and must be purchased from the community at fair value. This would require proponents to both comply with planning rules and obtain a site-specific development licence the fee for which would reflect the value associated with the awarded development rights.

Developers are price takers not price makers in their own markets. Were they to be obliged to purchase a development licence they would be in no position to pay more for sites than they do now; their feasibility remains unchanged. The effect of the licence fee would be that part of the price they would have otherwise offered to the land seller will now be redirected to the community. So long as this reduced price provides the land seller with a sufficient premium over their next best alternative use of the land, they will release the site to the developer. There would be no interruption to housing supply and no upward pressure on housing prices.

The proceeds of the licence fee would run into the billions of dollars across Australia’s major cities. This revenue could be shared with local governments which are in the front line of managing housing development and the controversies which attend it. If Councils had a stake in expanding local housing supply, they may be more inclined to champion it, thereby improving housing market efficiency.

The licence fee proceeds would also be a handy supplement in the funding of much needed social housing investment in our cities.

Dr Marcus Spiller is principal at and a founding partner of SGS Economics & Planning. He has lectured in urban economics at Melbourne University, been an adviser to the Minister for Planning and Housing in Victoria and a Senior Executive in the Queensland Department of Housing, Local Government and Planning. He is a past National President of the Planning Institute of Australia and a former Board Member at VicUrban (now called Development Victoria). He has also served on the Commonwealth Government’s National Housing Supply Council. 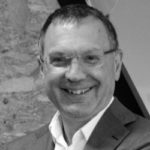 Dr Marcus Spiller is Principal and Partner in SGS Economics & Planning Pty Ltd. Alongside his 35-years of consulting in urban economics, he has worked as an academic, adviser to the Minister for Planning in Victoria, adviser to the Commonwealth Government on urban policy and senior executive in the Queensland Government.