The militarization of Australian history and the myth of ‘shared values’

Fifteen years ago when I wrote an op.ed for The Age newspaper about the militarization of Australian historical memory, amidst the frenzy of war commemoration then careering out of control, the sub-editor gave it the title, ‘The Howard history of Australia’.

It was an appropriate tribute to the political influence of Prime Minister John Howard in re-shaping our sense of national history and promulgating the story that Australian nationhood was born at Gallipoli, in military engagement overseas, rather than as a result of civilian and political achievement at home.

I referred then to the recent expansion of war memorials, the proliferation of plaques, annual pilgrimages to battlefields, the development of war-focused curriculum materials for schools, massive subsidies for book and film production and most importantly the endless ritual of public commemoration.

One effect of this very public history-making was to obscure the significance of real nation-building that ushered in and followed federation, the astonishing burst of progressive social and political reform that enshrined collectivist Australian values in world-historic achievements, such as the 8 hour day, a compulsory minimum wage, old age and invalid pensions, women’s political rights, the idea of a ‘living wage’ and compulsory voting.

Another effect, I suggested, of the excessive investment in commemorating endless participation in overseas wars, fought at the behest of imperial powers, was to consolidate our condition of colonial dependency, a condition that defines us still, as Jenny Hocking’s heroic and steadfast archival research has recently confirmed.

In a subsequent book, What’s Wrong with Anzac? written with three colleagues, Henry Reynolds, Mark McKenna and Joy Damousi and published in 2010, we extended our critique of the militarization of Australian history and society. We critiqued the ways in which a rewriting of the past was serving to compromise and militarise our future. And so it has come to pass.

As many critics including Joe Camilleri and John Menadue have shown, war and militarization have since become ubiquitous in Australian life, as civil society, democratic processes, independent media and creative and intellectual work are systematically demeaned and defunded. Military and security agencies dominate large areas of our life. Even as the federal government has supported Brendan Nelson’s preposterous proposal to build a $498m extension to the Australian War Memorial, in part to display modern armaments manufactured by the companies who are also major donors, other national cultural institutions such as the National Library of Australia (NLA), the Australian Archives and the National Gallery of Australia have been systematically deprived of funds in cuts that have severely curtailed their core collecting functions.

Even as new military hardware that better targets our region is purchased, the collection of Asian cultural and literary resources by the NLA has had to be curtailed. The work of civilian Customs and Immigration officers has transformed into military-style Australian Border Force operations, international relations are militarized, humanitarian aid slashed, the practice of professional diplomacy is downgraded and the work of DFAT marginalized.

At the same time Universities are in crisis. Over the last two decades these internationally-lauded public institutions have had their basic government funding reduced to the extent that most have come to rely on international student fees to sustain research and teaching budgets. The corporatisation of Australian universities has further led to the widespread casualization and exploitation of the academic workforce. In stopping international travel, the pandemic has been devastating for university budgets and led to hundreds of staff sackings.

In the midst of all this the Coalition government has signaled its intention to render the study of Humanities and Social Sciences at our universities prohibitive by more than doubling the fees for students. In a move both philistine and short-sighted, the government has made it clear that critical enquiry is not welcome.

Critical history has infuriated conservatives such as journalist Andrew Bolt and members of the Coalition, as John Howard testified. His promulgation of the Anzac story occurred in the context of, and as a response to, the History Wars. Tired of talk of Aboriginal massacres, he wanted to change the subject and open up another fighting front. Lavishly funded by the Department of Veterans Affairs (DVA), schools were inundated with curriculum resources detailing and celebrating overseas Australian military operations across battlefronts in Europe and South East Asia.

Funding cuts to universities and history departments might mean the loss of Australian social, political and intellectual history. Not to worry. Australian military history will continue to be generously funded and promoted by its own agencies in DVA and the AWM.

But independent critical history has never been more important, especially as we are drawn into closer military ties with the United States justified by talk of ‘shared values’. In fact history shows that although Australia and the United States shared a sense of white racial kinship, their formative political and social values sharply diverged. As white settler societies, we shared an Anglo-Saxon racial heritage and the fraught legacies of colonial dispossession, but our founding political values were very different.

The United States was born in the late 18th century with a constitution and political culture committed to the concept of individual freedom. The Australian Commonwealth was born at the beginning of the twentieth century with a collectivist commitment to the common good and equal opportunity through the enactment of a series of measures some called ‘state socialism’. As US political economist, Victor Selden Clark, one of several visitors to Australia in the early twentieth century observed, Americans were more ‘individualist’ in their tendencies, Australians more ‘socialistic’. Another US visitor, Professor Matthew B Hammond applauded our pioneering ‘social democracy’.

As settler colonial states, Australia and the United States shared a consciousness of their status as ‘white men’s countries’, but enshrined very different economic, social and political values.

Critical histories and creative independent thinking are now more important than ever to the understanding and revitalization of Australia’s once distinctive civic and political values and traditions, as we confront widespread wage theft and underpayment, soaring social inequalities, the appalling treatment of aged citizens and the progressive militarization of our national life. 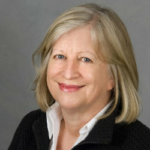 This entry was posted in Defence/Security, Politics. Bookmark the permalink.