Pre-election budgets are notoriously generous. So it wasn’t a surprise when Acting Prime Minister Michael McCormack promised that infrastructure ‘presents’ are on the way. Some of the gifts have already been announced: $5 billion for the Melbourne airport rail and $1 billion for the Pacific Motorway in Queensland. And this comes on top of last year’s largesse, including $13 billion for Inland Rail and the Western Sydney Airport.

But more infrastructure spending poses a challenge for a Treasurer wanting to maintain a Grinch-like hold on his 2021 surplus while also offering income and company tax cuts. So unfortunately, we can probably expect a continuation of the recent spate of ‘off budget’ infrastructure announcements. This ‘buy now pay later’ approach has allowed successive governments to commit to around $50 billion in infrastructure spending over the past decade – including on the NBN, Inland Rail, Western Sydney Airport and the Snowy Hydro share buyback – without any immediate hit to the budget bottom line. But if the numbers on these projects don’t stack up, future taxpayers will be on the hook for today’s bad decisions.

Until recently, the budget process itself provided some accountability on the level of spending. Most Commonwealth infrastructure spending has occurred via grants to the states. These grants reduce the budget bottom line – the underlying cash balance – in the year the project is paid for. This means that an Infrastructure Minister looking for ribbons to cut had to make their case against the myriad demands for more spending in other portfolios.

But off budget spending doesn’t come with the same discipline. New infrastructure projects can be treated as ‘off budget’ if they occur as equity injections into Public Non Financial Corporations (PNFCs) rather than grants or direct spending. This means that the spending does not affect the government’s bottom line when the project is built, but down the track through interest payments on debt, net of any dividends.

The Charter of Budget Honesty states that a new investment can only be treated as an off budget equity injection if the government has a ‘reasonable expectation’ of recovery of the investment. In other words, the entity must be expected to make a positive rate of return over time.

But the standards required by the Charter of Budget Honesty give governments lots of wriggle room. A positive rate of return is not the same as a commercial one. And governments have a tendency to significant underestimate the costs of major projects. A 2016 Grattan Institute report showed that cost overruns on infrastructure projects accounted for nearly a quarter of project budgets.

And even given the low bar, major projects currently underway have struggled to clear it.

The NBN is the largest PNFC on the government’s balance sheet. On current estimates, the government will be exposed to the tune of $49 billion: a $29.5 billion equity investment and a $19.5 billion loan. The Rudd government promised that the NBN would be commercially viable and would eventually be sold to the private sector, recovering the investment costs and providing a return to government. But many experts have warned that providing a return to government will be (and was always going to be) impossible if the government wants to keep broadband prices at a level the public will stomach, while also maintaining large cross-subsidies to rural and remote areas.

Various reviews have warned that NBN Co will either have to raise prices or the government will have to provide ongoing equity injections into the project to achieve the promised rate of return. But successive governments have maintained the fiction of commercial viability to avoid writing down the asset.

The second-biggest equity injection has been $9.3 billion for Inland Rail, a freight line that will be able to carry 1.8 kilometre-long double-stacked trains between Brisbane and Melbourne. The money goes to the wholly-government owned Australian Rail Track Corporation (ARTC), with construction starting this year and the first train due to travel the route in 2025.

It may be termed an equity investment, but don’t imagine it’s a commercial one. It’s no secret that the $9.3 billion will never be paid back, even when the revenues start to flow; the project is only feasible with this substantial public funding contribution.

Given that there is no requirement for the ARTC to pay back the capital costs, it is hard to see any practical difference between this ‘equity investment’ and a grant.

The Finance Minister won’t countenance the notion that the project could need yet more taxpayer support. But he ignores the many risks already identified: the Auditor General has criticised the ARTC for shortcomings in procurement; last year’s budget papers observed that “[t]he project is sensitive to increases in project cost and lower revenues from users and these risks could decrease the returns on the government’s investment”; and Grattan Institute research has found that Inland Rail’s business case has insufficient provision for a cost overrun, with a ‘worst case’ cost estimate only 8 per cent above its likely cost, when history shows it should be around 26 per cent.

Another large off-budget investment is the $5.3 billion for Western Sydney Airport, announced in last year’s budget. The Commonwealth will build and own the airport, through the newly-formed WSA Co Ltd. Construction is due to start this year, with the first planes to take off in late 2026.

Under the terms of its agreement with Sydney Airport Corporation, the Commonwealth could not offer the deal to another private sector firm on materially different terms. So if the Commonwealth wanted the airport, it probably had to build it itself. Infrastructure Australia has assessed the project positively, and consumers and the ACCC will welcome the price competition of a second airport operating in the Sydney basin. But let’s hope the Treasurer is right when he says it will “generate an income stream that’s going to pay for itself.”

These investments raise the question of whether the Charter of Budget Honesty is doing enough to promote accountability. NBN and Inland Rail highlight just how much a ‘reasonable expectation’ of return can be massaged upfront.

And governments bear little cost of skirting the Charter. Even if a government writes down the fair value of the asset, this appears on the balance sheet as a change to the ‘other economic flows’ but it is not separately identified. And the write-down does not show up in the underlying cash balance figure that the media spotlights on budget night.

Putting these projects off budget does not save taxpayers the cost of bad decisions. But it does it does kick the can down the road, leaving future taxpayers to pick up the tab for today’s largesse. Equity injections into PNFCs are financed by government borrowing. And the interest bill on the growing stock of debt is starting to bite. The Parliamentary Budget Office estimates that the interest costs associated with the NBN investment were around $580 million in 2015-16 and will increase to $2.1 billion in 2026-27. It is unclear when these costs will start to be offset by dividend income. If the sale price received is less than the net financing costs over time, the project will have an enduring cost to the budget. And of course the same applies to all the other major off budget projects.

That’s the irony of these big-ticket infrastructure projects. Politicians pursuing uneconomic projects to cheaply cement their legacy will ultimately leave future Australians with a legacy of a different kind: high levels of debt and a growing interest bill. 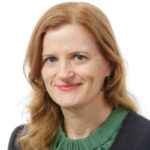 Marion Terrill is a leading policy analyst with experience that ranges from authoring parts of the 2010 Henry Tax Review to leading the design and development of the MyGov account. She has provided expert analysis and advice on labour market policy for the Commonwealth Government, the Business Council of Australia and at the Australian National University. She joined the Grattan Institute in April 2015 to establish the Transport Program, and has published on investment in transport infrastructure, cost overruns, value capture, discount rates, urban economics and congestion charging.