When it comes to military matters, there is – forgive the pun – a remarkable uniformity of opinion. Sensible and serious observers agree that not only is the ANZUS alliance the indispensable bedrock of national security, but Australian policymakers would be irresponsible to do anything that might jeopardize its status.

So dominant is this belief that it is rarely challenged. Even when the current leader of what used to be known as the free world is threatening to unleash nuclear war in our neighborhood, the conventional strategic wisdom prevails in Canberra. Anyone who takes issue with the conventional wisdom is invariably dismissed as anti-American and strategically illiterate.

Unsurprisingly, the debate tends to be lopsided and remarkably uncritical as a consequence. This is not a healthy state of affairs for any issue of national importance, but when we are quite literally dealing with matters of life and death it is all the more remarkable.

True, defense policy tends to be a specialist interest, but given the colossal sums of money involved in acquiring military hardware, one might have expected that the underlining principles of Australia’s strategic doctrine might be subject to more searching scrutiny.

Remarkably enough, however, and despite the fact that thousands of young Australians have given their lives during one conflict or another, bipartisan support for the alliance with the US remains as strong as ever. Rarely is the fundamental contradiction at the heart of the alliance actually unpacked: if American power really is the key to international security and stability, why have we been called upon to fight in quite so many wars?

This would be a not unreasonable question to ask at the best of times. These are plainly not the best of times, however, not least because Donald Trump is perhaps the most under-qualified, erratic and unpredictable president in American history. Adding to the dangerous international situation, of course, is the existence of equally alarming potential adversaries like Kim Jong-un.

So what should an independently minded middle power do in such circumstances? In Australia’s case the simple answer is, we don’t know. The overarching strategic reality is that by cleaving so tenaciously to the alliance, generations of Australian policymakers have essentially given up even the pretense of independence of action.

Why would a notionally sovereign independent state want to give up its freedom of action in this manner? In part, I think, it’s because there has been a similar loss of the ability to think independently. So engrained is the conventional wisdom that it is quite literally unthinkable for many of our prominent commentators to consider any alternative to the status quo.

If it was unambiguously clear that such policies had kept us immune from danger, while simultaneously generating an economic ‘peace dividend’ then there would be little to debate and the orthodoxy might actually be applauded. But that is plainly not the case. Not only do we continue to invest in evermore-expensive weapons systems for reasons that are rarely clearly justified, but we also find ourselves – yet again – on the brink of war.

It hardly needs to be said – does it? – that such a conflict would not be in ‘Australia’s national interest’ no matter how expansively that overused idea is defined. And yet that is precisely what could happen as our principal ally ramps up the rhetoric against North Korea. Malcolm Turnbull’s entirely unnecessary promise to invoke the ANZUS Treaty in response is only likely to make such a nightmarish conflict more rather than less likely.

That’s the dirty secret about alliances: they only work when they work. When they don’t actually deter potential foes then states may find themselves fighting in conflicts they neither expected nor wanted. The First World War remains the quintessential exemplar of that possibility.

Unless we have the capacity to think for ourselves as members of a relatively minor power with no enemies and a potentially distinctive take on the world, not much will change. When the world is rather short of creative thinking about a growing number of threats and challenges, such thinking and alternative responses to age-old problems are desperately needed. We know only too wellwhat the old models look like and lead to.

Mark Beeson is Professor of International Politics at the University of Western Australia. 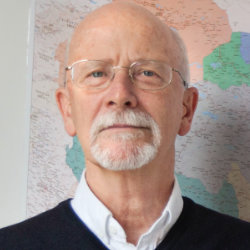