Privatisation – who’s it good for?

Privatisation is one of those terms which politicians avoid using. That is because the public does not like the idea, or its outcomes. It can be used in a number of ways, but most of us regard it as meaning “selling off a publicly owned asset, usually to the detriment of good government”.

Most politicians are unable to explain the benefits of privatisation, either because they are illusory, or because they know there are seldom any benefits. Privatisation is usually marketed as “increasing consumers’ competition and choice”.

The stated reasons for the sale of a public asset are usually ‘increased productivity’, or ‘enhanced efficiency’, or some such other unquantifiable benefit, which should happen, in the nearish future. Generally it is the product of neoliberal ideology, which pushes the belief that the market will fix any problem, even when there is no problem. It also relies on the myth that private companies are more efficient than any public service.

Although the idea of privatisation has been around for a long time, it was only when Mrs Thatcher and Ronald Reagan actually went through with it in their own countries, that the trend took off. As with most fashions, it has outstayed its welcome, but not before Australia got in on the act.

In 2016, before Scott Morrison became Prime Minister, Treasurer Morrison instructed the Productivity Commission to begin an inquiry into extending ‘competition and choice’ in the human services sector. Of course that was code for “let us privatise more of the Government’s services”.

The People’s Inquiry People’s Inquiry into Privatisation ran parallel to the Productivity Commission inquiry, but instead of looking into ways to further marketise and privatise public services for the benefit of business, it asked how privatisation had impacted people, their lives, and the common good.

The report concluded, from public submissions, that there were multiple faults in the process, and that the outcome was negative in most areas, and that the public did not like the idea, nor its implementation.

Some of the findings are below, but the full report is readily available. Peoples Inquiry Report.indd

In the electricity sector there were:

This sector, amongst many others, has been privatised to within an inch of its life. These results are of particular interest now, because the electricity sector’s problems are a large part of the reason that Angus Taylor has continued to peddle the line that high energy prices are the fault of renewables, and that taking no action to mitigate climate change will keep energy prices low. This is patently untrue, and the privatisation of the sector is a Government own goal. There seems no way to get them out of the mess, short of admitting they were wrong. I cannot see that happening.

In the Aged Care sector the following was observed:

The case of the Aged Care sector is similarly topical. It outlines, and indeed anticipates, the difficulties in the sector, post John Howard’s opportunistic ‘selling off’ of the sector in 1997. It is all there – opportunism and staff cutting, profit-taking instead of caring. The industrial relations disaster which exacerbated the second wave of Covid-19 in Victoria, has its roots here.

The reasons why privatisation fails to deliver

Most targets of privatisation have been in the area of utilities. These can be gas, electricity, water, telephony and communications. Recently the education, health, aged care, child care, prisons, welfare and really any government function have been included.

With such a diverse range of services targeted, it is compelling to note that the reasons for failure are common to many of them.

There is a good reason why the public has never warmed to privatisation. It is sold as a matter of competition and or choice, which it seldom is.

It rarely delivers a dividend, because it is a figment of neoliberals’ imagination. It is not the case that the market delivers. We all know that governments need to regulate the market when it fails, because markets do fail.

As Nancy Pelosi said this week, we can’t treat the U.S. Postal Service as a business which is failing. It is a service. We as a society need services, so don’t take our services away. They are sometimes too important to lose. 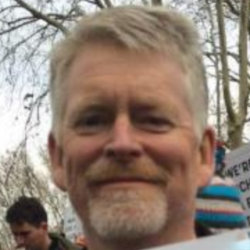