The US hypocrisy on the South China Sea and Diego Garcia

The U.S. has publicly accused China of violating the existing international order, bullying other claimants, and crimes against the environment in the South China Sea. China may well be guilty—at least from the US perspective. But the same and more can be said of U.S. behaviour regarding disputed Diego Garcia in the southern Indian Ocean.

But the U.S. also frequently steps outside the ‘international order’ that it helped build in its interests and now leads and claims to hold sacrosanct—unless it goes against its immediate interests. Alone among maritime powers the U.S. has not ratified the UN Convention on the Law of the Sea (UNCLOS). Yet it accuses China – a ratifier – of violating the Convention in the South China Sea and even uses warships to challenge its claims and regimes that in its interpretation violate it. It has also repeatedly lambasted China for refusing to accept and abide by an arbitration decision against it regarding its claims there that was rendered through a process mandated by UNCLOS.

But when the U.S. had an opportunity to support an advisory opinion by the International Court of Justice (ICJ), for Mauritius against Britain regarding ownership of the strategically important island of Diego Garcia that is home to a US military base, it not only declined but did the opposite. ; https://economictimes.indiatimes.com/news/defence/icj-advises-britain-to-return-diego-garcia-to-mauritius/articleshow/68169448.cms

Diego Garcia is an atoll just south of the equator in the central Indian Ocean. It is the largest of 60 small islands comprising the Chagos Archipelago which was part of the British colony of Mauritius. Between 1968 and 1973, the indigenous population of Diego Garcia was forcibly removed in a possible crime against humanity by the U. K. and the U.S. through bribery, bullying and denial of return to any who left the island. The U.K. then leased the atoll to the U.S. and it built very large naval and air force bases there. In doing so, like China, it severely damaged the environment. The main difference is that no country filed a complaint against it under UNCLOS –as the Philippines did against China –with US backing. Of course unlike China, the U.S. as a non-ratifier could not be brought before its dispute settlement mechanisms.

The bases became fully operational in 1986. Like China’s occupied South China Sea features, their strategic value is paramount. Diego Garcia was used for U.S. military operations during the Iraqi invasion of Kuwait, Operation Desert Fox, Operation Enduring Freedom, Operation Iraqi Freedom and allegedly for CIA renditions. https://www.cnn.com/2019/03/09/asia/chagos-islands-feature-intl/index.html It continues to play a key role in America’s military strategy regarding the Indian Ocean and its environs –including serving as a base for bomber training missions over the South China Sea.

A difference between U.S. use of Diego Garcia and China’s use of its occupied features in the South China Sea and is that the US uses it to maintain hegemony over the region while China uses its features to defend itself against US hegemony. China has installed capabilities on its features to detect and if necessary target US intelligence probes searching for and targeting its nuclear submarines hiding in the South China Sea. Unlike China, the U.S. has not disavowed a first nuclear strike. Thus China views its capability to protect its retaliatory nuclear strike submarines as critical to its defense against US bullying and indeed its very continued existence.

Regarding Diego Garcia, the ICJ ruled that decolonization of Mauritius “was not lawfully complete” when it attained independence because Britain retained control over the Chagos Archipelago. The ICJ advisory opinion was rendered at the request of the UN General Assembly (UNGA). The resolution making the request was supported by 94 countries. But it was vehemently opposed by Britain and the U.S..

Britain maintained that the dispute was a bilateral matter between it and Mauritius and indicated it would reject any ICJ decision against it—and it did so. This is remarkably similar to China’s position regarding the international arbitration brought against it by the Philippines. In that case, China argued that the matter should be negotiated between it and the Philippines. It refused to participate in the hearings and when the decision went against it, it declared that it would neither recognize nor abide by the binding decision. This was also similar to the U.S. behavior when in 1986 Nicaragua successfully brought a complaint against it to the ICJ for supporting the Contras and mining its harbor. https://en.wikipedia.org/wiki/Nicaragua_v._United_States But the U.S. has severely criticized China for taking this position and alleged that it was a prime example of China’s revisionist tendencies regarding existing international law and order.

The political context of the South China Sea disputes and that surrounding Diego Garcia may be different. But the ‘violations’ of principles are the same—defiance of the ‘international order’, ‘bullying’ and crimes against the environment. It is the height of hypocrisy for the U.S. to criticize and castigate China for these ‘violations’ while it does the same. 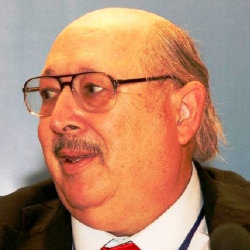