MARTIN WOLF. How the Beijing elite sees the world

How does the Chinese ruling elite view the world? Over the weekend, I participated in a dialogue between a handful of foreign scholars and journalists and top Chinese officials, academics and business people, organised by the Tsinghua University Academic Centre for Chinese Economic Practice and Thinking. The discussion was franker than any I have participated in during the 25 years I have been visiting China. Here are seven propositions our interlocutors made to us.

China needs strong central rule. This idea went with the notion that China is in important ways a divided society: one participant even remarked that 500m Chinese people love Deng Xiaoping’s reforms, while 900m favour the world view of Mao Zedong. Another pointed to the fact that the central government spends only 11 per cent of the total by all levels of government and employs just 4 per cent of all civil servants. Others emphasised that China is a developing country with huge challenges.

The conclusion participants drew was that the Chinese Communist party, with some 90m members, is essential to national unity. Yet corruption and factional infighting has threatened the legitimacy of the party. One senior official even stated that Xi Jinping “has saved the party, the country and the military”. This perspective also justifies the suspension of term limits on the presidency, which, it was stressed, does not mean perpetual one-man rule.

Western models are discredited. The Chinese have developed a state system run by a technocratic elite of highly educated bureaucrats under party control. This is China’s age-old imperial system in modern form. The attraction that western-style democracy and free-market capitalism may have exercised on this elite has now withered. They stressed the failure of western states to invest in their physical or human assets, the poor quality of many of their elected leaders and the instability of their economies. One participant added that “90 per cent of democracies created after the fall of the Soviet Union have now failed”. This risk is not to be run. 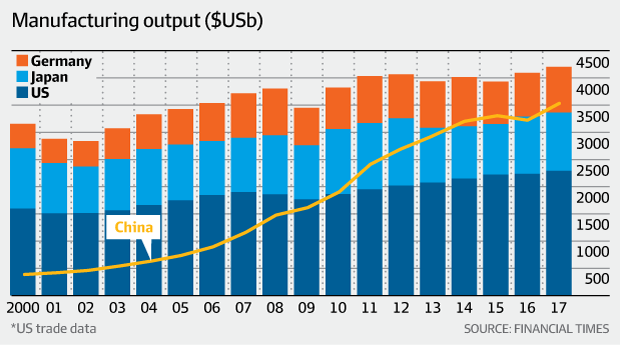 All this has increased confidence in China’s unique model. Yet this does not mean a return to a controlled economy. On the contrary, as a participant remarked: “We believe in the fundamental role of the market in allocating resources. But government needs to play a decisive role. It creates the framework for the market. The government should promote entrepreneurship and protect the private economy.” One participant even insisted that the new idea of a “core leader” could lead to strong government and economic freedom.

China does not want to run the world. This sentiment was repeated. Its internal problems are, in the view of participants, too big for any such ambition. In any case, it has no worked-out view of what to do. But, as a senior policymaker insisted, in the specific context of relations with the US, “we must co-operate, to deal with shared problems”.

China is under attack by the US. One participant argued that “the US has now shot four arrows against China: over the South China Sea, Taiwan, the Dalai Lama and now trade”. This then is a systematic attack. Many expect this to get worse. That is not because of what China has done, but because Americans now view China as a threat to US economic and military hegemony.

US goals in the trade talks are incomprehensible. People closely engaged in the trade talks are puzzled by what the US is after. Does Donald Trump even want a deal, they wonder, or is his aim just conflict? In any case, top officials say they understand and accept the legitimacy (and value to China itself) of demands for better protection of intellectual property. They also understand the case for unilateral liberalisation, including of financial services. China would, one official suggested, like to make the Made in China 2025 programme a “win-win for the world”. But China’s technological upgrade is non-negotiable. Also, how is China expected to reduce the bilateral imbalance with the US if the latter imposes tough controls on exports of strategically sensitive goods and lacks the infrastructure to ship coal or oil competitively?

China will survive these attacks. The Chinese participants seemed reasonably confident that their country could endure the tests to come. One noted that China is already a huge industrial country. Its manufacturing sector is almost as big as those of the US, Japan and Germany together. It has enormous numbers of skilled people. The economy is also less dependent on trade than it used to be. 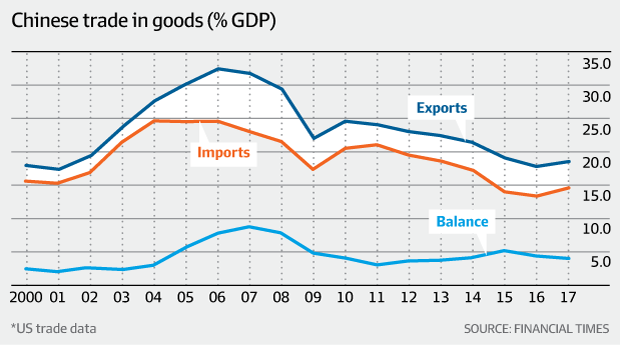 Furthermore, noted another, US business is highly involved with and dependent upon the Chinese economy. The Chinese people, stressed others, are probably better able to bear privation than Americans. They are also highly resistant to being bullied by US power. Indeed, the Chinese leadership could not ignore public opinion in considering concessions. Whatever happened, some insisted, China’s rise was now unstoppable. (See charts.)

Furthermore, they noted, while China cannot challenge US global military dominance, that is less the case in the western Pacific, where China is increasingly potent. In the longer run, China will develop a “first-class” military.

This will be a testing year. China and the US will have a complex and fraught relationship over the long run. But, one participant remarked, “this will be a testing year. If it goes in the right direction, it will be fine; if it goes in the wrong direction, it will be earth-shaking.” The progress made over Korea, an area of Chinese and American co-operation, could be a harbinger of the former; friction over trade presages the latter. The direction taken may reshape our world. [email protected] 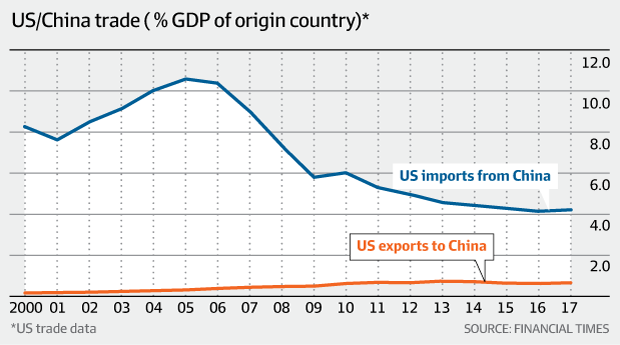