Donald Trump’s unnecessary fight for domination is increasingly being framed as a zero-sum game.

The disappearance of the Soviet Union left a big hole. The “war on terror” was an inadequate replacement. But China ticks all boxes. For the US, it can be the ideological, military and economic enemy many need. Here at last is a worthwhile opponent. That was the main conclusion I drew from this year’s Bilderberg meetings.

Across-the-board rivalry with China is becoming an organising principle of US economic, foreign and security policies. Whether it is Donald Trump’s organising principle is less important. The US president has the gut instincts of a nationalist and protectionist. Others provide both framework and details. The aim is US domination. The means is control over China, or separation from China. Anybody who believes a rules-based multilateral order, our globalised economy, or even harmonious international relations, are likely to survive this conflict is deluded.

The astonishing white paper on the trade conflict, published on Sunday by China, is proof. The — to me, depressing — fact is that on many points Chinese positions are right. The US focus on bilateral imbalances is economically illiterate. The view that theft of intellectual property has caused huge damage to the US is questionable. The proposition that China has grossly violated its commitments under its 2001 accession agreement to the World Trade Organization is hugely exaggerated. Accusing China of cheating is hypocritical when almost all trade policy actions taken by the Trump administration are in breach of WTO rules, a fact implicitly conceded by its determination to destroy the dispute settlement system. 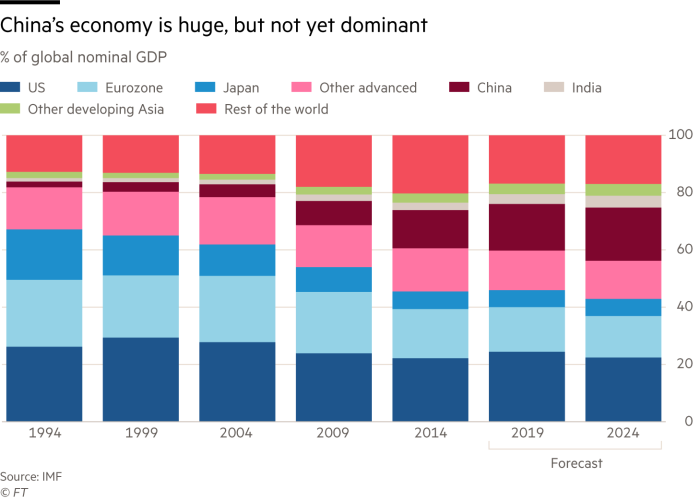 The US negotiating position vis-à-vis China is that “might makes right”. This is particularly true of insisting that the Chinese accept the US role as judge, jury and executioner of the agreement. A dispute over the terms of market opening or protection of intellectual property might be settled with careful negotiation. Such a settlement might even help China, since it would lighten the heavy hand of the state and promote market-oriented reform. But the issues are now too vexed for such a resolution. This is partly because of the bitter breakdown in negotiation. It is still more because the US debate is increasingly over whether integration with China’s state-led economy is desirable. The fear over Huawei focuses on national security and technological autonomy. Liberal commerce is increasingly seen as “trading with the enemy”. 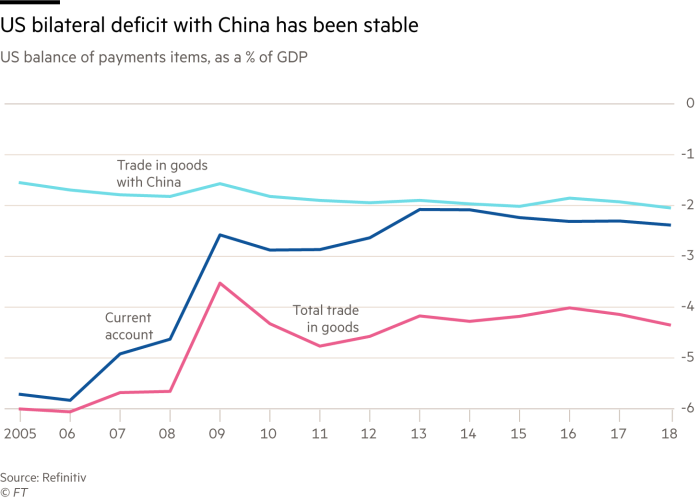 A framing of relations with China as one of zero-sum conflict is emerging. Recent remarks by Kiron Skinner, the US state department’s policy planning director (a job once held by cold war strategist George Kennan) are revealing. Rivalry with Beijing, she suggested at a forum organised by New America, is “a fight with a really different civilisation and a different ideology, and the United States hasn’t had that before”. She added that this would be “the first time that we will have a great power competitor that is not Caucasian”. The war with Japan is forgotten. But the big point is her framing of this as a civilisational and racial war and so as an insoluble conflict. This cannot be accidental. She is also still in her job.

Others present the conflict as one over ideology and power. Those emphasising the former point to President Xi Jinping’s Marxist rhetoric and the reinforced role of the Communist party. Those emphasising the latter point to China’s rising economic might. Both perspectives suggest perpetual conflict. This is the most important geopolitical development of our era. Not least, it will increasingly force everybody else to take sides or fight hard for neutrality. But it is not only important. It is dangerous. It risks turning a manageable, albeit vexed, relationship into all-embracing conflict, for no good reason. China’s ideology is not a threat to liberal democracy in the way the Soviet Union’s was. Rightwing demagogues are far more dangerous. An effort to halt China’s economic and technological rise is almost certain to fail. Worse, it will foment deep hostility in the Chinese people.

In the long run, the demands of an increasingly prosperous and well-educated people for control over their lives might still win out. But that is far less likely if China’s natural rise is threatened. Moreover, the rise of China is not an important cause of western malaise. That reflects far more the indifference and incompetence of domestic elites. What is seen as theft of intellectual property reflects, in large part, the inevitable attempt of a rising economy to master the technologies of the day. Above all, an attempt to preserve the domination of 4 per cent of humanity over the rest is illegitimate. 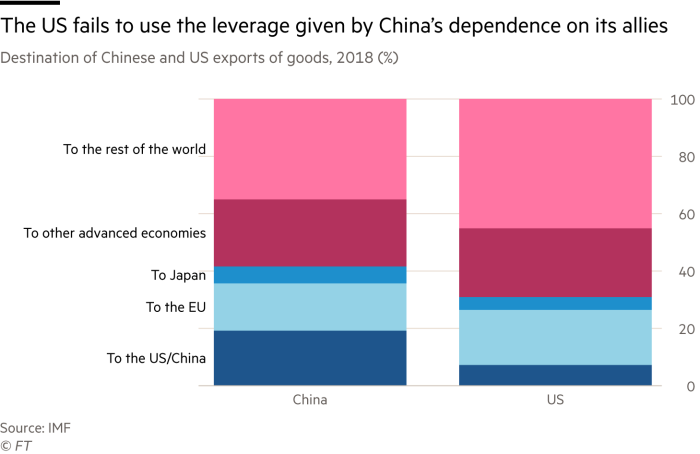 This certainly does not mean accepting everything China does or says. On the contrary, the best way for the west to deal with China is to insist on the abiding values of freedom, democracy, rules-based multilateralism and global co-operation. These ideas made many around the globe supporters of the US in the past. They still captivate many Chinese people today. It is quite possible to uphold these ideas, indeed insist upon them far more strongly, while co-operating with a rising China where that is essential, as over protecting the natural environment, commerce and peace. A blend of competition with co-operation is the right way forward. 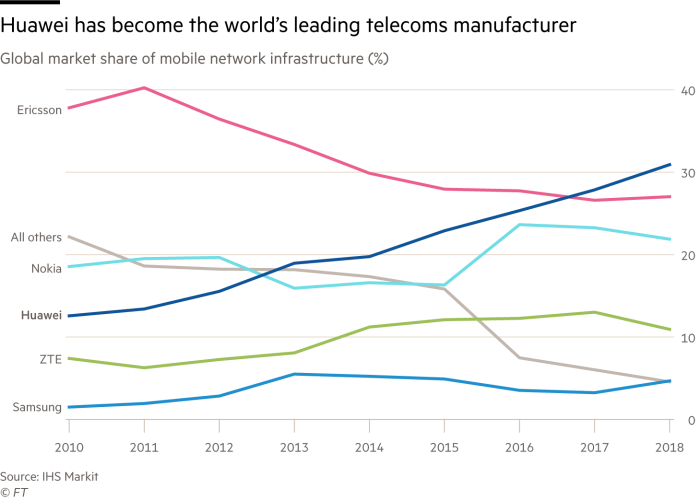 Such an approach to managing China’s rise must include co-operating closely with like-minded allies and treating China with respect. The tragedy in what is now happening is that the administration is simultaneously launching a conflict between the two powers, attacking its allies and destroying the institutions of the postwar US-led order. Today’s attack on China is the wrong war, fought in the wrong way, on the wrong terrain. Alas, this is where we now are. [email protected]

This article was published by The Financial Times on the 7th of June 2019.