MARTIN WOLF. Why the Swiss should vote for ‘Vollgeld’.

There are many other ideas in this broad area that seem worth pursuing. One would be to allow every citizen to hold an account directly at the central bank. The technological reasons for branch banking are, after all, perishing quickly. Nicholas Gruen, an Australian economist, has argued that no private institution should have better access to the public’s central bank than the public itself does. Furthermore, he adds, the central bank could operate monetary policy by lending freely against safe mortgages. The central bank would not need to lend to banks per se at all. It would focus on assets. 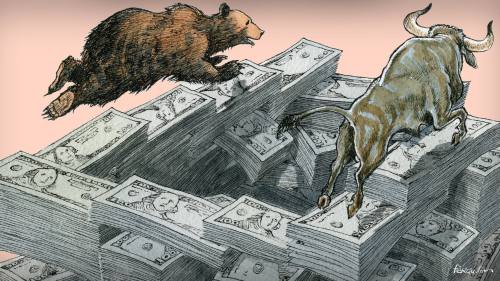 A radical rethink of how the financial system works was, one might have thought, essential after the devastating crisis of a decade ago. Instead, the system was patched up. Now, predictably, the mood is shifting towards removing much of the regulation. That is why I hope, despite the polls, that the Swiss vote in favour of the Vollgeld proposal in the referendum on June 10. Finance needs change. For that, it needs experiments.

According to a database compiled at the IMF, 147 individual national banking crises occurred between 1970 and 2011. These crises afflicted small and poor countries like Guinea, and big and rich ones, like the US. They were colossally expensive, in terms of lost output, increased public debt and, not least, political credibility. Within just three years from 2007, cumulative output losses, relative to trend, were 31 per cent of gross domestic product in the US. In the UK, the recent crisis imposed a fiscal cost only exceeded by the Napoleonic war and the two world wars. (See charts.) 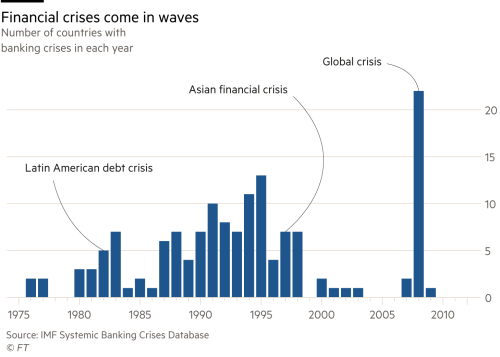 So how does this industry create mayhem on this scale? And why is it allowed to do so? It does so — and is allowed to do so — because, as the Bank of England has explained, banks create money, which is an essential public good, as a byproduct of their lending, which is an important economic good. We want banks to have risky assets and safe liabilities. Yet the liabilities of a highly leveraged, risk-taking institution cannot be safe and will unavoidably seem least safe during a crisis. Yet it is then that people want their money — their reserve of purchasing power in a frightening world — to be at its safest.

Worse, it is often easiest for banks to justify lending more just when they should lend less, because lending creates credit booms and asset-price bubbles, notably in property. The willingness of the public to treat bank liabilities as stores of safe purchasing power provides stable funding, until panic sets in. To reduce the likelihood of panic, governments insure bank deposits, liquidity and even solvency. That makes crises rarer, but bigger. The authorities are simultaneously supporting banks and reining in the excesses created by support. This is a system designed to fail.

Today, banks are less leveraged and better supervised than before the crisis. In the UK, retail banking is also ringfenced. Yet, the banks are leveraged at about 20 to 1: if the value of their assets falls by 5 per cent or more, such a bank becomes insolvent. One way to make banks safer then would be to increase their equity capital four or five times, as recommended by Anat Admati and Martin Hellwig in The Bankers’ New Clothes. 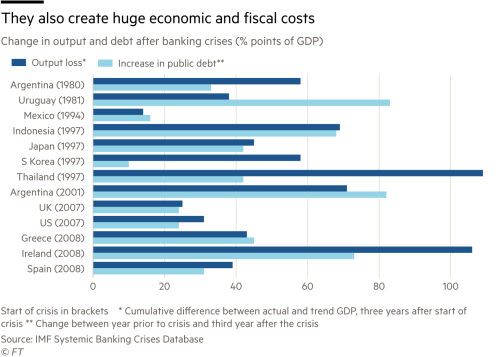 An alternative way to make the system safer is to strip banks of the power to create money, by turning their liquid deposits into “state” or “sovereign” money. That is the idea backed by the Vollgeld initiative. An alternative way of achieving the same outcome would be via 100 per cent backing of deposits by claims on the central bank — an idea proposed by free-market Chicago School economists in the 1930s. The rest of the financial system would then consist mainly of investment banking and mutual funds. The latter shift risk on to the investors automatically. The former might need to be regulated, but mainly on capital.

The shift to a system like this would, as Thomas Jordan of the Swiss National Bank argues, be a mini-earthquake. Moreover, the proposal raises questions about the purposes to which the new sovereign money might be used.

The obvious possibility is to use the money to finance the government. This idea is highly objectionable to some: it would surely create big challenges. Yet those challenges are nothing like as fundamental as was transferring responsibility for a core attribute of the state — the creation of sound money — to a favoured set of profit-seeking private businesses, co-ordinated by a price-setting government institution, the central bank. In no other economic area is public power so mixed with private interests. Familiarity with this arrangement cannot make it less undesirable. Nor can familiarity with its performance. 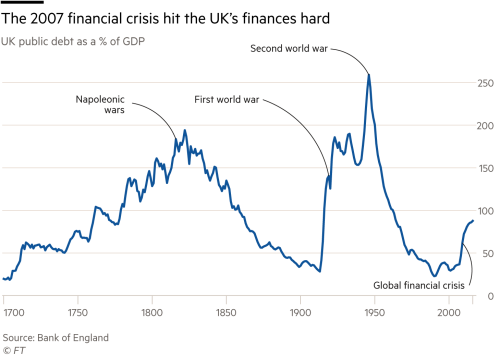 There are many other ideas in this broad area that seem worth pursuing. One would be to allow every citizen to hold an account directly at the central bank. The technological reasons for branch banking are, after all, perishing quickly. Nicholas Gruen, an Australian economist, has argued that no private institution should have better access to the public’s central bank than the public itself does. Furthermore, he adds, the central bank could operate monetary policy by lending freely against safe mortgages. The central bank would not need to lend to banks per se at all. It would focus on assets.

The fundamental point here is that the burden of proof should not be on those who favour change. After a long series of huge and destructive crises, it falls rather on those who support the status quo, even today’s modified status quo. The advantage of the Vollgeld proposal is that it is a credible experiment in the direction of separating the safety rightly demanded of money from the risk-bearing expected of private banks. With money unambiguously safe, it would be far easier to let risk-taking institutions bear the full consequences of their failures. To the extent that bankruptcy remained difficult, regulation would still be needed, especially of equity capital. At the limit, as some argue, risk-bearing financial intermediation might need to be ended.

The Vollgeld proposal is not as radical as this. Yet it could provide an illuminating test of a better possible future for what has long been the world’s most perilous industry. May the Swiss dare.

Ths article was published by The Financial Times on the 5th of June 2018. It was written by Martin Wolf.