Nurses, COVID-19 and the risks they run for us.

Nurses and other health care workers (HCWs) around the world are serving us well and at great risk to themselves. Many are exhausted but are carrying on. Still others are re-entering the workforce to assist in enabling surge capacity, so there is no shortage of goodwill and altruism.

But altruism is not the same as martyrdom. There is concern globally about adequate and sufficient personal protective equipment (PPE) to keep them safe. In Victoria today over 1000 healthcare workers are infected. Is there a moral obligation to go to work if there is no guarantee of personal safety?

Professor Raina MacIntyre, speaking to David Lim in July, spoke about the importance of a “social contract” during the COVID-19 pandemic. She described a social contract as “an informal agreement between people in authority… and the community in a time of crisis”. She observed that “government can only do so much. Individuals have to step up and play their part”. HCWs have long been considered to have a social contract with the community, but this focus has come into sharp relief in 2020 in Australia, both as a result of their presence in our January bushfires and now as a result of our experience of the global pandemic caused by COVID 19.

There can be no doubt that HCWs have stepped up and played their part. Whilst there has been a strong (and overall responsible) community response to the pandemic, there have been some concerning demonstrations of “rugged individualism” even in Australia, that have undoubtedly put nurses and other HCWs at risk.

The count of nurses who have died as a result of COVID 19 is incomplete. The International Council of Nurses’(ICN) CEO, Howard Caton, has been calling for accurate data about deaths to be kept about HCWs’ in general and nurses in particular, as they would appear to make up the majority of the dead HCWs. Back in June, ICN’s analysis, based on data from the National Nursing Associations, official figures and media reports from a limited number of countries, indicated that more than 230,000 HCWs had contracted the disease, and more than 600 nurses had died from the virus.

Those figures can only have multiplied since then and there are disturbing global accounts of inadequate and insufficient PPE for those on the front line. Caton made the observation in the June press release that “Nursing is looking like one of the most dangerous jobs in the world at the moment. We need to get these data for every country and work out exactly what is going on that explains the variations that are evident with even a cursory glance at the figures. Only then will we be able to learn how best to keep our nurses safe and prevent any repeat of these terrible statistics in the future.”

There is no doubt that Australia seems to be doing its best to keep accurate data in general, although an article by MacIntyre, Ananda-Rajah, Nicholls and Quigley in the Medical Journal of Australia on July 14th, has called for national reporting on health worker infections, and greater transparency in attribution of source of infection when health workers become infected. The article also suggests all health workers treating COVID-19 patients be provided with airborne precautions and that the precautionary principle be applied to health worker protection.

This is further borne out by an article in the Guardian on 4th August, reporting that nurses have written to Daniel Andrews asking to “urgently know what’s being done to protect and care for Victorian nurses” as health workers in the state continue to get sick with active infections of Covid-19.The letter to the premier states “the situation is still inadequate months after the outbreak started”. It was written by a member of the College of Mental Health Nurses, who detailed stories shared by nurses.

Nurses are used to nursing patients with infections and are experts in infection control. Their social contract with the public inevitably includes the fact that they are prepared to experience a degree of risk – for example, they care for people who might be violent because of confusion or dementia and acknowledge that risk as present, but also as a part of the work that they do. But they would expect adequate staffing and security in a dementia unit to keep them as safe as possible.

Similarly, they can only control infection if they are provided with the correct PPE to keep themselves safe to do so, and that provision does seem to be a global problem. In some countries in the world there are reports that the notion of altruism has been invoked to encourage nurses and other HCWs to continue to work, even where PPE is both inadequate and insufficient and indeed, it seems clear that altruism must be a motivating factor in times such as these.

But altruism is not the same as martyrdom, and adequate and appropriate PPE must be the absolute baseline for all HCWs caring for infected patients. On the interface between the ethical principles of beneficence (above all, do good) and non-maleficence (above all, do no harm) the Stamford Encyclopedia of Philosophymade the observation back in 2008 that “it is generally agreed that ordinary morality does not require beneficent acts that involve severe sacrifice or maximum altruism, such as a physician’s putting herself, without protective drugs and equipment, in a life-threatening condition in an epidemic in order to provide medical care”. We as nurses undoubtedly have a social contract with the people for whom we care, but government must fulfil its social contract to all its citizens too, especially HCWs, who are the last line of defence in infection control and patient care. 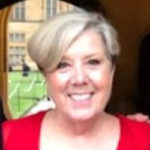