The New Zealand Government’s ban on foreigners buying homes is a break from the deregulation of the past when New Zealand’s doors were thrown open to all comers. The new ban is not very different from the law in Australia.

New Zealand homeowners have seen house prices soar in recent years, especially those in Auckland Central and Queenstown. These locations are under greatest pressure from New Zealand and foreign investors.

They are also the places where young working families find it hardest to buy their first home. The same problem applies less acutely across the rest of the nation.

As a result home ownership in New Zealand is at its lowest for 65 years. Only one in four Kiwis under 40 owns their own home. When prices are compared with incomes New Zealand is the most expensive country in the world to buy a house.

In Auckland in the last fifteen years house prices tripled while incomes increased by only 66 percent. A house is considered affordable if it costs no more than three times the annual household income but in Auckland the average house costs ten times the average income. Unaffordable houses have led to low and declining ownership rates and homelessness.

The Labour led coalition’s move to deal with the problem, to stop Kiwis being “tenants in their own land”, is to ban non-residents from buying existing houses.

The freedom with which foreigners could buy houses in New Zealand is a hangover from the days of neo liberal deregulation that New Zealanders called Rogernomics, a set of measures named because the finance minister at the time Roger Douglas. The deregulation cut deeper in New Zealand than in Australia, and persisted. Roger Douglas was able to say “none of the significant changes we made in the ‘80s has ever been reversed.”

The time to act came with a seriously deteriorating situation for young New Zealand home buyers and warnings from the New Zealand Reserve Bank of financial instability caused by the high property prices. “Instability” is a euphemism for bank collapses resulting from lending too much to an over-heated property market.

The result was the Government’s Overseas Investment Amendment Bill. It effectively bans foreigners from owning existing homes in New Zealand.

Factors conspiring to push prices up in New Zealand are the shortage of supply in the face of strong buying pressure and high construction costs.

The shortage is exacerbated by competition from foreign buyers who acquire about 20 percent of houses for sale in central Auckland. The figure across the whole country is about three percent. There are many anecdotes about foreigners buying multiple houses at a single auction.

The associate Minister of Finance David Parker said “This government believes that New Zealanders should not be outbid by wealthier foreign buyers. Whether it’s a beautiful lakeside or oceanfront estate or a modest suburban house, this law ensures that the market for our homes is set in New Zealand, not on the international market.”

“That is to benefit New Zealanders who have their shoulder to the wheel of the New Zealand economy, pay tax here, have families here. We don’t think they should be outbid by wealthier people from overseas.”

While foreign buyers have been out-bidding New Zealand families for their homes a smaller number of super-rich have also been busy buying expensive prime property on headlands, bays and lake-fronts.

New Zealand promotes itself as clean and green with reasonable international links including air and internet, the climate is temperate and it is safe. The last terrorist attack in New Zealand was in 1985 when French government agents blew up the Greenpeace ship the Rainbow Warrior in Auckland harbour.

This has led some wealthy individuals to seek bolt holes in New Zealand to escape perceived threats in the northern hemisphere, from the possibility of nuclear war, climate change, recession or insurrection.

The newcomers can be controversial.

The Paypal billionaire and Trump adviser Peter Thiel is a high profile foreign house buyer who was at the centre of a “citizenship for sale” row.

To become eligible for citizenship most people have to spend seventy percent of their time over five years in New Zealand. Thiel made four visits and had some conversations with the Prime Minister of the time John Key before becoming a citizen. He promised to invest in high tech enterprises in New Zealand.

He bought a house in Queenstown and as a citizen can buy anything he likes.

Another case involved the disgraced NBC Today Show host Matt Lauer who gained Overseas Investment Office permission to lease a high country sheep station but has since run into problems.

After he was fired by NBC following a sexual misconduct complaint the New Zealand Overseas Investment Office investigated whether he had breached its “good character” requirement for investors in major assets. The Office found that Mr. Lauer could continue to hold his interest in the farm because he hadn’t been charged nor convicted of any offence.

Lauer’s problems in New Zealand didn’t stop there. He is fighting against public access through his farm to the Hawea Conservation Park. He has resisted attempts to allow more than a minimum number of hikers and hunters to use a 40 kilometre gravel road to reach the park.

Cases like Lauer and Theil drew attention to the relative ease with which the super-rich bought New Zealand property. There are many others including purchases of properties on prime water-front land by film producer James Cameron (Titanic and Avatar) and the Russian oligarch Alexander Abramov.

The latest ban on foreign investment isn’t the government’s first shot at the problem.

It is too early to know whether the new ban will help many young families buy their first home but it is one of many fundamental changes the Labour led coalition will make to improve the quality of life for more New Zealanders.

Max Hayton was foreign news editor for TV3 and TVNZ in New Zealand. 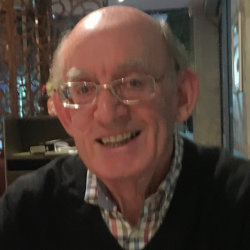