McCarthyism is now rampant in Australia

Linda Jakobson spoke at the National Security Summit hosted by the Sydney Morning Herald and The Age on 22 October 2020 on the issue of foreign interference in Australian education and society.

I will address the session’s first question: When does influence become interference? and then make a few points specifically addressing the issue of foreign interference in education and society.

The Attorney General’s Department’s (AGD) guidelines are explicit: Influence becomes interference when “covert, deceptive and coercive activities intended to affect an Australian political or governmental process are undertaken by (or on behalf of) foreign actors to advance their interests”.

This is distinctly different from political influence, which is the routine work of diplomats and foreign government officials among others. According to the AGD, political influence, “when conducted in an open, lawful and transparent manner, contributes to democracy by ensuring that decision makers and the public are exposed to diverse opinions from all sectors of society”.

This distinction might sound quite clear cut, but it is not. There are also vast grey areas in between influence and interference. I urge the Australian government to exert much more effort to explain these terms to ordinary citizens and, when possible, provide examples of the grey areas. The lines are often blurred, especially in the Australian media.

Moving on to the issue of foreign interference in education and society specifically, let me start with education. Media reports have pointed to foreign interference attempts within university classrooms, where citizens of the People’s Republic of China (PRC), reportedly acting on instructions of PRC Consulate officials or their proxies, object to remarks made by a teacher or fellow student – or both – to ensure that these remarks do not contradict what is acceptable in the PRC.

I, too, have heard first-hand anecdotal evidence about PRC students feeling peer pressure from their over-zealous countrymen to either be silent or toe the line, especially on sensitive issues. But, in the view of each of my interlocutors, these bullying students have not been following directives from government officials. Rather, they are assertive young adults with nationalistic views, and, on their own accord, independently, pounce upon anything they hear which they perceive to be an attack on China or going against the PRC’s interests.

They have grown up with a somewhat one-dimensional view of the world, one sanctioned by the Communist Party of China (CPC) and strengthened by intensely nationalistic messaging over the past eight or so years. This is a genuine problem for academic freedom within universities in Australia and an immense challenge for university lecturers, but unless coercive tactics are applied, it should not be considered foreign interference. We should call it what it is: pressure by a small number of vocal assertive nationalists.

Freedom of speech means that nationalists, too, have the right to express their views, as long as they do not infringe on the rights of others. I am not belittling the problem that some of these nationalistic students pose for our universities, but it is important not to label this as foreign interference.

My second point also touches on freedom of speech but also addresses a myth about Australia’s multicultural society. When he was prime minister Malcolm Turnbull often said, “Australia is the most successful multicultural society in the world.” One could debate whether it was an accurate description three or four years ago when he said it, but today it certainly is not.

Time and time again over the past six to 12 months, countless Australians of Chinese heritage, from all walks of life, have said that they fear speaking in public about China, because if they say anything positive about the PRC they will be called Communist sympathisers or outright stooges of the Communist Party. Many of the PRC’s actions have been appalling, and these actions should be called out as such. But surely, in a democracy, we cannot accept the use of the very tactics that we so abhor in the PRC, in other words, the silencing of individuals and the suppression of free speech.

A year ago, some commentators in Australia spoke of creeping McCarthyism. Today it is no longer creeping, it is rampant. We saw this during last week’s Senate hearing at which Senator Eric Abetz demanded that three Australians of Chinese heritage, invited to make remarks about issues facing diaspora communities in Australia, condemn the CPC. Reading the Senate hearing transcript brought vividly to mind the televised McCarthy hearings in the United States in 1954. This is just one case of McCarthyism in Australia. There have been many others over the past months.

In August of this year Jiang Yun, one of the three witnesses at last week’s Senate hearings, wrote an insightful China Matters policy brief, titled, “What should Australia do about PRC nationalists?”. She wrote that some in the diaspora perceived that freedom of speech is only protected for those who speak out against the CPC. Freedom of speech must also include the right to agree with the CPC or agree with actions by the PRC government.

We have plenty of evidence that the pendulum has swung way too far in the other direction and we are witness to behaviour, which is contrary to the principles of a democratic society, taking place in the name of rebutting foreign interference. Overzealous Australians are undermining the pillars and credibility of a democratic and multicultural society. 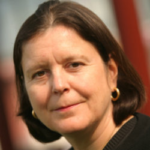 Linda Jakobson is the founding Director and Deputy Chair of China Matters, an independent Australian policy institute that aims to advance sound China policy and inject realism into discussions about the rise of the People’s Republic of China (PRC) and Australia-China relations.
Ms Jakobson was the Beijing-based Director of the Program for China and Global Security for the Stockholm International Peace Research Institute; Director of the East Asia Program at the Lowy Institute; and a visiting professor at Sydney University. A Mandarin speaker, she has lived and worked in China for 22 years. She is the author of five books about China and East Asia and has advised governments on China policy in seven countries.