Media in the Asian Century: Read all about our media expertise on China!

This week Sharri Markson exposed the Australian Security Intelligence Organisation, the Department of Foreign Affairs and Trade, the British MI6 and others for a gormless bunch of gumshoes and naifs.

On Monday, the investigations editor of The Australian told us “the Chinese Communist Party has infiltrated the Australian, British and United States consulates in Shanghai, with a government-run recruitment agency placing advisers into Western embassies for more than a decade”.

Along with reporters Jared Lynch and Remy Varga, Markson had gone through a CCP membership list with the names, jobs, birthdays and ethnicity of 1.95 million of the party’s 92 million members.

“An investigation by The Australian has found that at least 10 consulates in Shanghai have CCP members employed as senior political and government affairs specialists, clerks, economic advisers and executive assistants,” they reported. “Foreign affairs experts warn the employment of CCP members in the consulates, some for up to 16 years, could be part of a “state-sponsored spy ring”, while intelligence officers labelled it a breach of protocol and a risk to national security.” Lots were working in local branches of foreign companies.

The list, dated in 2016, came from a database accessed by unknown activists in Shanghai, and circulated around various dissident groups, before coming to the recently formed Inter-Parliamentary Alliance on China in September, whose Australian members are led by Liberal MP Andrew Hastie and Labor senator Kimberley Kitching. No prizes for guessing Markson’s source then. The Australian’s distinguished media partners in this drop were Britain’s Mail on Sunday, Belgium’s De Standaard, and some unnamed Swedish journalists.

The reporters got some of the usual suspects to fulminate, including “Charles Sturt University public ethics academic and China specialist” Clive Hamilton and ASPI head Peter Jennings. Another was the Henry Jackson Society in London, self-appointed defenders of democracy. “It is extraordinary that some countries have persisted in employing locally engaged staff in China when these threats have been clear for some time,” said spokesman Samuel Armstrong.

He said the employment agency sending these staff to foreign missions  “looks and smells like a well-organised, state-sponsored spy ring … The Australian government has done a good job at eliminating long-term security risks from China but Foreign Minister (Marise) Payne will need to urgently explain how such a glaring intelligence threat came to be normalised in one of DFAT’s missions.”

As for Britain, one such party plant worked just downstairs from the MI6 floor in its Shanghai consulate. “Anybody walking past her office and up the staircase she could identify as an intelligence officer to pass back to the Chinese Communist Party,” Smith said.

By the time readers got to the end of the report and its follow-ups, they might have noticed some caveats and back-tracking. Former diplomats based in China, such as Kevin Rudd and Geoff Raby, pointed out that diplomatic missions kept locally engaged staff out of protected areas. Employers said they did not ask staff about their political affiliations. And with businessman Chau Chak-wing’s recent defamation successes in Australian courts no doubt in the minds of News Corp lawyers, the article stressed that “there is no evidence that anyone on the party membership list has spied for the Chinese government”. It also acknowledged that “many become members to boost their career prospects”.

After some days, Markson’s bombshell was more like a firework vanishing into smoke, as was her scoop earlier this year about a “Five Eyes dossier” pointing to a Wuhan laboratory as the likely source of the Covid-19 virus. That turned out to be a US State Department collection of press clippings.

Pulled out of the list for special mention was the name of Chen Hong, the professor at Shanghai’s East China Normal University specialising in Australian studies, who had his multiple entry visa cancelled in September after ASIO and federal police conducted raids to break up a suspected foreign interference ring. The listing, editorialised The Australian, “leaves no doubt” about his views.

This was news to Chen. “Through the kind offices of The Australian and some other Australian media outlets, I became a member of the CPC without even knowing it,” he wrote in China’s tabloid Global Times. Actually, he had never been a party member, and had tried to tell this to the newspaper.

The professor suggested that those in Canberra hunting for “reds under the bed” would do better heeding the advice of the Australian literary critic A.A.Phillips, who first talked of an Australian “cultural cringe” in a famous essay for Meanjin in 1950: “”The opposite of the Cringe is not the Strut, but a relaxed erectness of carriage.”

The trade punishment of Australia under Scott Morrison’s government continues to ratchet up, with China effectively confirming an embargo on Australian coal, worth $14 billion a year, that has been in effect already for several months. Lost markets in China are now more than $20 billion a year.

It has led to a certain amount of defiance in the media. Sacked minister and  Barnaby Joyce fan Matt Canavan suggested a levy on iron ore sales to China. In the News Corp tabloids Ellen Whinnett reported that the Five Eyes were consulting about how to band together to help out Australia with counter trade sanctions on China, not reporting that Canada is already moving to replace our coal sales.

But doubts are creeping in, even in some unlikely places. In The Australian, under the headline “Do you know what you are doing, PM?”, columnist Katrina Grace Kelly, normally a pro-Coalition attack-dog, said that after the bushfires and coronavirus, Australia needed the trade war with China “like we need a hole in the head”.

“Do you even know what you are doing? That is the question industry leaders would love to ask Scott Morrison and his team. Our political leaders appear inept and the Prime Minister’s angry response this week to an offensive image gave an impression of weakness.”

Not to worry, though. According to her paper’s political editor Dennis Shanahan, the Beijing tweet “has put new steel into the Prime Minister’s spine”.

“One fake image on Twitter has changed the dynamic of the relations between Australia and China, drawn the incoming Biden administration to Scott Morrison, even before the new US president is sworn in, and totally changed the domestic political equation for Anthony Albanese and Labor,” Shanahan intoned.

ASPI’s Peter Jennings had no doubts about how to shape up to China. “Australia has a brilliant opportunity to shape Joe Biden’s strategy for the Indo-Pacific in a way that will secure a major increase in American military power in the region,” he wrote in his weekly column for the same newspaper, going on to say: “We should propose to Biden that elements of the US 1st Fleet should operate out of Stirling in WA and from the Port of Darwin. If Singapore is reluctant to host a land-based headquarters, then we should offer to be the host.”

Brilliant! And next week, Jennings took it further. “Here’s a priority list for Marise Payne’s foreign arrangements taskforce to apply the government’s new veto power: Victoria’s Belt and Road Initiative memorandum of understanding with China; a dozen Confucius Institutes at Australian universities (NSW removed one from its Department of Education last year); and, at last count in 2018, 1741 agreements between Australian and Chinese universities…”

But Payne’s department might need a bit of spine-stiffening too. “We must also hope DFAT’s foreign arrangement taskforce won’t go the way of the Foreign Investment Review Board and conclude that its core task is to facilitate keeping and making foreign agreements as the most important objective. We need a tough national security mindset to look after Australia’s interests. DFAT will need help on that front.”

Which is strange. Wasn’t David Irvine, former ambassador to China and former chief of both ASIS and ASIO, made chairman of the FIRB precisely to bring in a national security eye? But he’s been reported showing signs of weakness lately, forcing Treasurer Josh Frydenberg to countermand his OK for China’s Mengniu to buy out the Lion Dairy from its Japanese owners.

Meanwhile, The Australian’s Ben Packham reported this week on a new Tax Office study showing offshore buyers are snapping up prime agricultural land across the country, with foreign farm ownership surging in the eastern states. North American buyers are leading the charge, Chinese investment is up marginally and UK owners have reduced their holdings by 860,000 hectares.

Pat on head for Hartcher

Only the most dedicated loyalists of Rupert Murdoch will plough through the turgid weekly column of former editor-in-chief Chris Mitchell in The Australian’s Monday media section. It’s usually a predictable rant at the lefties of the ABC and the former Fairfax papers.

This week, however, Mitchell was full of praise for Sydney Morning Herald international and political editor. He had “hit the mark” with his December 1 column,  arguing “the evidence reveals that the supposedly mighty regime of strongman Xi Jinping is the one feeling the strain”. This was a column that we singled out for attention as notably strident, so we are rebuked.

Mitchell noted sorrowfully that “Many in the Australian media have always supported the Labor lines of former prime minister Paul Keating and former NSW premier Bob Carr: that our economic future rests with China, which will inevitably become the world’s most powerful nation militarily and economically. It’s been the line from the Department of Foreign Affairs for decades. But events may yet prove it wrong. And we can of course trade with China and preserve our US alliance.”

Press gallery stenographers continue to report the pronouncements of our leaders with an admirable lack of irony and comment.

We can only savour the straight reporting of Morrison’s comment on the coal embargo that it would slow China’s progress to the net-zero carbon emissions promised by Xi Jinping for 2060, given the lower calorific value of alternatives. “As a result, that would be a bad outcome for the environment,” Morrison said on Tuesday, only four days after missing out on a speaking slot in the virtual Climate Action Summit because of his government’s failure to set a zero-emission target date.

Then there was Alexander Downer warning business leaders that they risked alienating the public, their customers and their staff if they sided with China against the Morrison government to “push up their share prices”.

The former foreign minister who pulled Australia out of international maritime tribunal jurisdiction and sent ASIS to eavesdrop on the Timorese leaders during sea boundary negotiations told an Asialink forum that “Making the rules-based international system work, making sure that there is an appropriate balance of power in the Indo-Pacific region … making sure that Australia maintains its networks around the world with countries which are its natural friends and allies — all these things are more important than just money.” 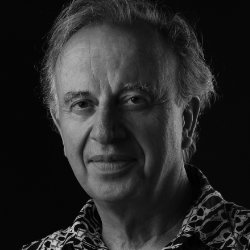