Media sensationalism of the virus

The media in Victoria gave widespread coverage to the death from Covid-19 of a man in his twenties – the youngest death from the virus in Australia. But it turns out he didn’t die from the virus!

Every major media outlet in Victoria prominently carried the announcement from Premier Daniel Andrews on 14 August that “a man in his twenties had died from Coronavirus.”

It was big news. This would be the youngest person found to have died from the disease in Australia. The story also married well with the advertising campaign running in Victoria seeking to convince young people that the Coronavirus is a threat to young and old.

But ten days later no such death had shown up on the official Federal Government records which I monitor regularly.

Over 97 per cent of the deaths in Australia are of people aged over sixty; people over 80 account for 67 per cent of all deaths.

On 20 August, noting that no death of a person in their twenties had been recorded by the federal department, which daily updates its records of deaths by age and sex, I emailed the Victorian Health Department asking if the assessment that the man died from Covid-19 been re-assessed or re-categorised?

I followed up with a call the next day and was told they would get back to me. On 24 August I called again and received an email response: “We’re working through your request and will get back to you as soon as we can.”

Finally, on Tuesday night (25 August) I received a reply: “In Victoria all deaths with a positive coronavirus diagnosis are included in the state’s toll, regardless of whether it was the overarching cause of death. This is consistent across all states and territories to ensure the figures are comparable.”

The Victorian Health Department spokesperson went on to say that the Commonwealth’s system only counts people who are notified in Victoria as having died from coronavirus. “If a case is notified as having died of other or unknown causes, but was coronavirus positive at the time, it is not included in Commonwealth statistics.”

So we can conclude that this man died of “other or unknown cause” and happened to be coronavirus positive at the time.

When he announced the death Victorian Premier Daniel Andrews said the man was not a resident of a disability facility but declined to reveal more information, saying there might still be some ambiguity as to whether coronavirus had caused the man’s death.

Perhaps he was trying to tell the whole truth when he said: “We are talking about the youngest person that has died of this virus, or at least with this virus. That’s the other issue that would need to be teased out.”

But just about all the media missed the subtlety in his statement. The news grab was that a man in his twenties had died from Covid-19 – the youngest person to die from the virus in Australia.

But there’s another aspect that should be noted from the Victorian Health Department response. If they are doing as they say, then clearly they and possibly other states are overstating the number of deaths from the virus.

The coverage of the issue also exposes current media operations which frequently fail to follow stories to their conclusion. Again, with much sensationalism, the media reported in late July that a baby at the Royal Children’s Hospital aged under three weeks has tested positive to coronavirus and four cases had emerged in a cluster at the Neonatal Intensive Care Unit.

It’s in the media’s nature to report such bad news. But if the story’s worth of headline treatment surely there’s also a duty to let the public know the end result. Given the weeks that have gone by since the reports of the babies contracting the disease and given the authorities’ readiness to highlight the virus’ danger to the young, presumably the no news is good news.

The case of the twenty-year-old Victorian man is similar to the case of the thirty-year-old Queensland man who in June was said to have been Australia’s youngest person to die from the virus. After widespread publicity over the death, it turned out that he did not have the disease at all!

It seems the states’ propensity is to blame the virus regardless. 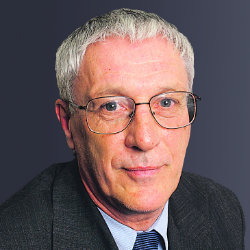