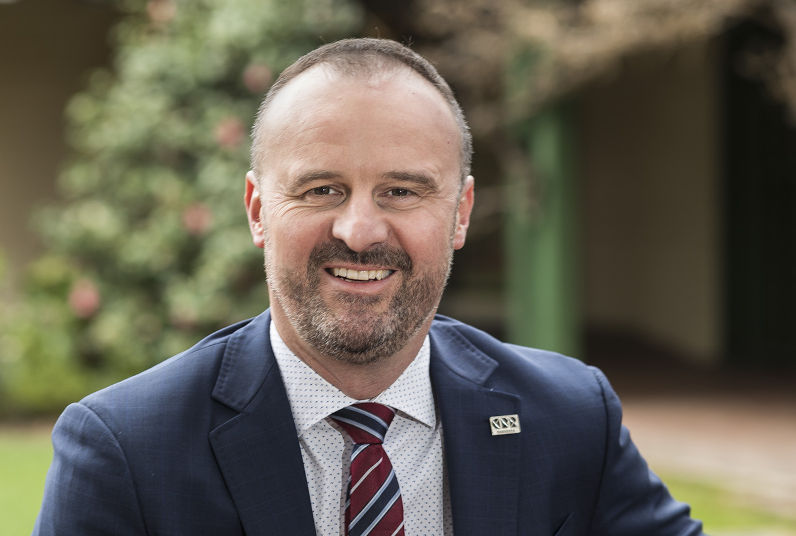 Andrew Barr, Chief Minister called The Greens' plan to fast track the phasing out of gas in the ACT a ‘crazy Greens proposal’. Image: Wikimedia Commons

While Labor declare they will never agree to a coalition with the Greens, their competition happily takes power from them, ONLY BECAUSE they rely on being in their own coalition with a party – far more extreme, far more incompetent and far less representative than the Greens.

My heart lurched. I hope I gave a response that both treated this question with the respect it deserved while communicating some sense of hope and optimism. But it was a galvanising moment.

Now my spouse and I have defined ourselves as feminist, environmental, social justice activists for most of our adult lives – joining movements, attending conferences, going to rallies and protest actions, making banners, putting up signs in front of our house, keeping on top of issues and using social media to share issues and ideas etc.

But somehow, this innocent question left me feeling that this was not enough. I started looking for ways to up my effectiveness and influence. Initially, I decided that the best place to put my energy was to educate myself and be a voice for change on social media. But then we had Glasgow and a new IPCC report. Desperate times require desperate measures right?

In response I attached myself to Extinction Rebellion (XR). Here I found a community of passionate, intelligent, committed people. I love that XR is ramping up public attention and a sense of urgency around climate change in a way that more traditional forms of protest don’t, but it just wasn’t the right fit for me.

Around this time, something dramatic started to shift in the political landscape in Australia – the rise of the climate independent electoral movement. For the first time in decades, I feel a sense of hope for Australia. Not just the sort of hope that we all have to hang on to so as not to give into doom and despair, but a realistic hope for an imaginable future.

Reflecting on this hope led me to conclude that it is way past time to embrace the possibilities that a more open, more contested Government arrangements might provide. Here I am talking about what is common across Europe and even New Zealand – an elected Government that represents a greater diversity of the population by comprising of two or more parties or groupings, rather that one that draws so heavily from our historical two party system.

The successful 14 years partnership between the Greens and the ALP in the ACT provides a glimpse into how this might work and why it might change the parliamentary culture for the better.

The beginning of ALP/Greens Government in the ACT was not easy, – necessitated as it was by numbers and entered into most reluctantly by Jon Stanhope, the then ACT Chief Minister. Turning an intense, public and sometimes bitter rivalry into a partnership is challenging – especially where one party feels they have so little to gain and so much to lose.

In the early years, the Greens MPs had to fight for access to information, participation, and a foot in the decision making door. But this improved markedly when Katy Gallagher became Chief Minister. But quite early into this arrangement the ACT Government instituted some bold reforms – the most significant being the development of a formal agreement.

At the start of each term of Government, the 2 parties sit down together (for about a week) and negotiate a detailed formal agreement about what they aim to achieve over the coming term. It is an extensive and exhaustively negotiated list covering:

This Agreement is leading edge government transparency reform: it is posted in its entirety on the Web and reported against on an annual basis. The agreement process forces both parties to have the difficult conversations upfront and it sets the strategic agenda to which the signatories are willing to be held accountable by the community.

It is also worth noting that the protocols around the communication of initiatives commits both parties to attribute particular reforms to the Agreement rather than to the hard work and priority commitment of either party.

While the appendix provides an interesting read of both the Labor and Greens policy platforms and which makes visible differences in emphasis, language and ambition. However, neither party can boast about any particular achievement as theirs alone. This makes it hard to identify what policy or program outcomes would not have happened if the Greens had not been part of Government.

However it is obvious to close observers that the policies and achievements of this government have been infused with Greens priorities. This two party arrangements has quite a long list of what can be seen as leading edge greened up achievements. Here is a selection of the most obvious:

While other States/territory may have achieved some of these outcomes, no other State/territory can claim anything close this extensive list.

The achievements in relation to transitioning off gas are worth a closer look. This is leading edge climate change policy. As Dan Gocher from the Australian Climate Council observes, “If we are serious about the best health outcomes and getting to net zero, then we must dramatically reduce domestic gas demand. With demand expected to remain stable until the early 2030s, it is clear that we do not have the policies in place to encourage electrification.”

This transition off gas also happens to be one of the achievements for which we have definitive evidence of the decisive role played by The Greens in catalysing the ACT climate change policies. In Sept 2020 the Canberra Times reported that, at the Launch of the ACT Climate Change Strategy, Andrew Barr, Chief Minister publicly rebuked The Greens plan to fast track the phasing out of gas in the ACT calling it a ‘crazy Greens proposal’ that Labor would not support.

Yet here we are. The ACT is now way out in front nationally on the transition away from gas through initiatives such as household transition loans, public housing changes, not putting gas in any new suburbs or developments. Through the Agreement both parties are now committed to phasing it our completely by 2045.

The ACT ‘experience has shown that The Greens (and Independents) can push Labor on policies across the spectrum to deliver policies that Labor themselves come to own. But, the impact of this two party arrangement goes beyond particular policy and program outcomes. Something seems to have shifted in the way in which governing takes place and this shift is harder to describe.

I have been informed by a number of staffers in The assembly that policy proposals developed by one party come to the floor already infused with perspectives that reflect the other party. The changed processes around question time, who can do what and so on appear to have broken the party policy strangle-hold on individual politicians. We have even seen Labor backbenchers proposing policies outside their Party platform or the Formal agreement in response to current issues.

In my view, the prospect of a Labor plus government in the future is an exciting game changer. I am confident that we will see greater ambition on climate change, Indigenous rights, socioeconomic, and pro-poor policies with steps taken to establish strong transparency and accountability around Government decisions and parliamentary processes.

Over 23 years ago, Scott Bennett noted the declining support for the 2 major parties in Australia, and provided a comprehensive argument for the inevitability of a minority Government in the near future. He also noted that apart from the USA and the UK, modern democracies across Europe and elsewhere were moving towards shared power in multi party models. We have already experienced this during the Gillard years – years of notably high policy achievement

We have also experienced this briefly in Tasmania and for a longer term in The ACT. But what is almost always overlooked is that we haven’t actually had a two party system since forever. As Dan Hogan says, “…the Liberal Party has never formed Government on its own. And it has been so good for them that when John Howard actually won outright in 1996, they chose to continue as a coalition.”

While Labor declare they will never agree to a coalition with the Greens, their competition happily takes power from them, ONLY BECAUSE they rely on being in their own coalition with a party – far more extreme, far more incompetent and far less representative than the Greens.
Consider this. Because of the willingness of the Liberal party to be tied to a coalition and the refusal of Labor to even consider such a prospect, the Liberal party has managed to:

The long term of rule the coalition was not inevitable. It is not too late for Labor to choose to be open to an alliance and to view it as an opportunity for change that can be positive and stable over a longer term. A hung parliament need not be a disaster. It could be an opportunity for strategic leadership by Labor.

To win, and more importantly to stay in power long enough to undo all the damage, it is way past time for the Labor to consider alliances or a coalition. With the emergence of the climate independents, the existence of electorates where Green hold a good chance of a lower house seat, the appalling state of government in Australia in urgent need of repair and reconstruction, the climate emergency and the lessons from the ACT Government experience, the time for change is now.

As Dan Hogan to rightly states, “Labor should know better than anyone that there is power in a union.” 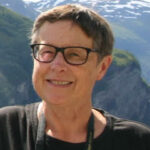 Meg Clark has been a primary teacher, a Lecturer, researcher, public servant (in 4 different jurisdictions) and a CEO of an education NFP. Most of her professional roles have been related to education, equity and social justice. Meg is a passionate advocate for refugees, LGBTIA+ rights, the environment, a regenerative gardening, community building and a grandmother.