MELISSA PARKE. War & Wildlife in the Time of the Coronavirus

Amid the heavy global toll of suffering and loss caused by COVID-19, there may yet be some silver linings.

The war in Yemen is now in its 6th year, with much of the country’s infrastructure destroyed and the population undergoing the world’s worst humanitarian crisis. Over 24 million people – 80% of the Yemeni population – are dependent on humanitarian assistance just to survive, with 15 million people on the verge of famine.

On 30 March the UN Secretary-General issued a global plea for a ceasefire in all of the world’s conflicts. He called upon the parties to conflicts to lay down their weapons in order to fight a common enemy – the virus. Last week, in response to the Secretary-General’s call, Saudi Arabia, on one side of the Yemen conflict, and the Houthis on the other, each issued unilateral declarations of ceasefires.

Last week Yemen had its first confirmed case of COVID-19. If the virus spreads, it will devastate an already weakened and severely demoralised population without access to health care.

Until the virus showed up there were few signs the conflict would be resolved any time soon.  There is a strong caveat here that the conflicting parties have previously shown little regard for the health and welfare of the Yemeni people. However, COVID-19 may provide the parties with the face-saving cover they need to exit the conflict.

The COVID-19 ceasefire declarations have offered the first glimmer of hope to war-weary Yemenis in many years.  If the ceasefires hold, given that so many countries, Australia included, have profited from selling weapons to parties to the conflict, the international community has a collective responsibility to ensure that Yemen is assisted as much as possible in dealing with COVID-19 and in rebuilding this proud ancient nation.

Another potentially positive aspect of COVID-19 relates to the environment and human health. Not only have air pollution and CO2 emissions significantly reduced, but there is now a collective responsibility to see the trade and consumption of wildlife stopped.

Last week a large number of animal welfare organisations around the world issued an open letter to the World Health Organisation (https://lioncoalition.org/2020/04/04/open-letter-to-world-health-organisation/) calling upon it to recommend to governments:

The letter notes that the COVID-19 outbreak is believed to have originated at wildlife markets in China, and transmitted to humans as a result of close proximity between wildlife and people, and this was also how SARS started in 2002.  Other significant diseases transmitted from wildlife include Ebola, MERS, HIV, bovine tuberculosis, rabies, and leptospirosis.  It is clear that if we as a global community fail to heed the messages coming to us from the natural world, we must expect further pandemics.

Melissa Parke is the Former Federal Member for Fremantle and Member, UN Group of Eminent Experts on Yemen 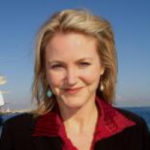