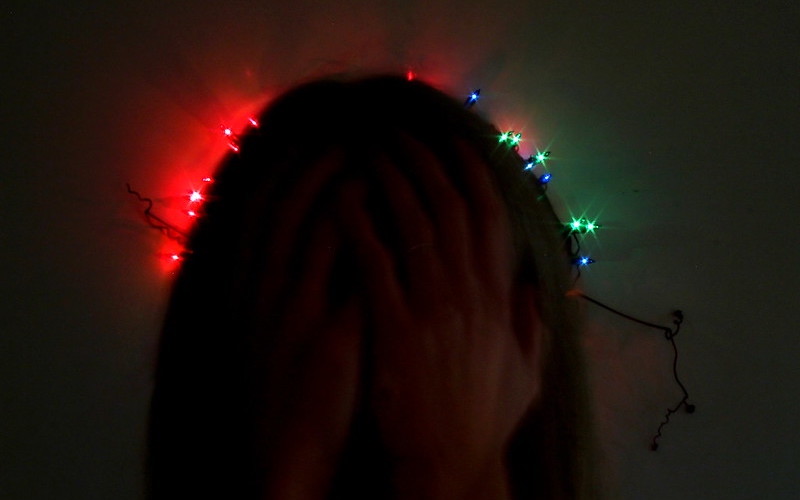 Cognitive dissonance, occurring when a deeply entrenched belief encounters countervailing facts, can cause the holder of the belief to deny or reinterpret the facts.

The US, having long believed that only liberal democracies can ultimately succeed while authoritarian forms of government must fail, is reinterpreting the fact of China’s success.

Cognitive dissonance, the phenomenon identified in the 1950s by psychologist Leon Festinger, is a powerful force for persistent self-deception. Cognitive dissonance occurs when a person or group of people has a deeply entrenched belief, but the facts clash with that belief.

When that happens people can go to great lengths to validate their belief, often by denying or reinterpreting the facts. A classic example that occurred in 1954 was documented by Festinger himself, and recounted in a 2010 Wired magazine article by Jonah Lehrer.

An obscure cult led by a woman identified by Festinger as Marion Keech held the firm conviction that the world would end on December 20. But Keech had been in constant contact with aliens of the planet Clarion. She told her cult members that these aliens would pick them up in a flying saucer at 12:01 AM on that date, just before the world was destroyed.

Festinger had infiltrated the cult and was present with them as the hour approached. In Lehrer’s retelling:

On the night of December 20, Keech’s followers gathered in her home and waited for instructions from the aliens. Midnight approached. When the clock read 12:01 and there were still no aliens, the cultists began to worry. A few began to cry. The aliens had let them down. But then Keech received a new telegram from outer space, which she quickly transcribed on her notepad. “This little group sitting all night long had spread so much light,” the aliens told her, “that god saved the world from destruction. Not since the beginning of time upon this Earth has there been such a force of Good and light as now floods this room.” In other words, it was their stubborn faith that had prevented the apocalypse. Although Keech’s predictions had been falsified, the group was now more convinced than ever that the aliens were real. They began proselytizing to others, sending out press releases and recruiting new believers. This is how they reacted to the dissonance of being wrong: by becoming even more certain that they were right.

What does this tale and the psychological concept of cognitive dissonance tell us about the US and China? The US has long believed that its moral code and form of government not only are in the right, but that they are necessary for the ultimate success of a people and a nation. Other forms of government, such as authoritarianism, with their lack of freedom of expression and democratic elections, would inevitably fail.

This belief was gravely tested on October 4, 1957, with the Soviet Union’s launch of the earth-orbiting satellite Sputnik, which catapulted its space program ahead of that of the US. Prior to that, the US had believed that a Communist regime like the Soviet Union’s could not muster the skills, the ability and the drive to achieve such a success, and to achieve it far ahead of the US. Its system was considered deadening to innovation, repressing brilliance and keeping people silenced. And yet, it had accomplished this breakthrough.

The US was frantic to show that its technology was more advanced than the Soviet Union’s. It unleashed massive amounts of funding for science and technology. In 1958 it created NASA, the National Aeronautics and Space Administration, and DARPA, the Defense Advanced Research Projects Agency.

Subsequent developments validated the United States’ belief. Its space program surged ahead of the Soviet Union’s, landing two men on the moon in 1969. Ultimately, the Soviet Union collapsed in 1991, revealing an economy badly weakened by military spending and diminished technological success.

The United States’ belief that its system was superior – not only morally superior but superior at creating economic and technological success – was now firmly and unshakably entrenched. The ultimate test of one system versus the other had been conducted over a period of several decades, and there was a clear winner.

What, then, to do about China’s successes over the past 30 years; its booming economy, its success at liberating hundreds of millions of people from extreme poverty, its technological wonders, its economic assistance to developing countries? To relieve the cognitive dissonance, there must be something wrong with these achievements. Millions may be relieved of extreme poverty, but their voices and minds are not free and China is committing genocide in Xinjiang. The economy may have been booming, but hidden dangers and a huge debt overhang lurk. China may have sponsored construction projects in less developed countries, but at the cost of subjecting those countries to debt servitude. Technological wonders there may be, but China is the foremost global polluter.

The lighting of the torch at the Olympics by a Uyghur is regarded as a “crass and insensitive political ploy”, meant to whitewash the treatment of Uyghurs, while a similar placement of a member of an American minority group would be regarded as displaying America’s commitment to diversity, rather than a whitewash of the often unfortunate experiences of US racial minorities.

The cognitive dissonance has only been exacerbated by the fact that China has not become more democratic and “liberal” over the past several years. One of the West’s tenets is that while developing countries may experience a period of authoritarian rule early in their development, inevitably if their economy develops the country will also become more liberal and democratic. The fact that this has not happened in China, yet China continues to succeed, has worsened the cognitive dissonance.

I suspect that this cognitive dissonance is going to intensify in the next two or three decades, specifically around the issue of climate change. China has declared that it aims to achieve carbon neutrality by 2060, while the US has proclaimed the same goal by 2050.

In spite of the fact that circumstances have brought China to take up much of the carbon-emitting work of manufacturing that used to be located in the US, climate officials in the US and other Western countries have faulted China for not aiming higher.

What is likely to happen in those coming decades, however, is that China will approach its goal much faster than the US. A principal reason is that the US has talked itself, and regulated itself, out of the most powerful decarbonisation technology, nuclear energy – and China has not. The strange historical path whereby the US deluded itself and its citizenry about nuclear energy – with initially good intentions – is recounted in a fascinating book by Jack Devanney, Why Nuclear Power Has Been a Flop.

The reasons why the US has come to the point where nuclear energy is virtually ruled out are not a result of the characteristics of its particular political system. They are an accident of history. Not all outcomes are political system-related, although ideologues tend to believe they are. But the ability of the US to work itself out of this constraint on its capacity to achieve climate goals is very limited, in part due to its populace’s lack of faith in government and institutions.

If China does make more progress at decarbonising than the US, by building up nuclear power in addition to its already fast-growing solar and wind power installations, it will cause intensified US cognitive dissonance over one of the most loudly proclaimed issues of the day. We can be sure that attention will be brought to every glitch in Chinese nuclear plant construction and operation, with ominous implications. One result will be that US public fear of nuclear energy will become even worse, and the likelihood of pursuing it – and of an entente with China – even more diminished. 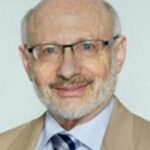 Michael Edesess is an accomplished mathematician and economist with a PhD in pure mathematics in stochastic processes and expertise in the finance, energy, and sustainable development fields. He is chief Investment Strategist of Compendium Finance.