In the Chinese political lexicon being civilized means ‘fitting in’ with the national plan, accepting the party-state’s directives and guidance, and obeying laws. This ‘harmonious society’ model, represents a collective response to uneven social development.

The economic reforms, beginning in 1978, had led many to seek opportunities in a market that was largely unregulated. Personal networks (guanxi), the black market, and corruption were part of the reality of everyday life for many Chinese. The behaviour of market opportunists needed to be managed, even controlled.

Everyday life in China has changed markedly. In 1996, the nation’s first commercial internet service was launched. Prior to this, the nascent technology was viewed as a mechanism for scholars and scientists to share information. In 2000, only 1.8% of the population was online. By the end of the first decade of the new millennium, internet penetration had climbed to 34% of the population, a total of 516 million people. The number now exceeds 800 million. A new kind of ‘digital civilization’ is now unfolding that allows the government to regulate peoples’ conduct.

Beginning in 2016, the 13th Five Year Plan enshrined future-centred initiates such as Internet + and Made in China 2025, programs aimed at deploying cutting-edge technologies such as cloud computing, the Internet of Things (IoT), robotics, and next generation information technologies with the intent of transforming national firms into globally competitive ones. Large parts of the Chinese economy, from commerce, finance, health care, to cultural industries and transportation were reshaped and reimagined.

With the burgeoning of commercial internet services, hundreds of millions of Chinese people rushed to purchase smart phones and tablets, most seeing no need for a computer, or even email. As one insider has noted, the expertise that made Silicon Valley successful no longer applies because machine learning algorithms are replacing human endeavour.

By the time the 13th Five Year Plan was unveiled, the affordances provided by China’s digital platforms had replicated or localised those of their Silicon Valley counterparts. Western companies like Facebook were now cherry-picking ideas from China’s internet companies.

Chinese tech companies have been quick to develop innovative applications, echoing the tide of techno-nationalism, now tempered by tech trade wars with the US. China’s ‘digital champions’ include the internet technology companies Baidu, Alibaba and Tencent, (sometimes called BAT), as well as Bytedance, owner of the popular short video app Tik Tok, the e-commerce giant Jingdong.com, and technology hardware companies Huawei and ZTE.

Disintermediation, the process whereby online technology eliminates institutional gatekeepers, has played out in dramatic ways in China. The architecture of many essential services and online transactions are managed by commercial communications companies, not financial institutions as they are in the west. Alipay is operated by Alibaba. Tencent offers WeChat pay. In fact, not using Tencent’s WeChat messaging app along with its convenient transaction services, would lead to social exclusion. Most services in China are online, some are only online, and many are only accessible by apps.

QR codes proliferate. Cash transactions are virtually obsolete; even beggars and buskers present a QR code for scanning. Coffee, now associated with modern urban lifestyles, is offered by a Starbuck clone, Linkin Coffee whose orders are received on the company’s mini-program, a mobile app downloaded on WeChat. Orders in most restaurants are conveyed to the kitchen on digital devices and food is even delivered by robots and drones; many people even shun restaurants, choosing to have meals delivered by courier services such as Meituan and Ele.me.

Alibaba’s Freshippo grocery supermarkets, now operating in a hundred cities, dispenses entirely with the need for people, allowing shoppers to scan payments on Alipay while their purchases are moved to the check-out on conveyer belts. Huawei’s Mate 20 mobile phone production line is completely automated, except for humans who make random ‘quality checks’ and add a final QR code sticker.

It’s not hard to comprehend the enthusiasm of Chinese people for a digital lifestyle, considering that many essential services were previously obtained through guanxi. While the sharing economy in China has alleviated many government concerns about social disruption, it has in turn disrupted business models. Bike-sharing is commonplace, but the ease of ride-sharing has led to more vehicles on the road, not less.

In the past civilizations were recorded in libraries, museums, and galleries, and taught about in universities. Digitization now allows the past to be restored. Furthermore, the digital cloud now contains traces of what we read, consume and share.

China is increasingly connected to the outside world. The take up of WeChat is widespread among many non-Chinese, as are Alipay, Tik Tok, and Huawei phones within many parts of Asia. Chinese digital platforms are connecting up regions, cities and people. China’s digital civilization is likely to consolidate as people in Asia become ever more dependent upon China’s technological platforms, expertise and algorithms. As people use these services their personal data is more likely to be mined, even passed on to political authorities, despite the reassurances of the platform owners. 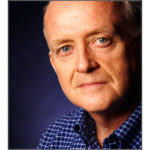 Michael Keane is Professor of Chinese Media and Communications at Curtin University, Perth, Australia. He is Program Leader of the Digital Asia Research Node within the Centre for Culture and Technology. Prof Keane’s key research interests are digital transformation in China; East Asian cultural and media policy; television in China, and creative industries and cultural export strategies in China and East Asia.