The case of Father Walter Rozario bears all the hallmarks of denial, cover-up and silencing victims seen in the West. 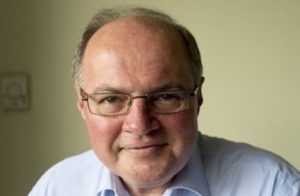 The investigation by ucanews.com into the disappearance of a priest from Bangladesh that uncovered evidence of sexual abuse follows a well-trodden path.

It’s one that has been travelled in country after country for 30 years — in the United States, Canada, Ireland and Australia and now on full display in Chile.

It runs like this: there is a pattern of “grooming” where the sexual predator flatters and indulges his proposed victim into submission; advances are made by the predator on his target; fear and paralysis is the response of the target and often their families, and so often silence.

If church authorities are informed or learn of the events, there is puzzlement followed by inertia often with a failure to listen or take seriously the complaints about a cleric or religious; a pattern of cover-up where the predator is defended or worse still, they are moved to other parts of the diocese or the country or even out of the country; the circling forces of the police are at the extremes: they are either complicit with the powerful church or out to score a conviction at almost any cost.

Its latest instance in Asia is the allegations against Father Walter Rozario in Bangladesh.

Underpinning the process is something far more serious and widespread in its deleterious effects: the hierarchy of the church intent on preserving its “good name” at the expense of victims of abuse; a hierarchy always ready to find in favor of its officers and to demonize any people who call its performance into question; a culture that puts the institution ahead of the people in its care.

The most outstanding example of this pattern of behavior in the church was Pope St. John Paul II in his handling of the founder of the Legion of Christ. An abuser of adolescent males and young men who maintained his pattern for decades, Marcial Marciel was known to be a predator in the 1950s. He also had two families — one in Spain and one in his homeland of Mexico. He even brought his children to Rome to meet John Paul, introducing them as his “nephews and nieces.”

Marciel was eventually exposed and deposed by Joseph Ratzinger, later Pope Benedict XVI. Though never de-frocked, he was condemned by the Vatican investigation and sentenced to a life of “prayer and penance” for his crimes. Ratzinger did this against strong opposition from powerful cardinals, especially Angelo Sodano, and John Paul himself.

Sodano has been the most influential person in the selection of the now discredited college of bishops in Chile. Its church is now seen to have a poisonous culture buttressed by a self-serving executives.

That just about sums up the clericalism Pope Francis sees as a fundamental problem in the church. It’s like a poisonous gas that spreads invisibly with lethal effect.

The subcontinent is prime territory for the cultivation of a clericalist culture that nourishes sex abuse and cover-ups. It’s a region where a rigid society wide caste system is still alive and well and Catholic hierarchies make all too neat a fit with it.

Of course the clerical structure and culture are not just present in Catholicism in the subcontinent (or anywhere else). The recent conviction of a rapist guru reported by UCAN demonstrates that. Identical patterns of secrecy and cover-ups are found in Hinduism but especially in Buddhism and Islam in other parts of Asia.

The monastic life of Buddhist monks in Thailand is a mirror image of the worst excesses of Catholic criminality. Lies, deception, theft, embezzlement and serial abuse along with completely inadequate leadership and no accountability or transparency in processes of assessment are the order of the day in Thailand, Myanmar, Sir Lanka and probably Laos and Cambodia.

Put simply, religions can’t or won’t and invariably don’t manage their own internal affairs with any competence. It is only through external intervention to set things right that justice is done and seen to be done.

The pathetic, unconvincing and frequent institutional defense — that exposing the corruption brings comfort and provides a weapon for attacks on religions by their enemies — provides unwittingly an even bigger weapon when the scandal is revealed beneath the cover-ups.

After a torturous 30 years across Western countries, Latin America provides the latest instances. It will happen in Asia but can be at least be ameliorated by urgently enacting transparent and independent structures of accountability.

The Catholic Church has learned the hard way over the last 30 years that there is no escape from scrutiny and accountability, however energetically local churches seek to handle matters internally or deny the reality and cover up criminal behavior.

The Catholic crisis of clerical sexual abuse has been misnamed. It is a crisis of episcopal incompetence. Too often, clerics have been made bishops over the last three and more decades for their orthodoxy rather than their ability as people managers, communicators of the Gospel, and their appreciation of the major issues the Church faces in their culture. Instead, reinforcing the “correct” Rome-approved doctrines has had primacy.

But all is not lost as the Universal Church moves to the appointment of more “pastoral” bishops that Pope Francis says “have the smell of the sheep.” A great deal has been learned over recent decades about how to handle — in a responsible and transparent way — the inevitable corruption that besets the church’s governance and management.

The Vatican set a deadline of the middle of 2016 for every bishops’ conference in the world to have protocols, processes, including legal and canonical processes, and other resources to address and respond to instances of clerical sexual abuse such as counseling services and suitably resourced seminary training programs.

Asian bishops need to listen, learn and act as quickly as they can.

This article was published by La Croix International on the 13th of June 2018.