MICHAEL McKINLEY. Arse-backwards: the now unmistakeable nature of the Future Submarine programme by refusing to ask the prior questions. Part 1 of 5. 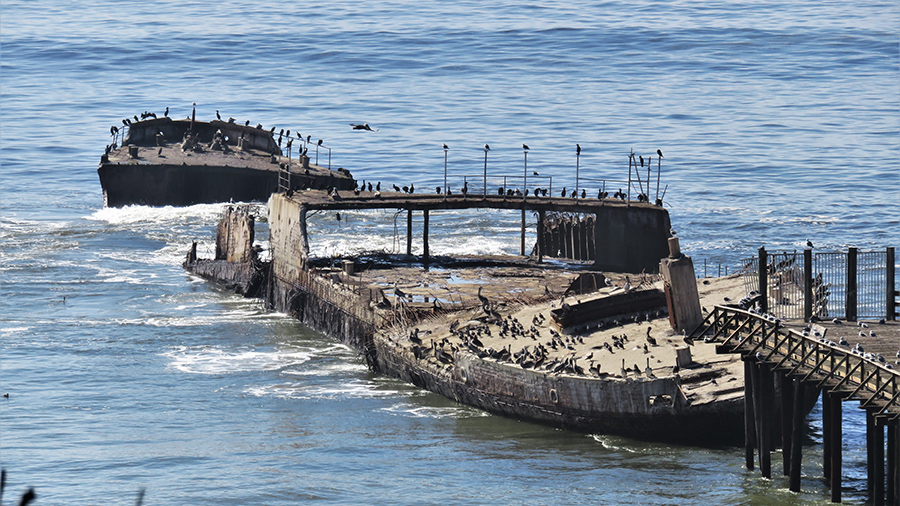 Even from well outside the arcana imperii of the processes which led to the decision to select the Shortfin Barracuda proposal by French shipbuilder Naval Group to replace the Collins-class submarines it is apparent that the result is contrary to the good order and strategic discipline which should be the hallmarks of such a project.

From the available open-source accounts and reports it is clear that, when the government attempts to explain how, why, and what it is doing, all that results is an episode of tongue-tied inarticulacy. The Australian National Audit Office’s analyses are a very honourable exception, but they only increase the case against, rather than mitigate the government’s appalling stewardship of the project to date.

What is to hand is an habituated recourse to the wholesale sacrifice of independent variables (and their attendant predicate logics) in favour of what the government views as desirable outcomes, and slothful linear thinking, relieved occasionally by wondrous inversions which reproach the independent variables. In a word, the situation is, in the strict sense of usage, preposterous.

At times, if the silences and contradictions in official statements are brought to the fore, it is far worse. Here, Marcus Hellyer’s piece on the “bizarre” (and disingenuous) nature of important aspects of the selection process is revealing.

Moreover, all of it is crowned by a refusal to ask the crucial questions and define the central concepts which allow the project to be critically evaluated according to logic and empirically sound evidence.

Insofar as bringing to light the multi-flawed processes of deciding who is to design and build the future submarine, and what this entails for the defence of Australia, the attentive public should be very grateful to the contributions on this site made by knowledgeable commentators such as Mike Scrafton, Jon Stanford, and Hugh White, and the Insight Economics reports commissioned by Submarines for Australia.

Understandably, given the resources that will be committed to the future submarines over a period of around half a century, these have tended to concentrate on the process noted above. Without any intention to be mean-spirited, however, they might also be understood as very valuable contributions within the parameters of the questions they ask but, for all of that, somewhat limited in focus. More precisely, the suggestion is that there are broader and prior questions to be asked and answered.

Thus, before any mention of submarines the first order questions must include the following:

[1] In the context of national security, by which all relevant strategy and policy must be judged, what definition of security is being deployed and what concept is being referred to? This, it must be emphasised, is not an abstract philosophical question.

[2] Similarly, what is to be made of the sprinkling of justificatory references such as alliance, deterrence, and balance-of-power as though they were a form of Lourdes Water with both salvific and curative properties?.

Mike Scrafton’s recent post which casts a cold eye on the concept of capability is most apposite and it needs to be extended. So, too, do the invocations of Australian sovereignty, Australian industry, and Australian command and control which, on the basis of the close examination given them by Graeme Dunk, are little more than necessary (but empty) phrases designed to convince an uninformed audience.

As regards security, there is only silence and vacuous thinking notwithstanding that rigorous and operational definitions of security are elusive. That said, there is a large body of work which could be consulted and its findings cited if only for the purpose of honestly admitting the uncertain nature and confusing context attending the need to make a decision.

In summary form we find that there are four central concepts of the term: the serenity of the wise man; the absence of dangers as the result of history’s conclusion; a material public order in which a guarantor state ensures the absence of dangers to individual’s life, liberty and property rights; and a realm of biosecurity in which, whatever political arrangement reigns, it allows the normal functioning of some activity or process to play out.

All have been subjected to arguments, analyses and evidence derived from history and the present, but all, significantly, are virtually impossible to realise. Some are even a cause of higher levels of insecurity than existed before their adoption. Not to acknowledge this deep background is palpable, high-level, political fraud.

As for making sense of the religious invocations of the strategic trinity – alliance, balance of power, deterrence – government has to be avoid any exposition because the questions will lead in the direction of Copernican discoveries.

Again, summarising the research based on four major research undertakings including the Correlates of War project – basically, a database of international (interstate, imperial and colonial) and civil wars involving one or more sovereign states, anywhere in the world, and in the period since the Congress of Vienna (1814-15) – the findings shred the veil of confidence with which government extends to its pronouncements.

The most salient point that should be made under this heading is that the analyses and conclusions, all evidence-based, mandate not that those against alliances justify their respective positions, but that those who advocate them justify their own. Indeed, what is on offer is an implosion of the conventional dogma in the following terms:

“It is now clear that alliances do not produce peace but lead to war. Alliance making is an indicator that there is a danger of war in the near future. … This means that the attempt to balance power is itself part of the very behaviour that leads to war. This conclusion supports the earlier claim that power politics is an image of the world that encourages behaviour that helps bring about war. . . It is now known that alliances, no matter what their form, do not bring about peace …”

While it might be the case that the foregoing concerns will be dismissed as merely too academic, or too philosophical, or both, to be at all relevant to defence policy, such a response is puerile. Alliances and the obligations which flow from them are first and foremost political arrangements expressing an adversarial disposition – they are always against someone and that someone is defined by the dominant member(s). Subordinate and dependent members automatically acquire the antagonism by association regardless of whether they would have it otherwise.

And yet it is a common, enthusiastically undertaken, normalised, multi-dimensional recourse under the influence of which Australia has, one way and another, agreed to seek security through the gross conceptions of another.

Michael McKinley is a member of the Emeritus Faculty, The Australian National University. Formerly he taught International Relations (Strategy, Diplomacy and International Conflict) at the University of Western Australia and the ANU.