Australia is courting offence rather than, as governments so often assert, defence – a transformation which might only charitably be attributed to absent mindedness if the alternative, stealth, is excluded. It is, moreover, a change wrought, in the first instance, as a consequence of the ways in which Australia thinks about its national defence, but also of both the logic and the inherent dangers arising from and within the Australia – US alliance. While an extraordinary number of avenues of inquiry are possible, there are four which are pursued, the drift to offence itself, followed by, second, the emergence of the “post-democratic” military and security complex in the US; third, the strategic dimension to the Trans-Pacific Partnership Agreement, and fourth, Australia’s developing relationship with NATO.

Part 1: The Total Unacceptability of Absent-Mindedness:  Australia’s Drift from a Defence to an Offence Policy.

From time to time inattentiveness is offered as the excuse for the emergence of a particularly dangerous and ultimately ruinous situation. Among the more notable offerings in this genre are J.R. Seeley’s explanation that Britain “conquered half the world in a fit of absence of mind,” and, more recently Sheldon Wolin’s portrait of the undemocratic state of American politics as “inverted totalitarianism” being achieved by “power-holders and citizens who often seem unaware of the deeper consequences of their actions and inactions.”

Some, many no doubt, might find the respective arguments of these outstanding scholars compelling, but they seem, to this writer at least, to ignore a crucial point: on the one hand those orchestrating strategy and policy direction are held to be the best and the brightest of the commercial and trading world while, on the other, oblivious to the consequences of the conditions which are so profitable for them. They, so to speak, never give them a second thought. In short, this disposition defies belief.

In the hope that future historians of Australian Defence and Foreign policies will not be tempted to write in the same vein, we might begin by bringing to the fore existing trends which will inevitably have an impact on Australia’s defence should they develop – as they seem likely to do. What is presented below and in the subsequent three parts is a cameo of the present which pays a little homage to the past and sketches the future if the cameo’s features remain in place.

When reflected on for consistency of theme the analyses and commentaries, mainly on this blog site but elsewhere, point to an accelerated and dangerous unmooring of the national interest across several areas of policy and strategy. They are, furthermore, unprecedented in the discourse on the subject: overall, the respective contributions are authored in the main by former senior public servants, of long service, experience, and distinction – people successive governments have relied upon and who, in certain cases, are still consulted for their counsel. Without any exaggeration, they may be rightly described as sober-minded and not given to credulity. Of all professionals in the country, and at their best, they came closest to those that Yeats described as having the gift “to set the statesman right.”

What also commends them to urgent and substantial attention in that their critiques of strategy and policy are comprehensive, specifically when directed against the 2016 Australian Defence White Paper. In the light of their previous publication, and their encompassing width, their critique need only be summarised at this point. The first three are what might be called the framing pathologies of Australian Foreign and Defence policies: public and political inattention driven by narrow domestic political considerations when they are to the fore; the over-determination of foreign policy by military / security policy – itself a logical outcome of the militarisation of Australian nationalism and the writing of Australian history, and overwhelmingly framed by subservience to a United States which existed in a bi-polar past that has long gone and thus lacking in independence.

Under this aegis, and by extension, Foreign and Defence Policy are: areas of a willed ignorance approaching illiteracy in strategic geography; the same willed ignorance applies to the challenges and dynamics of Asia; a refracted view through the broader alliance relationships with the US of China-as-threat; and in default of the imperative to concentrate on the issues and problems of the Asia-Pacific region and to discriminate among them – the South China Sea sovereignty disputes being not only a prime example of the aforementioned pathologies, but a potential area for Australia being manipulated into war. Exacerbating this condition is the readily observable fact that they show no signs of abating, or being addressed; indeed, as subsequent analysis will indicate, they are intensifying.

For any document, like the Defence White Paper, hailed as the most comprehensive of its type these ought logically to be faults mandating disqualification. Moreover, the schedule of faults canvassed to this point is radically incomplete. Unusually, for a document that should be conservatively expressed and matter-of-fact, it is littered with unjustified superlatives. Another infestation throughout it is the tongue of neoliberalism – “investment” and the appeal to private enterprise as authorities on matters financial. These pall, however, alongside the clearly expressed intentions to support the US and its allies anywhere in the world – effectively, this entails a decision to out-source Australian strategic analysis to the Pentagon, White House, and the Beltway. [Here, the abject failure of US interventions and invasions over the last 70 years is not even mentioned].

Then we find that, notwithstanding this loss of both long-term and short-term memory, the ADF is to become “a more capable, agile and potent force.”  Everything, to use the word found throughout the document, is to be “enhanced” and lifted beyond the mundane levels of yesteryear and today (caused by receiving too few resources of the right type). Conclusion: if we attribute a personality to the ADF, it is to be transformed into an athlete on steroids and Viagra, but suffering from Alzheimer’s.

Unfortunately, this is to be expected. In matters of national defence, Australia seems never to enjoy other than a “fretful sleep” – essentially a form of a barely suspended consciousness of anxiety, no matter the circumstances. Its symptoms present in interrelated but historically consistent forms: the former ambassador to the United States, and Secretary of the Australian Department of Foreign Affairs, Alan Renouf, wrote of them as producing The Frightened Country. Just over a quarter of a century later, Hugh White wrote that Australian public discourse on national security in the post 9-11 world is, even more than previously, dominated by primal and pre-rational fears on the one hand, and primal ambitions vicariously acquired through the alliance with the United States on the other. It is in all likelihood a form of disorder which is incurable and produces policies that are unsurprisingly “infused with irrationality” (Arena, April-May 2005).

Following Renouf and White we had well-informed descriptions of the politics of national security as being “dangerous,” and of the Defence Policy itself as “incredible.” To these the public and political response has been subdued. Not even the 2014 publication of former Prime Minster, Malcolm Fraser’s Dangerous Allies disturbed the general torpor. Worse, given this political milieu, the decision to authorise the deployment of the Australian armed forces remains, quintessentially and in practice, contrary to the national interest and undemocratic because it is now a jealously guarded prerogative of the Executive and not the Parliament. In and of itself this milieu has allowed for Australian governments to act unaccountably, irresponsibly, and out of time. The situation. however, is fluid and unlikely to reward this indulgence in the future. Australian Defence Policy cannot, as a matter of prudence, tolerate a two universe public – an engaged expert community operating on evidence and arguments, and a policy-making community reliant on, to recall Richard Butler, “faith and a blind eye.”

Parts 2, 3 and 4 will be posted over the next three days.

Dr. Michael McKinley formerly taught International Relations and Strategy at the Universities of Western Australia and the Australian National University; he is now a Visiting Fellow in the College of Arts and Social Sciences, ANU. 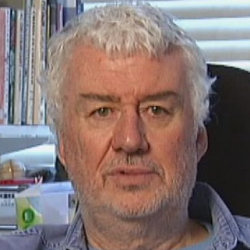