The Solomons have quite simply forgotten their place 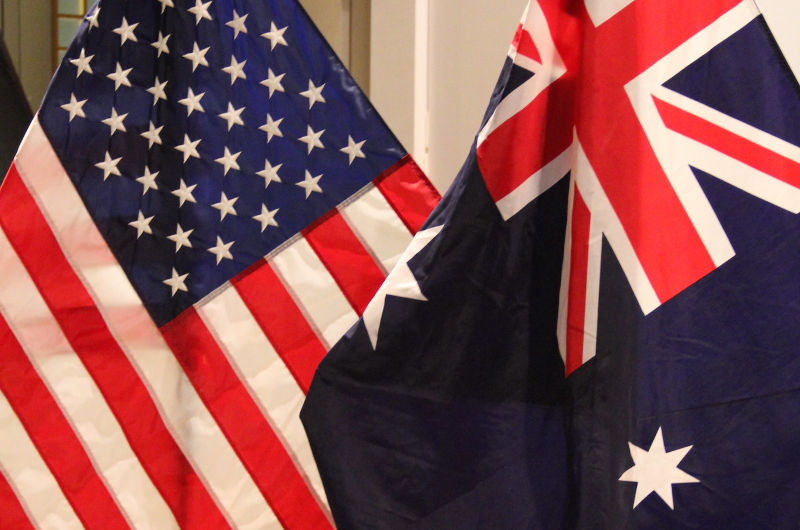 Australian and US reactions to date have been predictable and demeaning. Image: Flickr / Exchange Photos

The disciplines and sub-disciples of Political Science and International Relations are frequently embarrassed by their collective inabilities to provide comprehensive understandings of events ostensibly within their purview because, as disciplines, they suffer from constrained, even constipated imaginations.

The current imbroglio concerning the agreement between the People’s Republic of China and the Solomon Islands is such an occasion despite the fact that the specific detail of the said agreement has yet to be published. Or rather, it has produced a cluster of such occasions all with confusions and contradictions.

Indeed, there is a core of truth in Christopher Hitchens’ observation (before he went over to the dark side) that where governance, strategy, diplomacy and espionage intersect, conventional academic approaches are stultifying smf need to cede their respective grounds and forge the type of understandings that come second nature to novelists.

Foremost among the clusters – and there is acute competition for a place on the podium – is the affront taken by Australia and the United States to an action which, however unwelcome it might be, is a legal exercise of sovereignty by a democratically elected government. Australia’s outrage is also conjoined with a sense of being existentially threatened: a major foreign military power has extended its reach and presence into what it sees as its sphere of influence and thus disrupts the traditional regional balance of power. Red lines have been crossed and the talk is of the need to prepare for war.

Purely at the level of concept, principle, and grievance (and nothing more), is this not familiar? And is not familiar because, right now, it is Putinesque?

In taking it, however, the Solomons breached their allotted place in the class system of global politics; indeed, it would be more accurate to describe it a case system in which the island states of the South Pacific are treated as politically, economically and socially distinct – which translates as inferior – by those who have acquired privilege and power in a stratified system and are intent on maintaining both.

To challenge the notion and associated practices of the South Pacific as an American-Australian lake is, therefore, unacceptable. The Solomons have, quite simply, forgotten their place.

The answers to these questions go the heart of judging the competence of both the intelligence community and the Government. In various media reports, answers abound to these but they do not serve to clarify the record. The Prime Minister, Scott Morrison, typically, increased the opacity of the situation by saying that the Government had “known for some time the risks of such a deal coming about” but that leaves open the question as to whether he was referring to a concern regarding China’s attempts to conclude a generic agreement in the region, or this particular agreement. In any case, also typically, he has refused to provide any further detail.

If the content of an online article published by new.com.au, is accurate, then advance warning of the agreement was provided by the Solomon Islands Leader of the Opposition to the Australian High Commissioner in Honiara as early as August 2021.
This accords with other reports anonymously sourced from within the Australian intelligence community to the effect that it knew of the agreement for some months and are to be given credit for an adviser to the Malaita Province Premier publishing a draft of it online on 24 March 2022.

This poses an extraordinary and immediate problem for the Government: both the Foreign Minister, Marise Payne, and the Minister for International Development and the Pacific, Zed Seselja, claim they had no knowledge of the agreement before it was published online.

If the above accounts are to be believed, then both Ministers were denied access to intelligence that was essential for them to discharge their respective responsibilities; moreover, this could only have happened with the express approval of the Prime Minister.
Or is it possible that the relevant intelligence agencies withheld the totality of what they knew of the agreement from both the Prime Minister and the responsible Ministers?

To make matters worse, even when the contents of the draft agreement were known to all concerned, and understood to be serious, there has been no explanation as why it took the Government nearly three weeks to send a junior emissary (Seselja) to Honiara to discuss Australia’s concerns with the Solomon Islands Prime Minister, Manasseh Sogavare.

This, it has to be said, is only indicative of the catalogue of broken and bizarre politics attending this issue.

Why Australian intelligence are so proud of the draft agreement being published by a named Solomon Islands citizen – and thus endangering him – is a departure from standard operating procedures. Surely within the Five Eyes relationships it has learned how, for example, the British intelligence services have over the years perfected the means by which sensitive material is placed in the media without compromising the identity of original source.

And what of the pronouncements of the Defence Minister, Peter Dutton? He apparently has gleaned from whatever sources he is in contact with that the agreement was the result of the Solomon Islands leadership being bribed. Is this a gratuitous insult which will prejudice future relations between Canberra and Honiara, or, given the history of corruption in the current LNP Government is it an attempted compliment and inspired intervention?

And the possible consequences of the agreement itself? It has the potential, “if worst came to worst,” to cut Australia off from the US. This is the considered view of James Carouso, former acting-US ambassador to Australia, and now Australian chair for the Washington-based Center for Strategic and International Studies.

How it might be that a Chinese naval presence 1,400 miles from (say) Brisbane and almost certainly subjected to interdiction along a line of communication over 3,500 miles from China might’ve been an interesting basis before spruiking such a claim.

And so might the fact that the main parties objecting to the Solomon Islands initiative have enjoyed lucrative economic relations with China and to an extent which Pacific Island nations can only dream of.

Australian and US reactions to date have been predictable and demeaning. Both have responded as paternalistic tropes, especially the latter. All manner of goods and blessings are to be bestowed on the Solomons if only they renounce their prodigality. A fair inference is to conclude that the Solomons is fundamentally a fully subscribed member of the Cargo Cult and will sever its new ties with China because Washington has outbid Beijing.

And might it be that some wise heads in the Pacific, and even in the Solomons, will watch the 1959 satirical movie, The Mouse That Roared, which starred the comic genius, Peter Sellers, and discover a few parallels and hone their diplomatic skills Among them a 4-stage template which requires only that you (1) engage in acts which antagonise the US; (2) compromise, but not abjectly; (3) accept the largesse which is offered if it is in sufficient quantities and meets requirements; (4) regard it as a development strategy.