Against the backdrop of a rising China, positive news out of the region is being undermined by several major crises.

There was much to celebrate with the Association of Southeast Asian Nations marking its 50thbirthday on Aug. 8. The original group of five: Singapore, Indonesia, Thailand, Malaysia and the Philippines has since expanded to include Vietnam, Cambodia, Laos, Brunei and Myanmar, becoming the world’s fifth largest trading block and largely ensuring peaceful relations between member states.

That the grouping has held together can be seen as a strength, contrasting with Brexit and the ugly nationalism now rearing its head in Europe. However, critics point to the bloc’s lack of a central bureaucracy or common currency as well as the movement of people across borders being marred by human trafficking and exploitation.

The Southeast Asian region has seen devastating conflicts such as the war between the United States and Vietnam and Laos and the appalling genocide during Cambodia’s Khmer Rouge period.

And it is now facing a twofold test.

The first is to maintain cohesion in the face of China’s rapidly rising economic and military power. This is most particularly apparent in the South China Sea where Xi Jinping’s regime in Beijing is in dispute with four of ASEAN’s member states. China has easily co-opted Laos and Cambodia, increasingly economic client states, despite the fact that both have had stronger ties to Vietnam in recent decades. And in the past year Malaysia, Thailand and the Philippines have begun to tilt to varying degrees away from the US and towards China.

The second test is largely internal and therefore more fundamental to the group’s efficacy and long-term success. The region’s record on religious and ethnic persecution has been deteriorating in recent years and is now, arguably, plumbing fresh depths.

Southeast Asia is the most ethnically and culturally diverse region in the world.

Indonesia, for example, has more than 700 spoken languages and Myanmar at least 135 ethnic groups. And the region is at the crossroads of the world’s big four religions with an estimated 240 million Muslims, 140 million Buddhists, 130 million Christians and 7 million Hindus due to successive waves of migration and colonization during the past millennium.

The region’s toxic cocktail of limited institutional progress, as well as a rise of Islamic fundamentalism and ethnic nationalism, has seen increased religious persecution. And ethnic tensions, bubbling beneath the surface for decades, are surfacing once more.

Despite vastly improved economic links and generally good intentions, the past 20 years has seen a disappointing resilience — in some cases a disturbing re-emergence — of authoritarian regimes.

Indonesia alone has a fair and properly functioning democracy with leaders abiding by the nation’s laws.

The gap, in every country except Singapore, between numerically small elites and often-impoverished masses continues generally to widen. In many places this has come amid a lack of independent legal systems and rampant corruption.

Such factors have exacerbated the problem of cross-border movements. As of 2015, a total of 284,949 refugees and asylum seekers were registered in Cambodia, Indonesia, Malaysia, Thailand and Philippines (UNHCR, 2017), the only member states for which records are available.

However, the real numbers are considerably higher and there are at least 100,000 refugees from Myanmar in Bangladesh, possibly double or even triple that number, according to estimates.

The appalling situation in Myanmar has seen a flood of ethnic Rohingya Muslim refugees from its western Rakhine State become the region’s biggest humanitarian crisis since the Vietnam/Laos/Cambodia wars of the 1960s and 1970s. Rohingya numbers are estimated at between 1 and 1.3 million with the vast majority stateless, not recognized as citizens by Myanmar’s overwhelming Buddhist government. This arises from a complex web of historical, ethnic and religious factors.

As well, civil wars continue to plague many ethnic-minority states in Myanmar, particularly in northern, mainly Christian, Kachin State. This conflict has spread into the northern part of neighboring Shan State. Since hostilities resumed in 2011, following a 17-year ceasefire. An unspecified number of people have been killed and about 130,000 people now live in internally displaced person’s camps. Most of the camps are run by the Baptist and Catholic churches.

Somewhat forgotten is another 100,000 or so refugees remaining in nine camps in Thailand near the borders of Kayah and Karen states. They are victims of conflicts in the 1990s. Exact numbers are hard to pin down due to continued movement in and out of the facilities.

Outside Myanmar, there are two significant and long running civil wars. The first is the battle between independence fighters in three of Thailand’s southern-most provinces and the Thai military. This conflict has been running for 13 years with 8,000 people killed. No end is in sight.

Secondly, there is the long running conflict between largely Muslim groups and the Philippine military in the populous southern province of Mindanao, where about 5 million of the 30 million people follow Islam. The situation has taken a more religious turn with a number of militant groups pledging alliance to the so-called Islamic State. In May, two groups joined together to lay siege to Marawi, the Philippines’ largest Muslim city with a population of about 300,000. Most of its inhabitants have fled. A hundred or so insurgents, using captives including a Catholic priest as human shields, continue to battle the military.

The region has been the recipient of billions of dollars of investment and aid from Saudi Arabia, including huge licks of funding to promote the dangerous fundamentalist message of its Wahhabi Islamic creed.

On the back of this have been growing signs of radicalization in Indonesia in recent years. This has included anti-Christian attacks.

And the Muslim leadership in Malaysia is continuing to pour money into the funding of mosques and education in the eastern, once Christian, states of Sabah and Sarawak.

The oil rich state of Brunei, sharing the island of Borneo, is now under Shariah.

Intra-national strife in the region’s largest Muslim nation, Indonesia, is not off the cards either. Jakarta has already faced the threat of regional fundamentalism, including an insurgency in the province of Aceh on the northwest tip of Sumatra. There has also been Muslim versus Christian strife on the islands of Ambon and Lombok.

On the broad issue of China’s inevitable and continuing rise, ASEAN is limited in the degree of control and influence it can bring to bear. However, it can and must do much more to stem growing ethic and religious nationalism as well as the existential threat of fundamentalism amongst all religions.

This article was first published in ucanews.com on 15 August  2017

Michael Sainsbury is a Journalist & Photographer based in Manila. 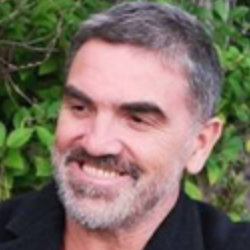