Michael Thorn. Will a sugar tax drive you to drink?

Imposing a tax on sugar-sweetened beverages has become the go-to policy for health and medical advocates wanting an effective population-wide intervention to deal with the world’s growing problem of obesity and poor diet.

A number of countries and jurisdictions have imposed sugar taxes in recent times and many more are proposing to do so, including notably in Britain. The research evidence is positive and evaluations in places such as Mexico are already showing beneficial effects.

In Australia, the advocacy has seen the idea gain increasing traction, with Fairfax media now campaigning in support of a sugar tax.

Corrective taxes were first described by British economist AC Pigou in the early part of the 20th Century, and have proven highly effective, notably for tobacco and alcohol, as they kill two birds with one stone – they raise revenues and reduce consumption.

These revenues are then available to respond to the harm caused by these behaviours – smoking and drinking – providing services, and perhaps more importantly, funding enduring harm prevention programs.

However, the idea of a sugar tax in this country has been fiercely resisted by the food and sugar industries. Rural politicians go completely feral whenever there is even a hint such a thing might be in the offing. They dispute the evidence of the benefits of corrective taxes, or worse, assert it to be false. The National Party would have us believe that the sky will fall in.

On the other hand, taxes have long been imposed on alcohol, but the current system of taxation has been continually criticized, for what the 2009 Henry Review described, as its incoherence. Henry’s review has prompted a decade of lobbying by FARE and other public health advocates, brewers, the distillers and a sizeable section of the wine industry, for a more equitable system of taxing alcohol.

In comparing alcohol and sugar taxes, economic modelling has shown alcohol taxes to be much more impactful, leading to questions about the intersection between the two.

A recent scientific paper by Quirmbach et. al., in the Journal of Epidemiology and Community (Effect of increasing the price of sugar-sweetened beverages on alcoholic beverage purchases: an economic analysis of sales data, January 2018) set out to test whether a sugar tax might impact on other behaviours affecting public health, along with whether such a tax would prompt people to choose no- or low-calorie drinks. The study reported that increasing the price of sugary drinks may lead to an increase of some alcoholic beverages.

This finding was examined by the Centre for Alcohol Policy Research’s (CAPR) Professor Robin Room and Dr Heng Jiang (The Conversation, February 2018) and found to not to be as it seemed. Quirmbach et. al., ‘did not find that a sugar tax, let alone higher soft drink prices, caused people to drink more lager, as news reports suggest. In fact, the study provided no direct evidence a sugar tax will lead alcohol sales to increase.’

But the story of alcohol and obesity is more nuanced. A 2013 meta-analysis by CAPR’s Manton found it to be unclear whether alcohol consumption is a risk factor for weight gain because studies performed have found positive, negative and no associations.

This means, in short, drinking adds to body weight for some, but not others.

In the work on what is driving worldwide weight gain, sugar has been identified as a chief cause. However, in his book Sweet Poison (2008), David Gillespie claimed some forms of sugar are worse than others. He singles out fructose, particularly its addition to food and beverages, as the critical villain, making the point that the body struggles to feel satiated after consuming foods high in fructose.

What does this mean for public health policy advocacy?

In short, the case for a tax on sugar-sweetened beverages remains sound and evidence that price increases would be nullified by the consumption of more alcohol is weak.

Alcohol is not fructose, but it is close to pure energy, and an intoxicant, and along with sugar, is among the highest risk factors for chronic disease.

For this reason, Room and Jiang say Quirmbach’s paper has made ‘an unspoken contribution’ to counting the calories in alcoholic drinks, remembering that alcohol is pure energy and a can of full-strength beer contains more calories than a can of Coke.

The debate has focused attention on the ludicrous situation in this country where food products must carry ‘nutrition’ labels yet alcohol products do not, even though alcohol has a high calorific content.

This is an issue currently before the Council of Australian Governments’ (COAG) Forum on Food Regulation (FoFR). What FoFR needs to do is to do is mandate health warnings for alcohol, including adding information about each container’s calorific content.

Consumers would then be better informed about possible risks to weight gain, plus be made aware of all the other health risks associated with consuming alcohol.

Meanwhile, imposing a health levy on sugar-sweetened beverages and reforming the way wine is taxed would be a good step towards reducing the burden of chronic disease in Australia.

By Michael Thorn, Chief Executive of the Foundation for Alcohol Research and Education (FARE) and campaign lead for Prevention 1st (@Prevention1st), a campaign to public health back on the political agenda sponsored by FARE, the Public Health Association of Australia, the Consumer Health Forum and Dementia Australia. 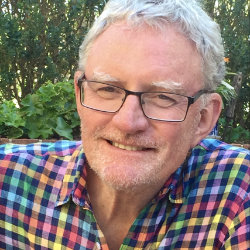