No amount of royal fairy dust or ministerial speech-making at the Invictus Games can hide the abject failure of successive Australian governments to fulfil their moral responsibility to veterans.

In June, the seventy two members of Australia’s 2018 Invictus Team were announced. Speaking at the event, Darren Chester, Minister for Veterans’ Affairs, said, “We should never forget the sacrifice that has been made for us by our serving men and women.”

The Invictus Games were created by Prince Harry in 2014 for wounded, injured and ill current and former military service personnel. Invictus is Latin for ‘unconquered.’

Doug Steley, spokesperson for the Veteran Chalk Challenge, commented on my previous piece about the Games:

“I am ambivalent and somewhat uneasy about these games, yes they are great for the people they are great for, but for the vast majority of wounded and injured veterans they do very little. They may even shame them that they cannot achieve as much as others.”

Mr Steley’s remarks highlight the mismatch between the triumphal image of the Games and the harsh reality of life after the military for many, if not most, Australian veterans.

Another clash between image and reality comes with the Invictus slogan, ‘For our wounded warriors,’ and the accompanying story of the Games:

“Most of us will never know the horrors of combat. Horrors so great that many servicemen and women suffer life-changing injuries, both visible and invisible, while serving their countries, while serving us.”

These words imply that the Invictus athletes were wounded fighting wars, but this is not so for all of them. It is hard to say for certain, as the information in the athlete profiles is inconsistent and in many cases lacks key details, but it appears about half of the Australian athletes do fit this description. The remainder were not wounded or made ill by combat, which doesn’t mean they shouldn’t be included but it does raise the question of why organisers chose a slogan and story that don’t encompass all competitors. This is not mere semantics. One consequence of this marketing decision has been that those athletes not injured/ill due to active combat have repeatedly had to justify their presence in the team.

Adding to the questions, the criteria that determined athlete selection lacks transparency and a number of athlete profiles omit sufficient detail to unequivocally verify the athletes’ eligibility. In at least one case, evidence suggests the athlete was not injured during a period of military service. None of these remarks is intended as criticism of the athletes. The responsibility for the ambiguous language, opaque selection process, and inconsistent profiles lies with Games organisers.

It would not have been difficult for the talented Invictus marketing minds to create an equally powerful slogan encompassing all participants. Nor should it have been onerous to publish their selection criteria and present athlete profiles in a uniform and more specific manner. Indeed the Invictus website contains several examples of detailed documents relating to employees, volunteers, media, and even the general public. Had Games organisers been equally transparent with their marketing material and athlete selection criteria such questions as, “You weren’t injured by war, why are you in the Games?” would not have had to be addressed by the athletes.

Another image vs reality mismatch is that the Royal presence, ambassadors, celebrity endorsements, Vogue features, chat show spots, abundant media coverage, Cobber the mascot, and Wiggles ditties, all the glitz, creates the impression that something significant is being done for our veterans. However for thousands of veterans the excitement and camaraderie of the Invictus Games is far removed from their grinding daily reality (One in five ADF personnel feel suicidal upon ending service). In its July 2018 submission to a Federal Government inquiry, the Vietnam Veterans Association of Australia said, “VVAA advocates dealing with serving members, particularly those with mental health issues, have identified in Defence a lack of empathy, support and understanding of the difficulties being experienced by the serviceman or women and there is at least an impression Defence want the problem individual to ‘go away.’”

Chronic problems of homelessness and suicide remain amongst veterans, covered in my last piece, yet there remains little reliable data on either issue and little appetite to fund necessary research. In a belated attempt to start addressing the pressing issue of veteran suicide, in August 2016 the Federal government announced a $3 million, three year suicide prevention trial in the ex-ADF community in Townsville. In May 2017, after a nine month wait, Operation Compass finally commenced.

Unemployment is a major contributor to veteran suicide rates. A 2017 report by WithYouWithMe estimates veteran unemployment to be 30.2 per cent, over five times the national average. Yet the Federal Government allocated just $4 million in this year’s budget for the Prime Minister’s Veterans’ Employment Program, with a further $4.3 million to come in two years’ time.

When announcing the Townsville suicide prevention trial, PM Malcolm Turnbull said, “We have to go beyond the memorials and the monuments and focus on the men and women, the real challenges they face—ensuring that they are supported.” Fine words, signifying nothing, when you contrast the slow progress and paltry sums above with the staggering amount Australia has spent commemorating the centenary of World War 1; over $550 million. This vast sum eclipses that spent by every other country, equating to a spend of A$8,889 for each of the 62,100 Australian deaths in World War 1, compared with the UK’s A$109 per death.

Former Australian commando Mick Bainbridge endured a long nasty battle in his transition out of the ADF, as seen on the ABC earlier this year. He is now studying law, is Vice President of RSL NSW, provides pro bono assistance to veterans, and exemplifies the Invictus tag. In an interview with Tom Ballard in April, he said, “I don’t think we’re looking after our veterans today particularly well.” He said the government shouldn’t send any more Australians overseas to fight if it isn’t going to look after the veterans we already have. Asked whether he would recommend young people join the armed forces, Bainbridge laughed and said no, but then more soberly responded, “Until the Defence Minister can stand up… and promise that [she’s] going to actually start looking after our service men and women then I would approach it cautiously.” Approach with caution is sound advice. The devastating story of the suicide of 32 year old Afghan war veteran Jesse Bird is but one example of the way DVA has abrogated its duty.

The government signs young people up, ingrains in them a whole new way of thinking and responding, then puts them in challenging often dangerous situations in which they are repeatedly at risk. Once they sign on the dotted line, Defence assumes control of their lives. Military personnel must be willing to kill another human being and be killed themselves. Given the unquestioning commitment this demands, the government then has no moral right to abandon its service people to a grim uncertain fate if they break down inside its system. It surely also has no right to spend over half a billion dollars lavishly and excessively commemorating long dead veterans while telling the broken but still alive veterans of today that there is no money for them to see a psychiatrist, re-educate themselves, or be assisted into a job.

Michelle Fahy is a writer and researcher, currently on staff with the Medical Association for Prevention of War. 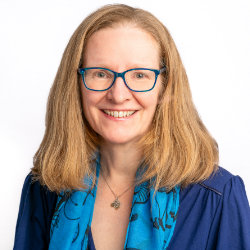