US or China style governance: which is best for its people? 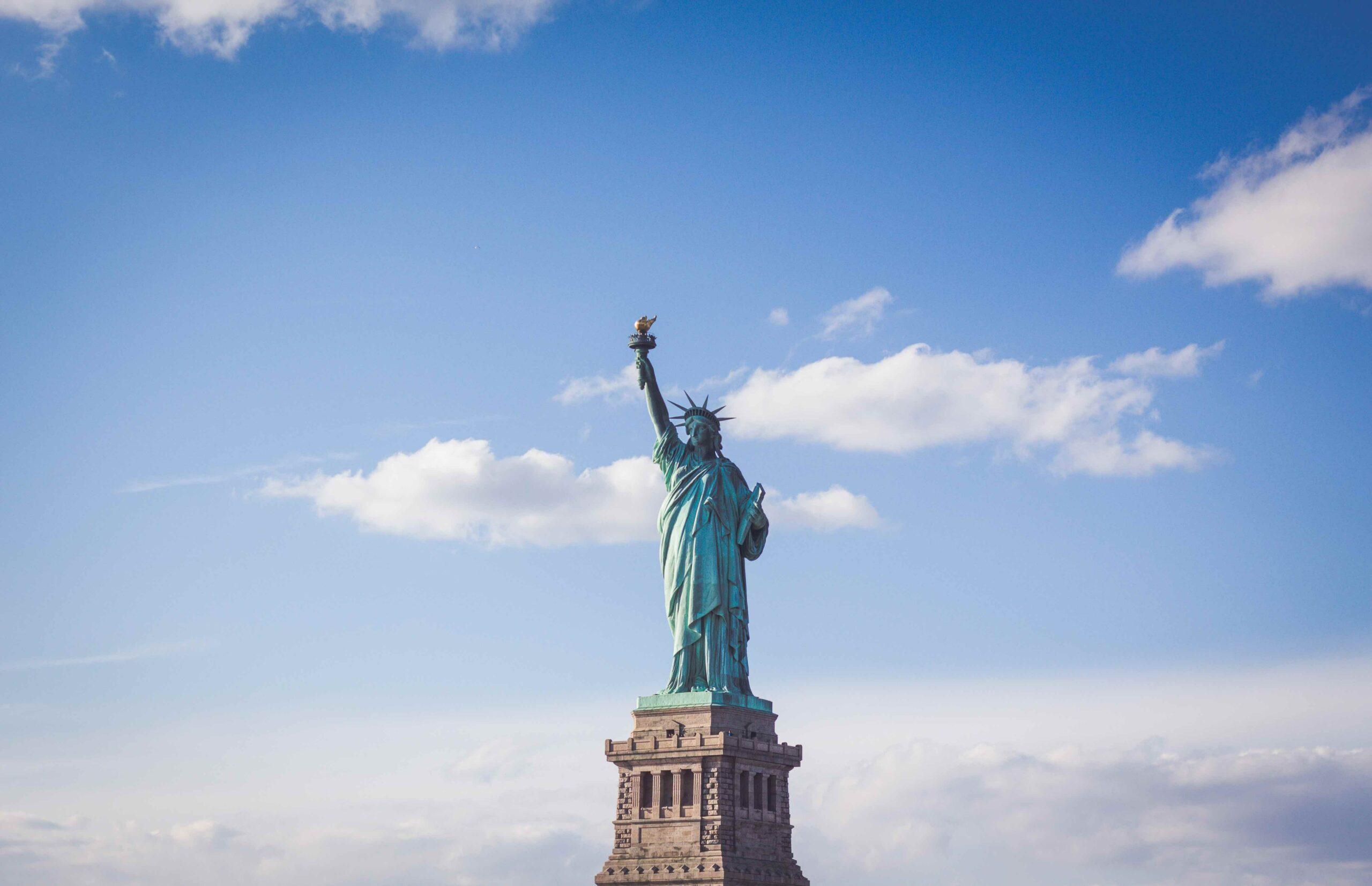 The US sees China as an enemy, and members of the US Congress compete to see who can appear the most belligerent against China. However, the Chinese have no missionary impulse to take over the world and have no expectations that other societies should become like them.

There can be no doubt that the predominant purpose of “effective governance” is to provide for the well-being of a nation’s people including their freedom, living standards, economic wellbeing, social security, education, health, peaceful existence, and the National Interest. Effective governance is not the exclusive domain of democratic forms of political organisation. The forceful leadership of Ronald Reagan and Margaret Thatcher in the 1980s played an important role in championing new ideas about economic management and political order.

In 1947, Winston Churchill said: “No one pretends that democracy is perfect or all-wise. Indeed, it has been said that democracy is the worst form of Government except for all those other forms that have been tried from time to time . . .”

Much more recently, in an article published in The Economist on 17 November 2020, Kishore Mahbubani wrote: “Paradoxically, a China-led order could turn out to be more ‘democratic’ because China does not seek to export its model, and it can live with a diverse, multipolar world.”

The Peace of Westphalia

In his book, World Order published in 2014, Henry Kissinger talks about the Peace of Westphalia which emerged following the Thirty Years’ War of 1618-48 in Central Europe. The exhausted participants met to define a set of arrangements to end Europe’s bloodletting. The Peace of Westphalia relied upon a system of independent states refraining from interference in each other’s domestic affairs. Each state would be recognised as a sovereign power, and each would refrain from challenging the existence of others. As Kissinger said, “Westphalian principals are, at this writing, the sole generally recognised basis of what exists of a world order.”  When Europe entered World War I, “The collapse of international order was essentially a tale of abdication, even suicide.” In his concluding chapter Kissinger argues that world order cannot be achieved by any one country acting alone.

John Mearsheimer writes that respect for sovereignty is the most significant norm in international politics. Its purpose is to minimise war and to facilitate peaceful relations among states. The first sentence of Article I of the United Nations Charter states that the goal of the UN is “to maintain international peace and security”. The first sentence of Article II states that “The Organisation is based on the principle of the sovereign equality of all its members.” In the late 1980s, as the Cold War ended states around the globe embraced sovereignty, but this was eroding by the mid-1990s, mainly because the US started to interfere in the politics of other countries.

Recently, US Secretary of State, Antony Blinken talked of the US commitment to strengthening the “rules-based international order”, saying that the alternative was a world in which “might makes right”. However, the US asserts its might to make right whenever it suits its own convenience. What then are the “rules-based international orders”? Some refer to them simply as a set of rules, usually devised by great powers which they (mostly) agree to follow.

The future contest to set the rules will be determined primarily by which country, the US or China has more hard power in the form of economic, technological, and military strength. China will have great influence over the rules of the international system, but neither it nor the US will be able to act alone. While the US has played, and continues to play a leading and valuable international role, it does not always support the rules. For example, it has not ratified the United Nations Convention on the Law of the Sea (even though it persists in conducting “freedom of navigation operations” in the South China Sea).

The essential differences between the American and Chinese conceptions are these:

There is no evidence to indicate that the Chinese engage in compelling or persuading countries to follow their system. Not a single nation has adopted the China model due to Chinese compulsion, nor has China attempted to turn any existing democracies into a one-party state. The suggestion that Beijing is attempting to control other countries by entrapping them in debt is unsupported by the facts and is essentially “claptrap”!

The belief in the West that the Communist Party is illegitimate because it is authoritarian ignores the fact that the lives of 1.4 billion Chinese people have been transformed, with hundreds of millions being lifted out of poverty. China’s model of development has proven to be suited to its needs. The multi-party, adversarial democracy of the West does not fit the bill for China.

Neither the US nor China poses a genuine threat to the other’s sovereignty or independence. Each is too large and too powerful to impose its will on the other, and neither country is likely, or able to convert the other to its preferred political ideology.

Non-democratic leaders (of many governments around the world) may prefer a world order which gives each state the right to determine its own system of governance. China’s willingness to provide development assistance without demanding domestic reforms appeals to these states which do not share China’s system. As a result, China is free to do business with democracies, dictatorships, and monarchies, and to tailor its relations with each according to local conditions. According to John Keane, China is neither an autocracy nor a tyranny and the survival of the regime depends upon retaining public support. Those who speak of China as a “bully” should remember that the US remains the world’s “commander-in-chief” with military bases and installations in 150 countries, and it spends more on its armed forces than the next 10 countries combined.

The past two decades have been difficult for many democracies. The US stumbled into several costly and unsuccessful wars, it triggered the global financial crisis, and it currently faces a level of dysfunction and partisan division unseen since its Civil War. President Biden has vowed not to allow China to become “The leading country in the world, the wealthiest country in the world and the most powerful country in the world”. Coming from a man of Biden’s standing, dignity, and experience, that is a disappointing statement although it will play well to his domestic voting public. The anti-Asian violence currently experienced in USA is unsurprising having regard to the extraordinary hostility with which the US has targeted China during recent years. Despite that, China is on track to double its economy by 2035 and is on pace to overtake the US economy by 2028, according to Bank of America Global Research.

Instead of the “existential threat” theatrics, President Biden should start talking to, instead of talking past President Xi Jinping. The US is thought by many to be in a state of relative decline. However, China’s state guided economic development has transformed China and the “China model” is emerging as a possible template for economic development. “Communist” China no longer exists and communism as an ideology is dead in China.

Under current circumstances, it is quite realistic to think that China’s approach to world order could eventually displace US liberal ideals, and the foundations underlying global institutions may gradually revert back to a more Westphalian character. However, even then, it is unlikely that many states will be indifferent to moral issues and displays of brutality or would disregard the lives of innocent people. However, intervention in those circumstances must be guided by the United Nations, and not by unilateral action of any one state.

The US sees China as an enemy, and members of the US Congress compete to see who can appear the most belligerent against China. However, the Chinese have no missionary impulse to take over the world and have no expectations that other societies should become like them.  Deep in the unconscious of the Western psyche is an inchoate but real fear of the “yellow peril” and America’s reactions to China’s rise are influenced by this emotional response. Most Americans may dispute this, but many Asians would agree.

Nevertheless, there are opportunities and grounds for cooperation and even optimism: 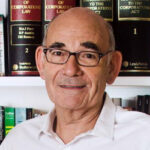 Mike Lyons is a Sydney lawyer. He researches and writes on Geopolitics and the search for World Peace. His writings are published at www.inmyopinion.co