Militarism has become the norm. We need a civil revival

Military governors headed our first colonial settlements and led the Frontier Wars to dispossess the indigenous people. I thought we had outgrown that military relic. But not so. We are back with military governor’s general rewarded for their service in Afghanistan. The military are being intruded into more and more of our civil life.

The never-ending stories of Gallipoli, the Western front and Armistice go on and on. We celebrate war on a scale that no other country does. Government ministers,  Veterans Affairs, the Australian War Memorial and the media imbedded in the military complex can’t contain themselves.

Public occasions are invariably backgrounded by numerous flags  with  military uniforms on display. Our poorly funded fire fighters now have to call on the military. The military are even enrolled in a pandemic instead of the police.

Australia Day should be a civilian celebration of our multicultural success. But even then the military are there on queue. They back the citizenship celebrations in Canberra with a gun salute and march past. The Navy is conspicuous on Sydney Harbour and we have an RAAF fly past. The military drown out all the mixed groups around Australia who quietly celebrate our real successes, the richness of our civil society with its diversity and social harmony.

We have a  government boasting that it has plans for Australia to become one of the top 10 worlds arms suppliers. This is at the same time as we have announced dramatic cuts in our humanitarian aid program that saves lives. We are to export more military equipment to kill and maim.  Our allies like the Saudis and the UAE welcome our support as they inflict terrible suffering on the people of Yemen. Even a  retired Australian general  served the UAE military.

When we arrive at our airports we see our Australian Border Force decked out in military-style black uniforms. They intentionally look part of the Australian Defence Force instead of Customs and Immigration officers. There is clearly a message being conveyed. We need to act more like the military

The government runs many scare campaigns, particularly the ‘continuing war’ against ‘illegal’ asylum seekers and terrorists. The language is clear, we were at war with asylum seekers in their rickety boats. Scott Morrison describes Operation Sovereign Borders run by the Navy as a ‘military-led border security operation’. He adds that the battle against people-smugglers ‘is being fought using the full arsenal of measures’. Peter Dutton tells us that a military look-alike called Border Force is more important than ever.

Many of us had hoped that at last, we were putting to an end the appointment of the Australian military as vice-regal representatives in Australia. But we are back-tracking on that with the two latest Governors General being army generals. The military is the norm.

Our aid programs have been progressively militarised. AIDWATCH has reported that our ‘military forces manipulate humanitarian aid in order to achieve tactical and political objectives. While the military can play an important role in the immediate aftermath of a humanitarian crisis, particularly through the provision of transport and creating a secure environment, researchers have found that militarised aid is not effective and can cause harm to local communities and aid workers’. It added ‘All Australian government activities in Afghanistan that are related to Operation Slipper – whether delivered by the ADF, AFP or Ausaid – are not aid.’ At a Senate Inquiry into Australia’s aid program to Afghanistan in December 2012 it revealed almost $200 million in military spending being reported as “aid”. The acknowledgement raised serious concerns about the close relationship between aid and Australian military and police forces in Afghanistan.’

The militarisation of Australia and our conditioning has been most evident in the extravagant celebration of the Centenary of the Gallipoli invasion and WWI. The Australian War Memorial  orchestrated a well-funded campaign across the country, including schools, to depict WWI as the starting point of our history, our coming of age. Our media loved it. The AWM celebrates war by accepting generous funding from arms suppliers, the ‘agents of death’ as Pope Francis calls them. It is grotesque that the AWM accepts money and sponsorship from arms suppliers. The agents of death are well and truly within the citadel. They even fund the Invictus Games, the same people that produce the weapons to maim and kill. Don’t we care?

And then the government agrees, with the complicity of the ALP to fund another $500 m for the ego trip of a former  Director of the AWM. When will we get the AWM back on the rails? When will it include memorials to the tens of thousands of indigenous people who were killed in the Frontier Wars? When will it acknowledge that the Anzac ‘legend’ did not begin at Gallipoli but when Australians went to New Zealand to fight in the Maori Wars 1845-1872.

We are encouraged to celebrate the disastrous Gallipoli invasion and forget our great civilian and peacetime achievements in the decades just before 1900 and in the subsequent decade. There were remarkable civilian achievements; federation, the national parliament, a living wage, rights for women and an Australian ballot. We were world leaders in these and other civilian achievements but we are encouraged to forget them so we can focus on our military history and valour. That suited conservatives. And it still does.

WW1 divided Australia as never before, between Irish and English, Catholics and Protestants. It was hardly nation-building!

So much of this glorification of war serves the purpose of avoiding the hard question of WHY we fight in so many futile imperial  foreign wars that are of no concern of ours. Instead we absorb ourselves in the issue of HOW our heroes fought. We fought in WWI as an Australian IMPERIAL Force so that at some future date the Empire would save White Australia from the hordes in Asia. And the Empire failed us. It is nonsense to say we fought in WWI for democracy and oar way of life. We fought for Britain’s economic interest.

Our foreign policy has now  become subjected to our military dependence on the US.  We are at the beck and call of the US military,  regardless of our own interests.  With interoperability of equipment and personnel we are locked into the US war machine. We are dragooned time and time again into US disasters– Vietnam, Iraq,  Syria and Afghanistan. We have ceded our sovereignty to the US government and its controlling military elites. Yet we are told to fear Chinese influence!

Malcolm Fraser warned us that the US is a ‘dangerous ally’. The US has many attractive features but war seems to be in its DNA. Since its independence in 1776, the US has been at war 93% of that time. It has never had a decade without war. It has launched 201 out of 248 armed conflicts since the end of WWII and maintains over 700 military bases around the world in more than 100 countries. Many of those bases border China. Former President Eisenhower warned Americans about the industrial and military complex in the US. The warning should be for us as well as for the Americans about the militarisation of civilian institutions and values. Our foreign policy has been eclipsed by our mistaken military adventures and dependence on the US. Our Department of Foreign and Trade is sidelined by our military and intelligence complex.It has little influence.

And now our unsupervised intelligence agencies are promoting a China panic  to boost their budgets and prepare us for the coming cold war with China.

There is great danger that the militarisation of Australian history and our ready acceptance of the military as the accepted norm will lead us to more and more tragedy. We used to believe that committing our country to war was the most serious thing that any government could ever do. That is no more. We go to war without even the Australian parliament being consulted. And the ALP concurs.

Henry Reynolds in this blog ‘Militarism marches on’, warned us ‘The threshold Australian governments need to cross in order to send forces overseas is perilously low. Because there has never been an assessment of why Australia has been so often involved in war, young people must get the impression that war is a natural and inescapable part of national life. It is what we do and we are good at it. We ‘punch above our weight’. War is treated as though it provides the venue and the occasion for Australian heroism and martial virtuosity. While there is much talk of dying, or more commonly of sacrifice, there is little mention of killing and never any assessment of the carnage visited on distant countries in our name.’

Blink and we miss another military festival in Australia. Are there so few civic achievements to be proud of?

Anzakery has been with us since Charles Bean and Keith Murdoch persuaded us that we should not ask WHY we are involved in wars but how brave our soldiers were. And they were brave.

But it draws us away from the basic question, WHY we fight so many futile and cruel wars from the Frontier Wars to the Maori Wars ,to the Boer War to Gallipoli and the Somme to Vietnam to Iraq  to Syria and now Afghanistan. Will the next one be Taiwan in aid of the  imperial power we attach ourselves to?

Militarism is becoming more and more pervasive. We have been sleep-walking in dangerous territory. ever since the Frontier Wars which we try and hide from view.

We avoid the truth today by telling ourselves that  war crimes are due to a few bad apples.  Military commanders tell us they did not know about war crimes in Afghanistan. But why did they not know? We need a Royal Commission to find out.

Our Generals  prefer to plead incompetence than accept moral responsibility. And we let them get away with it.

Worse still, governments and ministers avoid all responsibility  for involving us in illegal,cruel and futile foreign wars.

Militarisation has become an increasingly dangerous norm. We need a civil revival.

This article was originally published by The Nation. 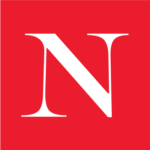