What Does China Want domestically under the Leadership of President Xi? Part 2 of 2

What President Xi wants domestically is to uphold the leadership of the CCP, upgrade China’s manufacturing capacities to middle and upper end of the production chain so as to make China strong and the people wealthy.

To do that Xi formulates what is called “the common destiny of peaceful development and prosperity together”. But who buys that?

Xi is often depicted as the most powerful leader since Mao and sometimes even accused of being a dictator. But it was Jiang Zemin who set the precedent of having the three most powerful positions in one person, General Secretary of the CCP, President of the PRC and the Chairman of the Central Military Commission. Mao held only the CCP and Military positions and hated to be the President because he did not like to dress up to receive foreign dignitaries.

Deng held only the position of the Chairman of the Central Military Commission but was able to dismiss the two General Secretaries of the CCP Hu Yaobang and Zhao Ziyang. Whether one is a dictator depends not only on personality but also on prestige, age, reputation and collegial support. Xi does not have them all. The fact that he had to abolish the two-term Presidency in the Constitution can be interpreted as Xi wanting his power to be institutionalized, unlike Deng who exercised naked personal power. But what does Xi want power for?

First of all, Xi wants to make the CCP relevant to a changing China and as a rallying force for governing China. Hence his unprecedented measures on anti-corruption, on party discipline, the imposition of value education and censorship of dissent. From his point of view if the CCP is not rejuvenated China would end up like the former Soviet Union.

Secondly, Xi wants to make China a fairly well-off country in his lifetime. Hence his signature policy of poverty reduction. The poverty he saw in the country when he was a teenager, worked as a peasant must have had a deep imprint on him. Most of the Chinese urban elite were shocked when the Chinese Premier Li Keqiang declared in May 2020 that for more than 600 million Chinese the average monthly income per capita was no more 1000 RMB (about AU$200). China is still a developing country.

Thirdly the Belt and Road Initiative (BRI) aims to kill several birds with one stone: to develop China’s West and Southwest regions as they were the most underdeveloped and poverty ridden areas; to divert trade routes away from the vulnerable seaway trade route that is patrolled by the US navy; to export capital and industrial over capacity to the less developed countries; and finally to diversify sources of energy resources.

Fourthly, to make China strong and the people wealthy, the defining aspiration for all the Chinese leaders since the Opium Wars. Xi wants China to upgrade its manufacturing capacities from the lower end to the middle and higher end of the production chain.

The intellectual narrative that is being developed in China, not just under Xi, is to unify  three  values and beliefs: Chinese traditional cultural values, the 1949 Revolutionary tradition that his father contributed to and the Western tradition of modernity: science, equality, liberty, and you may not believe it, democracy.

The Chinese political elite, with or without Xi, is not unaware that the first,  third and fourth of the list above can be a threat to the status quo of Western dominance. To reduce the West’s anxiety Xi tries to articulate the concept of Common Destiny of Mankind of “peaceful development and prosperity together”. China begs to be allowed to make its own way. Xi wants to convince the world that different cultures and political systems should seek to work to achieve what is common good while allowing  diversities and differences.

For Xi, to realize the Chinese dream through peace and development should be the same goal of other nations. BRI may aim for the good of China but  China also sees it as good for the world. China’s move to the upper end of the production chain would enable the Chinese to buy more and to sell more, which in turn is good for everybody in the world. In this narrative the common destiny is peace and development in which there is win-win for everybody.

Xi wants the world to believe the self-strengthening but non-aggressive story of China. But this China’s story has limited appeal to the rest of the world. Even the Chinese themselves are far from convinced what this China story is. Anti-corruption is OK, elimination of poverty fine. But what about equality, liberty and democracy? Many of the Chinese traditional values, the 1949 Revolutionary values and modern Western values are contradictory to each other. Can you have a kind of democracy that is not just one person one vote. But what is it? How can one protect personal freedom in a technology age while we all agree that governing measures are necessary for the public good?

While the Common Destiny of “peaceful development and prosperity together” may not have  appeal to the West because of its lack of individualist orientation, two recent developments tend to strengthen Xi’s position in China. The violence and discrimination against the mainlanders by the HK protests in 2019 and USA’s global effort to strangle Huawei so as to stop China’s technological upgrade have made the Chinese realize they need a leader like Xi who is the most articulate and focused since Deng. The right wing liberals and the Western connected comprador class are rapidly losing grounds now in China. 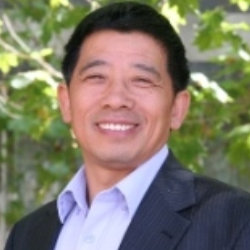