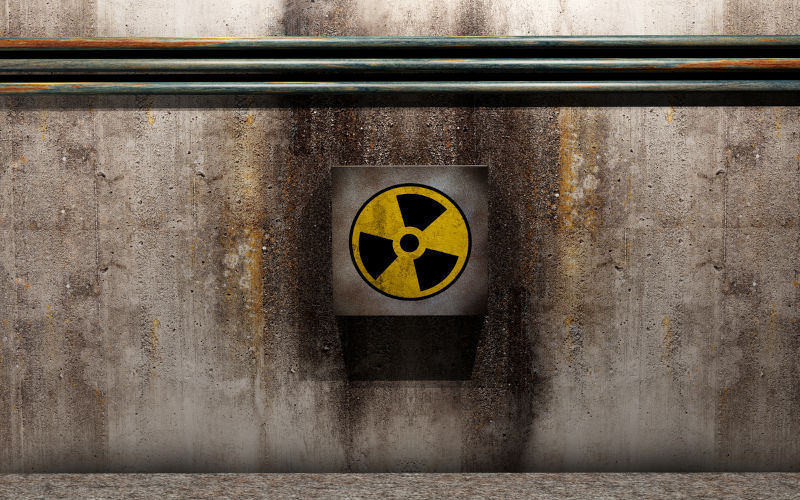 Nuclear lobby propaganda in favour of small modular reactors ignores Australia’s terrible nuclear history and plays fast and loose with the facts. Many forensic enquiries have already recommended against the introduction of nuclear power into Australia on the grounds of proliferation risk, cost, safety, and the environment.

The global energy crisis has encouraged the nuclear lobby to revive calls for a nuclear power industry in Australia, mainly by promoting the alleged benefits of small modular reactors. Predictably, the Murdoch press has led the media charge, the latest example being an article by Claire Lehman in The Australian of 25 November 2022. It contains the usual line that if we would only take an ‘objective’ look at the science, we would all favour nuclear power to make clean energy.

The article is accompanied by a cartoon by Johannes Leak showing Albanese and Chris Bowen turning up to a nuclear power enquiry in Canberra in November, saying they’ll approach it ‘with an open mind’. Albanese is wearing a ‘ban the bomb’ t-shirt and ragged shorts over bare feet. The message is that not only hippies and greens object to nuclear power, but the Labor Party as well.

As with all such propaganda, Lehman ignores Australia’s nuclear history and plays fast and loose with the facts. She calls for an ‘objective’ investigation, as if such investigations have never previously been held. But many forensic enquiries have already recommended against the introduction of nuclear power into Australia on the grounds of proliferation risk, cost, safety, and the environment. The Ranger Report conducted by Mr Justice Fox of October 1976 set the standard. Fox was more concerned about the dangers of proliferation through the export of uranium than whether Australia should have its own power reactors. But he made a clarion call about the dangers of the industry as a whole. His report was followed by a South Australian Royal Commission of May 2016, a Victorian parliamentary investigation of November 2020 and a report of the Australian Climate Council of January 2022. Despite enthusiastic lobbying from pro-nuclear engineers and representatives of the industry, the findings in each case were that nuclear power is too expensive and risky. The cumulative result is that the Commonwealth, the States and Territories have made nuclear power illegal in their jurisdictions.

Lehman promotes small modular nuclear reactors (SMRs). She claims they emit neither carbon dioxide nor methane, and are the solution to the nation’s greenhouse problems. They would be easy to transport, and cheap to install in factories or community centres without the expense of massive infrastructure. What Lehman ignores however, is that SMRs are in the very early stage of development. Only two small modular reactors are at present operating anywhere in the world – two 300 MW ice-breaker type Rosatom reactors on a 21,000 tonne vessel Academik Lomonsov, servicing the town of Pevek in Russia’s far east. Other countries are experimenting, but none expect SMRs to come on line in the near future.

Like other nuclear power enthusiasts, Lehman also ignores the fact that electricity generation through nuclear fission is losing popularity around the world. The environmental consequences of melt-downs at Windscale in Britain, Three Mile Island in the US, Chernobyl in Ukraine and Fukushima in Japan – particularly the latter two – generated enormous anxiety about safety and the long-term consequences of serious accidents. Several European countries either moth-balled their reactors or declared a moratorium on building more. Japan, with 54 operating reactors before the melt-down at Fukushima has slowly re-commissioned 10, but rehabilitation has been painfully slow as majority public opinion opposes nuclear power. France, another nuclear power champion, has 58 ageing reactors. Only one new complex is being built, at Flamanville in Normandy. It is now grossly over budget and way behind its scheduled start-up of 2012. The same applies to Britain’s only new reactor complex being built at Hinkley Point in Somerset. A proposed second one, Sizewell C in Suffolk, is likely to face similar problems.

The United States is the bellwether of what is to come. It has a fleet of 92 reactors, which generate a massive one third of global nuclear energy. But the fleet is rapidly aging. Many reactors are being shut down while only two new ones are under construction. Before the Fukushima disaster in 2011, there was talk in Washington of a nuclear renaissance, but no more. China has 48 power reactors, but they provide only 4 percent of the country’s power requirements. Japanese, Korean, French and Chinese exporters continue to be gung-ho about selling reactors abroad, but there is much circumspection about their products from potential customers.

Can SMRs save the industry? Certainly, active research goes on around the globe, and it would be premature to suggest they will not gain traction. But the literature suggests they will share many of the problems of their big brothers. Also some unique ones such as neutron leakage, higher staffing costs per unit of generated electricity compared to their big brothers, and the heightened risks of nuclear proliferation due to the large number of partially or unsafe-guarded factory locations compared to the few dedicated and well-guarded sites of large power reactors.

The final abiding problem is spent fuel disposal. The United States has about 60,000 tonnes of high-level nuclear waste with no proven storage technology to isolate it from the biosphere for the necessary 25,000 years. Yucca Mountain in Nevada was considered but lacked approval from the native Indian population. Australia has not even begun to find a spent fuel storage site for high-level nuclear waste. A low-level waste site has been chosen at Kimba on the Eyre Peninsular in South Australia, but is disputed by First Nation communities. Meanwhile intermediate and high level radioactive waste remains in storage at The Australian Nuclear Science and Technology Organisation’s base at Lucas Heights on the southern outskirts of Sydney. Where on earth (or in Australia) could space be found for a spent fuel dump for highly-toxic and long-lasting radwaste from small modular reactors?

Where, for that matter, would SMRs be built? A NIMBY reaction can be expected even from those who believe nuclear power can solve our emissions problem. And the political life of any politician who proposes building or operating nuclear reactors in his or her electorate can be expected to be short.