The University’s approach to ‘foreign interference’ puts its Chinese staff at risk. There’s a tension in the idea of the modern university, between the essentially borderless nature of knowledge production, and the rival claim that universities should serve the “national interest”.

There’s been a tug of war going on here since the Middle Ages, and universities have been losing it of late.

Having long been encouraged to internationalise and seek alternative sources of funding to make up for government cuts, universities have become deeply engaged with China in the last two decades. They’re now bearing the brunt of a political climate that casts suspicion on such ties.

There has been grumbling from the sector about this: not all administrators are happy with the encroachment of Australia’s security agencies into university affairs. Nevertheless, they are falling into line to demonstrate their willing compliance with the new discourse of foreign interference “risks”.

This was highlighted recently in reports that the University of Sydney hired private consultant John Garnaut to conduct an ‘audit’ of the University’s engagement with China.

While a journalist, Garnaut was responsible for such sensational stories as “Chinese Spies at Sydney University” in 2014. As prime ministerial advisor in 2017 he influenced Malcolm Turnbull’s turn towards confrontation with China, the centrepiece of which was a suite of new security laws. He is now a senior fellow at the Australian Strategic Policy Institute (ASPI), the think-tank most responsible for hyping threats from the PRC.

In commissioning this audit (of unknown cost), it seems that the University may have singled out certain of its staff for special scrutiny: either those of PRC background, or those who collaborate with the PRC. We’re entitled to ask: which was it, and why?

The University also needs to clarify what this audit was looking for. For some time, ASPI has been pushing exaggerated narratives of PRC interference via recruitment programs such as the ‘1000 Talents’ plan. In 2020, Sharri Markson picked up on these ASPI reports to splash the names and faces of Australian academics across the pages of The Australian, citing the director of the FBI to brand the program ‘economic espionage’.

The University presumably abhors such public targeting of scholars, but it is a predictable outcome of today’s scare campaign towards China. If the University’s approach to ‘foreign interference’ is to be dictated by foreign policy partisanship that positions the PRC as an enemy, it puts its Chinese staff at risk of future such attacks.

As the brewing new Cold War with China reshapes the university environment, there’s a lesson we can take from the first one. As much as McCarthyism is associated with the paranoia of one politician, most of the damage to lives and reputations in that period was done by universities pre-emptively capitulating and policing themselves to show loyalty to the policy imperatives of the day. We’re not there yet, but there are trends in the current climate pointing in this direction, and they need to be resisted. 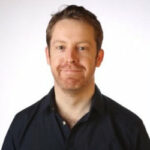 David Brophy is senior lecturer in modern Chinese history at the University of Sydney.