While many have described the 2020 budget as designed for men (Ross Gittins, Blokey budget reflects core values, SMH, 21 October 2020), it goes deeper than that. This budget was not crafted from thoughtlessness; its intimidating outcomes were intended.

Warnings came before the 2019 election. Morrison said: “Women can have equality as long as it doesn’t affect others.” That was worse than John Howard’s largesse in family allowances in his picket fence budgets; this tawdry PM Morrison insists that women must be subservient.

While Gittins said ‘the blokier you are, the harder it is to see what’s blokey’ about the budget, this is not ‘blokey-ness’ but straight male supremacism that insists on fixed traits of men and women. Morrison knows he lost the female vote last year: Shaun Wilson (https://oddsocs.wordpress.com) showed that in May 2019, the Coalition in two party preferred terms won only 46% of women’s votes ,yet 55% of men. Morrison has no “reason” (always electoral), then, to offer a gender-balanced budget, and must dismiss the dangers.

These include steep rises in unemployment, poverty and climate change horrors. His female political toadies and pretend-men in executive suits parrot his excuses that further demean women – “women drive on roads”; they “aim for university” (Morrison having just blasted the tertiary sector). His insults include such stunts as his blokey chicken coop – hens to be named after PM’s wives.

Even so, few men benefitted from this Blokey Budget either, while well-off men do remarkably well on their tax cuts. “I bet it’s never crossed Morrison’s mind that his commitment to Smaller Government is biased against women and the further growth of female employment,” said Gittins, who has also repeatedly criticised the regressive and economic uselessness of Morrison’s tax cuts.

One reason for women’s low wages involves the availability of jobs in the service sector, which is four times bigger than goods production and employs 54% of women, as Gittins shows. Other than the mostly male, high wages, at senior levels, the service sector is dogged by an old male assumption that it’s ‘uncountable’. Orchestras cannot play the Minute Waltz in 50 seconds; the work of a well-taught student or a beautifully cared-for patient has an unmeasurable ‘output’.

But counting goes on. Meaningless metrics drive the kindergarten teacher, the police worker or hospital staff away from their actual jobs, often to resign. Academic careerists ignore the fact that Hitler’s Mein Kampf is cited more than 3000 times!

Making services pleasurable and welcoming for all is through hiring and training many more people, not the vicious employer tool, HR. Whereas the financier’s output is measured by dollars and the politician’s by surviving electorally, these fairly unskilled service areas tempt many to cut corners.

Labor budgets have been harsh, but Liberal PMs and Premiers are rigid. During the pandemic, the female NSW Premier cut wages of the public sector (services). She removed the homeless (e.g. those camping around the Reserve Bank of Australia’s verandah, embarrassingly close to the Bear Pit). While they are soft on themselves, the Queensland opposition leader wants stiff curfews such that under 18s will be under house arrest after 8 or 10pm, or parents will pay fines. She calls this crime prevention, in towns with large Indigenous populations. The idea of welcoming children into the adult world is as foreign as decent asylum seeker policies.

The Federal Labor opposition woke up and called for universal childcare as one alternative budget response. Although childcare improves family choices immensely, low income households face hurdles, and childcare workers (and in aged care) require wages above the level Gillard achieved until Abbott slashed them. Anthony Albanese aims for the Liberal female vote, against Coalition women’s grumbling that childcare creates ‘pressure’ on mothers at home. But no one is forcing parents to use universal childcare. Other ALP strategies would be to entice low-income men and women to desert Liberals via improvements in wages and working conditions overall; and via new jobs (green: away from mining); and to attack corruption, bank usury and Robodebt. Social housing is an excellent ALP policy for hard hats and the homeless.

In the absence of a budget with anything for women, the Liberals’ dim-witted men  embarked on a fertility drive. Today’s annual ‘natural’ population increase comprised 38.2%, down 5 percentage points from 2019, as typified in Australia’s Depressions of the 1890s and 1930s. Migrants contributed 61.8% to population growth, but immigration collapsed in 2020. Men telling women how many children to have: these disgusting pro-natal campaigns mean more cannon fodder and more consumers. At least Peter Costello copped outrage for his Baby Bonus. The demographic shift to full wage labour rendered child-rearing very expensive, however children are loved. Moreover, the growth of variations in household types and sizes (elderly) is a long-term permanent composition change, which rears only some children. 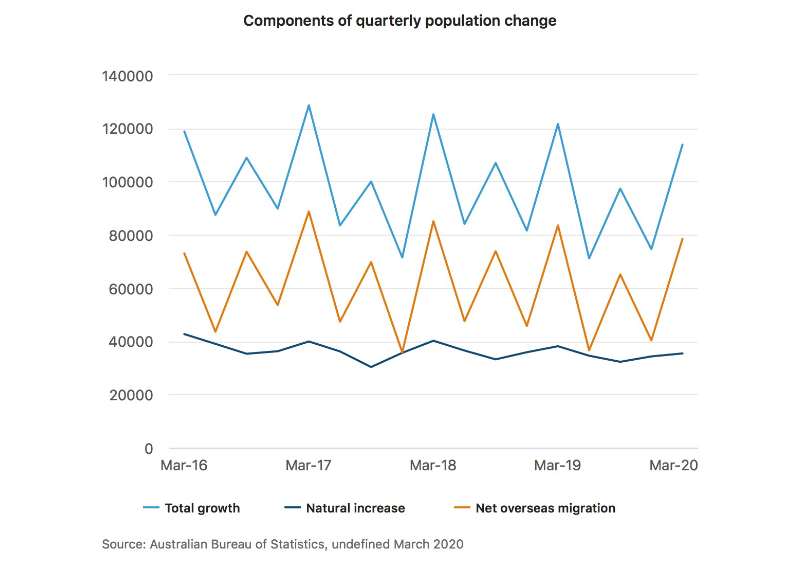 A 1980s Marxist-Feminist article called “Does Lady Astor oppress her garbageman?” is a reminder of class-male domination. Now hypocritical opportunists rule Australia with policies that make life difficult for many more women and men who care the most and pay most taxes. I think mockery is needed to frighten Morrison.

Jocelyn Pixley's research is on Citizenship and Employment (1993); Emotions in Finance (2004;2012), Mobile Capital, and Central Banks (2018), with CUP. She is an Honorary Professor in Sociology at Macquarie.